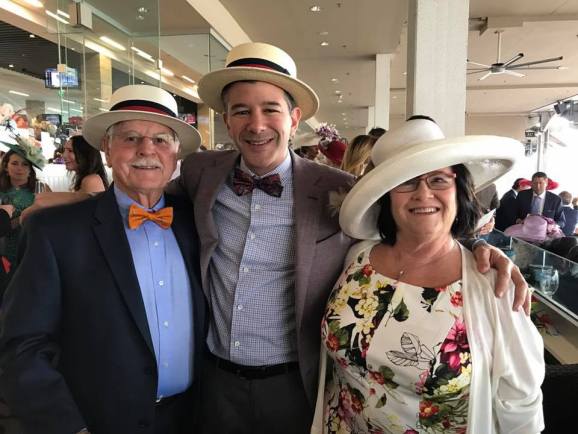 Bonnie Kalanick, the mother of Uber CEO Travis Kalanick, died Friday evening in a boating accident outside Fresno, Calif. Donald Kalanick, Travis’s father, suffered “moderate injuries” as a result of the accident and is currently hospitalized in Fresno, according to a report by the Fresno County Sheriff’s Office.

The Sheriff’s Office received a report of the accident slightly before 5 p.m. Friday. Deputies with the office’s boating enforcement unit already patrolling the lake went to investigate, along with deputies aboard the department’s helicopter. They later found Donald and Bonnie on shore.

A preliminary report indicated that the boat the couple was in struck a rock and sank, though the exact cause of the accident is still under investigation.

Travis was close to his parents, whom he moved back in with while working on Red Swoosh, a peer-to-peer file sharing company he cofounded prior to Uber.

Donald and Bonnie were longtime boaters in the area, a source with knowledge of the events told VentureBeat. Travis’s brother Cory is a firefighter in Fresno.

“Last night, Travis and his family suffered an unspeakable tragedy. His mother passed away in a devastating boating accident near Fresno and his father is in serious condition. Our thoughts and prayers are with Travis and his family in this heartbreaking time,” Uber said in a statement released to the press.

An email sent to Uber employees by Liane Hornsey, the company’s head of human resources, is reproduced below.

I’m writing to share some heartbreaking news. Last night Travis’ mother died in a tragic boating accident near Fresno. His father, who was also on the boat, is in serious condition and is being treated at the hospital. This is an unthinkable tragedy as everyone in the Uber family knows how incredibly close Travis is to his parents.

Our thoughts and prayers are with him and his family, and we wanted to let his Uber family know right away.

I know we all want to do whatever we can to help, and I’ll communicate again as soon as there is something we can share.