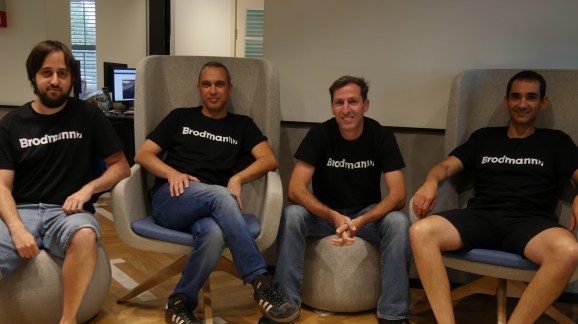 A new Israeli machine learning startup is throwing its hat in the computer vision ring with an algorithm that it says can beat the best on the market. Launching today, Brodmann17 touts new machine vision products that can help with pedestrian detection, face detection, and other tasks.

One of the biggest problems in machine learning is getting advanced algorithms to run efficiently. It’s one thing to train and run models on a power-guzzling server loaded with top of the line silicon and another to make them work on embedded processors in a smartphone, connected car, or camera. Brodmann17 claims that its algorithm is able to work on a wide variety of hardware and is faster, more accurate, and more efficient than other state of the art offerings.

That’s key for driving applications of the technology, since hardware manufacturers want to add intelligent capabilities but don’t want to dedicate a GPU for computer vision tasks on a mobile device, according to Brodmann17 CEO Adi Pinhas.

“No one wants to put a very hot, very expensive GPU inside an [Internet of Things] device, or inside a smartphone,” he said.

In order to address that problem, the Brodmann17 team has created a new deep learning architecture, according to Amir Alush, the company’s CTO. The algorithm isn’t just taking an existing architecture and compressing it to run on a smaller device, instead it has been built from the ground up to be efficient.

“We’ve discovered that deep learning architectures have a lot of redundancy in the computations they do,” Alush said.

For example, the team is able to do real-time face detection running at about 25 frames per second on a single Samsung Artik A15 processor core. The demonstration code isn’t optimized for the Artik chip, so it’s possible Brodmann17 will be able to get additional performance gains in the future, according to Alush.

Brodmann17 isn’t publicly providing explicit detail on the inner workings of its algorithm just yet, though it plans to do so later this year. However, the team seems capable of advancing the machine vision field. Pinhas and Alush have each published multiple papers on the subject. Chief scientist Assaf Mushinsky previously worked on machine vision for Samsung and EyeSight Technologies. The technology behind Brodmann17’s algorithm originated in a lab run by Lior Wolf, a professor at Tel Aviv University who’s currently working as a research scientist at Facebook. If their claims pan out, the technology opens up a range of possible applications.

The team raised a $1.6 million seed round co-led by Lool Ventures, Samsung Next, and the Sony Innovation Fund. After verifying that the company’s technology claims were credible, making the decision to invest was fairly straightforward, according to Lool general partner Yaniv Golan.

“Once we understood the significance and the impact [of Brodmann17’s technology], and the business the company’s generated with actual implementations with commercial customers, it was a really easy decision,” he said.

The Israeli startup is named after Korbinian Brodmann, a scientist who divided the human brain into 52 regions, according to the way they function. The name refers to Brodmann Area 17, which is located at the back of the brain and is the primary visual cortex.

Integrating Brodmann17’s image processing technology doesn’t require specialized hardware or software — one of the company’s customers is able to deploy the technology on existing devices using a software update.

It’s also possible for customers to upgrade Brodmann17 models that they’ve already deployed, based on refinements that the team makes over time.

Brodmann17 is primarily selling its technology to companies that have tried and failed to make existing open source computer vision tools work for their applications, according to Pinhas.

“When we are meeting different companies, they already know what they want, in terms of what they expect deep learning to do, what resources they have, and so on,” he said.

Right now, the company is focused on building products around key problems like pedestrian detection and face detection. The team plans to stay focused on computer vision going forward. There’s a lot to be done in the field, and no shortage of applications.

Correction 9:35 a.m. PT: An earlier version of this article said Lior Wolf is an advisor to Brodmann17. He is not.