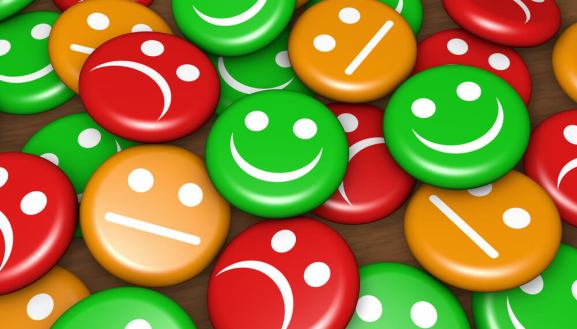 In April 2016, Facebook launched an open version of Messenger that invited developers to create artificial intelligence chatbots that would interact with Facebook users. The excitement that followed was immediate, and by June 2016 11,000 bots had been made available.

Chatbots were predicted to change the way consumers and brands interacted. Interactions like calling a company’s customer service line and punching in a number to select a menu option or locating a confirmation email and printing the confirmation code were going to be replaced by the help of brand chatbots. All of our online purchases, dinner reservations, trip details, etc. were going to be handled within our messaging apps.

The most exciting part of all this was that chatbots were going to understand the nuances in human language, i.e., context, tonality, and cultural references, and be able to respond accurately to customers. However exciting this may have seemed, it was only going to work if these chatbots could properly understand human speech, which has always been hit or miss.

Straight away, the bots appeared to be a disappointment, with many early adopters comparing bots’ intelligence with that of the Microsoft Office wizard from the ’90s. Now, as we reach the middle of 2017, we still use emails, phone calls, and mobile apps to interact with brands. In fact, few people have ever tried to use a chatbot, and even fewer companies have spent the time and money to deploy one.

According to a recent Forrester Research executive survey, just 4 percent of companies have deployed chatbots, though 31 percent are testing them or have plans to roll them out. The percentage of companies using human-manned chat services is still higher.

Widespread negative opinions have many people wondering if there are any chatbots that users have actually found useful? And, if not, is this evidence that chatbots are nothing more than a fad, à la Facebook’s “poke” feature or Pokémon Go? Let’s find out by first understanding what exactly it is that has made chatbots so disappointing up till now.

What are chatbots missing?

One traditional argument against chatbots that everyone seems to agree on is that their interactions with clients can seem canned. Early adopters claim chatbots have the same variety of conversational skills as automated call menus. Users can ask very general questions to a chatbot to get a very standard, short response.

Two messages into the conversation with the H&M chatbot, and Ted’s already made an error. He has hastily written “Women’s” instead of “Men’s” when asked to choose between a type of clothing. Ted attempts to back pedal to correct this mistake, but the chatbot isn’t equipped to handle any responses other than the ones it has presented Ted.

Ted’s numerous attempts to craft the magical message that will make the chatbot understand that he wants to go back are met with the same canned response. Eventually, Ted cuts his losses and moves on to try his luck with a chatbot from a different company.

While this mistake was the consumer’s fault, customers change their minds all the time, and the need to go back or choose a different item is part and parcel of the customer service industry. If chatbots are going to take over as an alternative to emailing and calling brands, they’ll need to be able to help consumers through the whole buyer journey, mistakes and all.

Have any useful chatbots been deployed?

Chatbots that have been designed to be a bit less ambitious can operate successfully, thanks to a simple set of actions that narrows the possible variations in commands and responses.

Now users can forget about saving links and bookmarking pages. Their shopping wish list will be waiting for them inside Facebook Messenger. Also, for items that are out of stock, users can save those pages too, and the Shopify bot will notify the user when the product is in stock again. It’s a nifty app, and it works because it depends on simple Natural Language Processing (NLP) and Machine Learning (ML) technologies.

Because of the lack of advancement thus far in NLP and ML technologies, chatbots are currently only able to handle basic interactions. These technologies help chatbots recognize the many nuances in human conversation and respond in kind. This technology is still very much in its infancy, however, which is why chatbots currently seem like a feature from the ’90s. But tech companies like Google, IBM, and Amazon are making substantial investments to advance the functionality of AI chatbots.

While these advancements slowly progress, chatbots are resigned to a basic level of functionality, which is not giving users any incentive to interact with a chatbot instead of emailing, calling, or using mobile apps. But while the first year with AI bots was disappointing, tech experts are not ready to dismiss chatbots just yet.

Facebook’s Messenger app is growing at a faster rate than the Facebook platform itself. Messaging apps continue to be where people spend the most time when on their phones, which leaves a lot of potential for chatbots, especially in terms of infiltrating the ecommerce markets. For the F8 conference in 2017, chatbots and ecommerce were still a big part of Facebook’s conversation. Currently, Messenger has added a Discover tab to make it easier to locate particular bots.

With chatbots in messaging apps, brands could learn more about their customers’ preferences and build user engagement. Needless to say, the desire for better chatbots hasn’t gone anywhere.

So what do we do while we wait for chatbots to advance?

The technology isn’t quite there yet, so until it is, the best option for brands interested in using chatbots is to offer a human-bot hybrid. Hybrids incorporate both chatbots and customer support from an actual representative. Chatbots engage with customers to field the easy questions, and then the bot directs the consumer to a support person who can finalize the process or answer detailed questions. This way, if the customer gets stuck in a confusing conversation with a chatbot, the support person is just moments away from intervening.

Ted Carmichael, who had the bad experience with the H&M bot, found success when working with Burberry’s bot. He asked the bot to show him what trousers Burberry had in stock, which it did. But when it came to discussing specifics, like pant leg length or type of fabric, a customer support person took over to make sure all of Ted’s questions were answered adequately.

In conclusion, they’re not a fad — at least not yet

So chatbots may not have had the impact that we eagerly anticipated just yet, but this doesn’t mean that they won’t deliver on their promise. Developers will have to go a few rounds with chatbots before they reach their full potential and become our own personal AI assistants. Let’s just hope this happens before the next advancement in technology steers us in another direction.

Albizu Garcia is the CEO and cofounder of Gain, a marketing technology company .