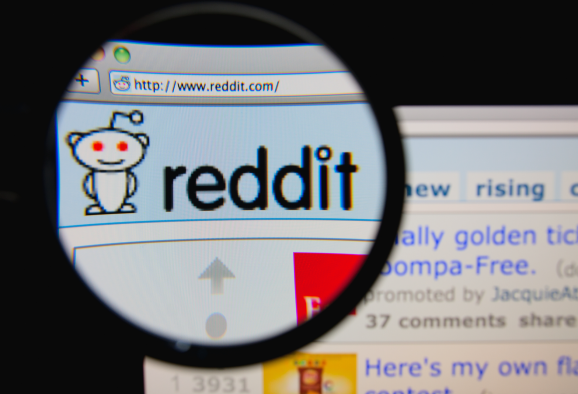 Social listening tools have been around for some time. Of course, that doesn’t stop a third of the world’s biggest brands from ignoring your social media-based complaints entirely.

But for the 66 percent that do care enough to hear what you have to say, social listening tools can help them keep tabs on conversations about products, services, and business so they can react in a timely manner.

And today, Brandwatch has become the first social intelligence provider to include data from Reddit — the self-proclaimed “front page of the internet.” For those concerned with Reddit’s mission and the anonymity that comes from posting there, not all data will be analyzed by Brandwatch.

This new feature provides users with insights within both its Analytics and Brandwatch Vizia 2 social listening tools. This includes access to the posts and comments contained among more than 130,000 active subreddits.

“Reddit is punching well above its weight in terms of content sharing and is one of the biggest places on the internet for the propagation of news and articles,” Amy Collins, vice president of data at Brandwatch, told me. “The whole system is, in essence, gamified to reward those that share unique content.”

One of the key areas Reddit data can help marketers is in understanding what users think of a business.

“Reddit users debate ferociously, so it’s a fantastic place to gauge the state of consumer opinion,” Collins said. “One of our video gaming clients sees this as a key network for gathering feedback when launching a new game. This data will feed directly into the release process. Another reason that this network is so important is because of the niche communities that focus closely on specific topics.”

And Collins believes Reddit data offers a reflection of natural, unfiltered conversation when it comes to public opinion, feedback, and future needs.

“Reddit is basically anonymous, and this yields a very different conversation than a platform that is linked tightly to one’s identity,” Collins said. “This data is fantastic for observing early funnel research questions, as people explore possible purchases. People look for honest feedback they might not seek on their public Facebook profile around potentially sensitive subjects.”

“Anecdotally, I hear a lot more talk of people quitting the big networks,” Collins said. “People seem increasingly aware of the addictive nature of the continuous scrolling feed and the instinctive fiddling with their phones. Also, there is an increasing understanding of — and discomfort with — the way that they are targeted. This awareness was boosted significantly after the Trump election, as people started to unpick how it happened.”

The topic of authenticity and Reddit’s influence in the U.S. elections was something we discussed at length with Alexis Ohanian — cofounder at Reddit — for the VB Engage podcast at Web Summit last year, and Collins believes it is something brands need to keep in mind when interacting with the site.

“Judging by the lively, take-no-prisoners banter, I would suspect that any polished, official speak would be ripped to shreds,” Collins said. “On the other hand, raw, unvarnished opinion may be the best route to gaining a community of advocates. Tell it like it is.”

This latest addition to Brandwatch comes on the heels of other recent announcements, such as the inclusion of enhanced Asia Pacific data, and an expanded strategic partnership with Twitter.

“Brand perception is key for marketers when it comes to understanding consumers,” Alex Riccomini, director of business development and media partnerships at Reddit, told me. “As Reddit continues to grow as the home of online conversation, it’s a crucial place for marketers who are invested in the customer. We’re excited to be working with Brandwatch to provide this insight for their customers while maintaining API compliance — something that we take very seriously.”

Reddit data is available to all Brandwatch customers at no extra cost as of today.

Update June 12, 2017 3 a.m. PT: After publishing, a number of social listening vendors approached me to state that they have had access to Reddit data for some time. I reached out to Reddit, which clarified that Brandwatch are the first to use its data in this particular context. Here is the statement:

“Reddit’s data has been (and is still) available through our public API with its own set of terms and policies.

Our partnership with Socialgist offers third parties a richer data experience than what’s been available through the public API, plus it provides guidelines on use to ensure compliance with our content and data policies.

Brandwatch is the first entity to license our data through Socialgist, but it’s accurate to say that others have had access to Reddit data through our public API. That said, the companies you’ve mentioned appear to be in violation of our terms of service with the restriction outlined in section 3.”