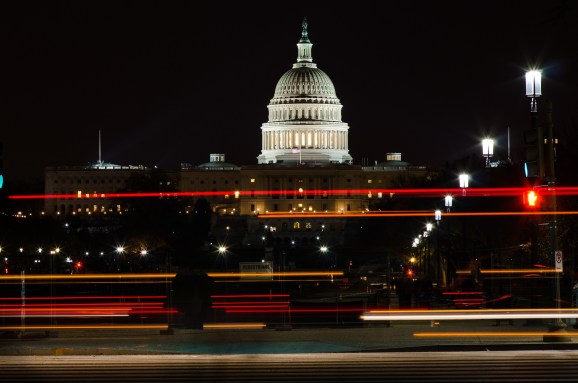 Silicon Valley often has a hard time reading political tea leaves. The logic that drives tech and venture capital tends to be the diametric opposite of what drives decisions in Washington, and neither side seems capable of understanding how the other thinks. That’s why there’s a real risk late stage startups could fail to spot a potential life preserver – one resulting solely from the desire of Congressional Republicans to maintain their majorities.

The first rule when it comes to predicting outcomes in Washington is that general incompetence, polarization, and dysfunction guarantees that virtually any attempt to pass laws or create new policy will fail. The second rule is that because the self-preservation instinct of politicians is so strong, Congress will occasionally overcome its inherent incompetence when necessary if it means its members can avoid having to find a job in the real world.

The combination of Trump and the Mueller investigation puts the House GOP majority at risk and threatens the Senate GOP’s opportunity to consolidate and extend its power. Republicans will need something tangible to point to in 2018 (an unpopular heath care bill will not help in swing districts), and its best firewall against a Democratic surge is a surging economy.

There are three bills Congress could pass to help fuel the economy and drive the market: (1) Tax reform, comprised of corporate tax cuts, individual tax cuts and capital gains tax cuts; (2) Infrastructure spending, especially if money can be deployed into the economy quickly; and (3) Dodd Frank reform to eliminate regulatory burdens that are seen as unnecessary and ineffective.

Why does any of that matter for startups that don’t pay taxes, aren’t subject to banking regulations, and don’t care about new road and bridges? Because if Congressional action makes retail investors exuberant enough, many of the issues late stage startups are trying to resolve before going public will matter a whole lot less than missing out on the momentum of a massive, Congressionally inspired bull market. The problems will still exist, and they’ll be factored into the valuation, but if investors are frenzied enough (as we’ve seen multiple times in the past), they may not really care.

Take two examples from our portfolio.

Uber has a long laundry list of problems to solve before going public. The reset has finally begun but there’s a long way to go until there’s a full management team in place, the Holder report recommendations have been implemented and the culture changed. But it’s going to take Congress at least a year to pass any of the three reforms above, which offers time to make real progress on each of the major issues facing Uber (the Waymo litigation could drag on for a while, so its ultimate resolution can’t be a determinant for going public one way or the other).

If the market is booming because Congressional Republicans needed to juice the economy to stem a midterm disaster, Uber may not have solved all of its problems, but the opportunity at hand may mean the company doesn’t need to before going public. In other words, it may make sense to take advantage of the market’s momentum and sort out the rest of the problems later.

FanDuel is another good example. Assuming the FTC approves FanDuel’s merger with Draft Kings this summer, there’s still work to do before a potential IPO: turning two companies into one, continuing to expand the product and customer base, and continuing to pass legislation solidifying the consumer’s right to play daily fantasy sports in most states. You could say, “They shouldn’t go public until their regulatory roadblocks are resolved in x% of states.”

But guess what? Most public companies have plenty of regulatory hurdles too. If market conditions aren’t right for an IPO, then resolving each regulatory challenge in each state before going public makes sense. But if a tax cut and infrastructure spending and regulatory reform juice the markets and create a very healthy appetite for a daily fantasy sports IPO, they may want to go for it anyway.

Do tax cuts and new spending mean every startup should rush to go public? No. Some later stage startups still won’t be ready and some may be too obscure to benefit from retail investor over-exuberance. But for brand name startups like Uber, Airbnb, FanDuel, Dropbox, Blue Apron, Stripe, and others, the opportunity offered by a raging market, by enthusiastic investors, and by banks eager to underwrite high valuations may outweigh the reasons they’d otherwise wait to go public (or explore other exits like an acquisition).

Will Congressional Republicans be able to bring together the myriad wings of the party to pass legislation on really major issues like taxes and regulations? Probably not. But you should never underestimate a politician’s desperation to stay in office. In other words, their self preservation could turn out to be some startups’ salvation.