Levin, an economist and the president of Yale University from 1993 to 2013, exited retirement to join Coursera as CEO in 2014, replacing cofounders Andrew Ng and Daphne Koller, who had shared the CEO role since the company’s inception. 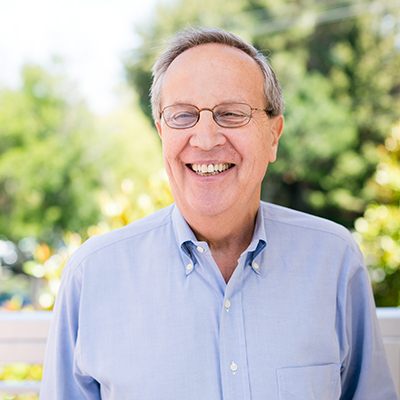 Founded in 2012, Coursera partners with universities and educational institutions to deliver online courses to more than 26 million students, covering technology, business, and science, among other subjects.

“When I accepted the position of CEO in the spring of 2014, the board and I agreed that my task was to help transform a brilliant and inspiring idea into a thriving company that could then be handed off to someone who would lead it for many years to come,” said Levin, in a press release. “I found these three years to be extremely fulfilling — we’ve grown from 7 to 26 million registered users, from 150 to more than 2,000 active courses, and from 65 to nearly 300 employees.”

Maggioncalda served as founding CEO and president at Financial Engines from 1996 to 2015 and took the company public in 2010. During his two-year “sabbatical,” Maggioncalda has continued to serve as a senior adviser at McKinsey & Company, according to his LinkedIn profile, and as a board member for Silicon Valley Bank, while taking time off to “travel, learn, and spend time with his family.”

“In Jeff, Coursera will have an outstanding leader who has not only a deep appreciation for our mission, but also the experience to lead the company through years of growth,” added Levin.

Coursera has raised around $210 million in funding, including a $64 million round just last week. That its CEO has decided to leave so soon after a big round of funding, making way for a man with experience taking a company public, could suggest that Coursera is mulling an IPO in the near future.

Though he’s stepping down as CEO, Levin will remain at Coursera as a senior adviser.

“When I agreed to become a senior adviser to Coursera in 2014, I had no idea that Coursera would capture my imagination so fully and that the board would convince me to become CEO,” Levin told VentureBeat. “We agreed then that I would serve around a 2-3 year term focused on putting the company on a solid path towards long-term growth and sustainability. With that goal accomplished, the board and I agreed it was the right time to hand over the reigns to someone who could lead Coursera for many years to come.”