The announcement was made by Nokia executives including CEO Rajeev Suri at an event called “IP Networks Reimagined” held today in San Francisco. 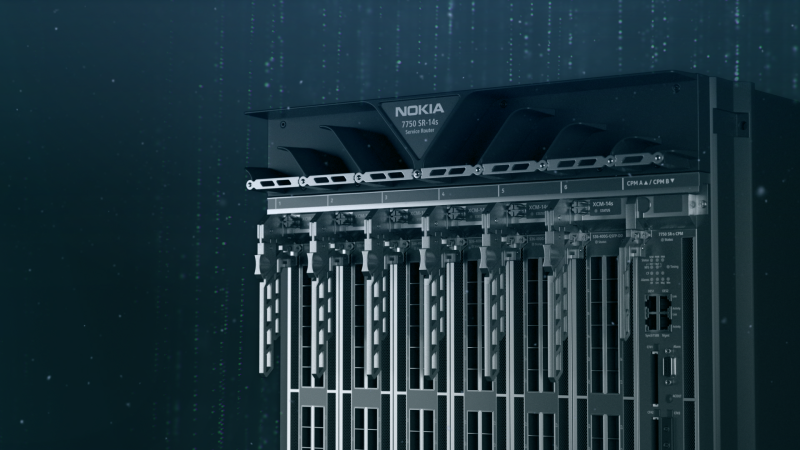 With FP4, the single-shelf Nokia 7750 supports a 144 Tbits/s configuration and can scale up to 288 Tbits/s in capacity, while the new routing system brings 576 Tbits/s capacity.

The chipset was created, said Nokia IP and opticals CTO Steve Vogelsang, to provide the speed demanded by emerging technology.

“The last 10 years has been all about doing video delivery so we’ve built out the topology of the internet, we’ve been optimizing it all around the challenges of how do we distribute and deliver video to end users,” Vogelsang said in a phone interview with VentureBeat.

Nokia’s Bell Labs estimates that IP traffic will more than double in the next five years as technologies like autonomous cars, machine learning, and Internet of Things sensors become more prevalent.

“We estimate in the next 10 years, 100 billion new devices will come onto the network, and know these devices aren’t just end points to receive information but increasingly they’re sensors that are gathering information and pushing a lot of traffic back into the network,” said Vogelsang.

In addition to gains in speed, the FP4 will be able to promise security improvements.

“What we were able to do with the new silicon is instrument silicon so we can do the vast majority of DDOS protection in the network so every router in the network suddenly becomes a DDOS mitigation device, and that’s really been huge when we talk to customers. About 90 percent of the traffic, which is really what causes the big problem the volumetric traffic, we can basically block in the network itself,” Vogelsang said.