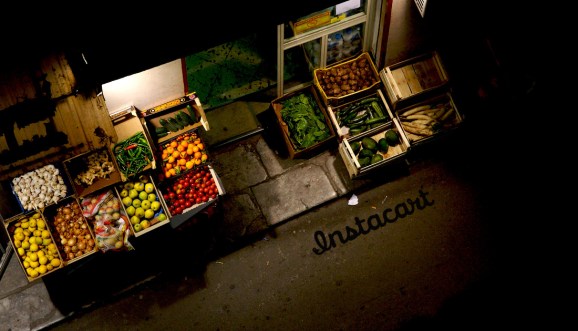 Instacart offers an app and website where customers can order groceries from local stores.

Holy crap, Amazon’s buying Whole Foods!? As this news sinks in, the knee-jerk question many investors and reporters are asking on Twitter is: What the hell happens to Instacart, the startup that Whole Foods invested in last year?

Instacart powers online deliveries for Whole Foods, and lots of other grocery stores, too. While the startup’s had its share of controversy — a cease-and-desist order from Trader Joe’s, questionable pricing and tipping policies, and so on — Instacart has become one of the most popular ways to order groceries from a smartphone in the U.S.

Cautiously dubbed the next WebVan (that label gets tossed around a lot), Instacart may have been a driving factor in Amazon’s decision to boost investments in Amazon Fresh and build a crazy experimental grocery store. That, and Amazon’s war with Walmart, whose $3.3 billion acquisition of Jet.com showed it means war.

So what will this deal mean for a startup that’s backed by Whole Foods and delivers its groceries but competes directly with the chain’s new owner? It may depend on how much money Whole Foods put into Instacart — that amount was never disclosed, but Bloomberg pegged it around $36 million. It also depends on Amazon’s willingness to absorb a competitor instead of just annihilating them. Here are a few ways this may play out:

A Whole Foods-Amazon deal is bad news for just about every traditional grocery store, as our sloth-like, smartphone-dependent society increasingly relies on apps to feed ourselves. It’s probably even worse news for other delivery startups hoping to work with Whole Foods, but now those companies have a good reason to seek acquisitions. The news is worst of all for Walmart, who just lost a ton of organic, gluten-free ground to Amazon.