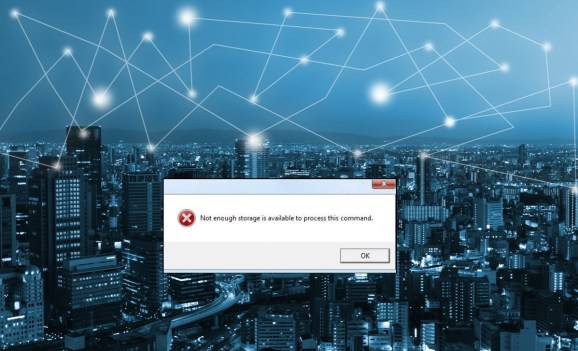 With all of the excitement around blockchain technology, it’s easy to think what we have now is the foundation for the next wave.

Yet, it’s worth remembering we are still in the early stages. The blockchains we have today probably won’t be the blockchains of tomorrow.

I am still bullish on Bitcoin (for reasons that go beyond this post), and Ethereum looks promising. It also has a lot of technical questions that surround it.

As Muneeb Ali of Blockstack said, “At scale, Ethereum is designed to fail” — though he was quick to add that there’s always room to make changes in the future.

He didn’t mean, “it will intentionally fail.” However, if you think about the nature of blockchains — everyone has a copy of the ledger (with all the storage space that entails), which these days is about a 100GB download. Furthermore, in the case of Ethereum, ever more third-party applications and sub-economies are being launched to run on top of it, and all of that code runs on the distributed network too. So it makes sense to start asking questions.

In industry jargon, this problem is known as “blockchain bloat.”

Many people see it as an existential threat to the mass adoption of blockchain technology, even though Ethereum’s creator, Vitalik Buterin, isn’t one of them as he explains in this (long) post.

So, with that in mind, let’s look at two interesting alternatives I’ve come across that try to address this issue.

Like any other technology, it is near impossible to predict its success or failure. It’s the exploration and investigation of the concept that is critical to our understanding of how the Age of Blockchains comes upon us.

IOTA made news recently because its listing on one of the cryptocurrency exchanges resulted in a Day One valuation of $1.5 billion dollars. Yes, with a B. That’s insane, but what they do is not.

I had the privilege of chatting at length with David Sønstebø, the project lead. The focus of IOTA is, as you may have guessed, primarily the Internet of Things.

If we are going to unleash the power of IOT devices to communicate with each other, take value from the network, and give value to the network in the form of crypto-tokens, it is unlikely one global blockchain is going to be able to record all the information from all the devices in near real-time and verify it.

When a Nest device senses it’s too hot in a house and tells the lights to dim and the smart shades to close, multiplied by every house in the world, you can start seeing the size and scope of the challenge. It is simply unpractical and unfeasible to verify every transaction.

IOTA says don’t worry, you don’t have to. And, by the way, it won’t cost you anything except for a small amount of computing power (enough to dissuade spammers).

Its approach is called “Tangle.” What it does is require each device to verify the transaction of one other device and, in turn, its own transaction is verified by two other devices.

Think of it this way: I verify that Alice gave $10 to Bob. John also verifies that. We were both “witnesses” of sorts. If we do that twice, that’s our “Proof-of-Work.”

Now, that transaction can’t actually be counted until my own trustworthiness is established, which is provided when Satoshi and Nick both verify my transaction.

This is how IOTA ensures that more transactions = more validation = higher throughput and with no fees.

Collusion is removed because the transactions are verified by randomly assigned nodes within the network.

When all is said and done, I only need to keep a VERY small set of transactions in my memory, but they can be verified at any time and have been verified. As such, the concept of “full nodes” as is common in Bitcoin and Ethereum, goes away. Every node is a micro-node, fully distributed, and relatively inexpensive to operate.

That’s how you do blockchain + IOT convergence at global scale. Or at least it’s one option.

One business note about IOTA is that it is technically a foundation that raises money from the likes of Microsoft and Cisco. These giants, and others, are already using the IOTA protocol in some devices and support the core team (in the same way organizations support the Linux Foundation, which is IOTA’s preferred long-term funding model) to develop the technology further.

Sønstebø told me the foundation has enough funds in the bank to go for the next three years without any more fundraising (though that is not his plan, of course!).

If you want to get mega-deep, here’s the IOTA whitepaper. If you don’t want to go as deep, read this IOTA primer.

One of the challenges that current blockchains have is that the way they certify/verify transactions (for the most part) comes from something called Proof-of-Work.

This is the completion of a complex mathematical puzzle that demonstrates that someone, aka a “miner,” devoted CPU time and electrical power, representing his or her investment.

As these algorithms become increasingly complex, the amount of computational power required to complete them has grown exponentially. As a result, contributing time as a miner (and obtaining any mining rewards) is out of reach to all but the most industrial-scale farms in places like China, Iceland, and other places where electricity is cheap. Check out this video to see what you are up against.

Nimiq is trying to democratize this. Its goal is to make anyone with a browser — yes, even you — a miner who can authenticate transactions.

You can try this out yourself on their betanet. It’s pretty slick.

Nimiq uses something called the Mini-Blockchain Scheme and allows for Light-Clients (like a browser). It uses something called an AccountsTree (similar to Ethereum’s Merkle-Patricia-Tree) and the concept of a Headers Chain, which means you don’t need to store the ENTIRE history of the blockchain. The cryptographic links are secure so you know you’re covered. You don’t have to know what transaction #1 was (though you can get it, if you want, presumably).

To make it even faster, these Micro-Clients only download the segments that are relevant to the user’s accounts. It’s lean and mean that way.

The other thing Nimiq is doing is taking some of the transactions off the chain while maintaining all of the benefits of having a blockchain as backbone. This is good because it avoids additional processing, time, and storage that a standard blockchain requires.

Bitcoin (with Lightning) and Ethereum (with Raiden) are trying to do the same thing. Nimiq has already built it.

Think about it this way: If you and I are business partners, we can buy and sell with each other and not verify EVERY single transaction on the actual blockchain. We just keep a ledger between the two of us, protected against double spend, and then, when we want, we settle the bill on the blockchain.

It’s like a bar tab. The bartender opens it at the beginning of the night, you can add to it (remove if necessary), and then, at the end of the night, you settle. Same idea, but you don’t swipe your credit card for every drink all night.

Nimiq has a token sale (which I am sure will do well) on June 28.

We are in the very early stages of blockchain. The hype and hysteria are immense, but remember, just as there were Excite.com, InfoSeek, Magellan, and Northern Lights before Google came along, we knew there would be a search engine. We just didn’t know which one would win.

There are going to be many, many blockchains. They will need to interoperate (one other thing, btw, that Nimiq is trying to do). Just because one is popular or big now doesn’t guarantee a victory at the end of the marathon.

It’s important to watch developments in order to understand where to put your time and energy.

A given blockchain may lose. Decentralization as a concept is going to win.