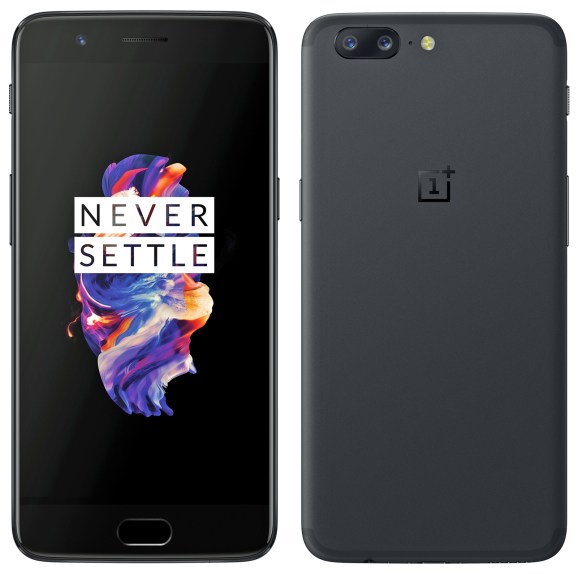 Having already leaked in bits and pieces over the past several weeks, the design of boutique Chinese smartphone manufacturer OnePlus‘ upcoming flagship is hardly a mystery anymore. Nonetheless, this is perhaps the best look at both the front and back of the OnePlus 5 among a sea of partial views and less-than-completely-clear shots.

Bearing more than a passing resemblance to Apple’s latest models, the OnePlus 5 also borrows the dual camera configuration from the iPhone 7 Plus — revealed by The Verge to have 16-megapixel and 20-megapixel Sony sensors with f/1.7 and f/2.6 apertures, respectively.

Thanks to a partial slip-up from Amazon India, we also know that this 5.5-inch device is powered by Qualcomm’s Snapdragon 835 chipset — and that at least one configuration sports a whopping 8GB of RAM (paired with 128GB of storage).

Full release details, including pricing, color options, and spec variants, will be revealed on June 20 during a worldwide, multi-venue launch event, starting at 9 a.m. PDT. An unconfirmed rumor puts base pricing at between $479 and $539, depending on the configuration.