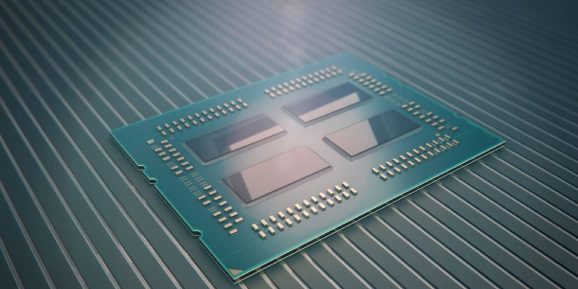 Advanced Micro Devices is aiming for a comeback in servers with the launch today of its Epyc processors for the data center.

The AMD Epyc 7000 series is based on the company’s groundbreaking Zen architecture, and the chips will have as many as 32 Zen cores each. The move represents AMD’s most competitive attack on Intel’s core Xeon server chip business in a decade.

At an event in Austin, Texas, AMD was joined by multiple customers and partners who presented an array of systems, performance demonstrations, and customer testimonials. Each Zen core is about 52 percent faster per clock cycle than the previous generation, and the chips are also more competitive in integer, floating point, memory bandwidth, and input-output (I/O) benchmarks and workloads.

“With our Epyc family of processors, AMD is delivering industry-leading performance on critical enterprise, cloud, and machine intelligence workloads,” said Lisa Su, president and CEO of AMD, in a statement. “Epyc processors offer uncompromising performance for single-socket systems while scaling dual-socket server performance to new heights, outperforming the competition at every price point. We are proud to bring choice and innovation back to the data center with the strong support of our global ecosystem partners.”

“The Epyc processor represents a paradigm shift in computing and will usher in a new era for the IT ecosystem,” said Antonio Neri, executive vice president at HPE, in a statement. “Starting with the Cloudline CL3150 and expanding into other product lines later this year, the arrival of Epyc in HPE systems will be welcomed by customers who are eager to deploy the performance and innovation EPYC delivers.”

Data center and cloud service providers also welcomed Epyc to the market today. Members of the “Super 7” data center services providers, including Baidu and Microsoft Azure, as well as 1&1, Bloomberg, Dropbox, and LexisNexis, all voiced their support at launch.

“As the world’s largest Chinese language search engine and leading AI-Tech company, Baidu prides itself on simplifying a complex world through technology,” said Zhang Ya-Qin, president of Baidu, in a statement. “The AMD Epyc processor powered one-socket server can significantly increase our data center computing efficiency, reduce total cost of ownership (TCO) and lower energy consumption. We will start deploying with the launch of AMD Epyc and I look forward to our cooperation leading to scaled Epyc adoption this year, and ongoing innovations.”

AMD released benchmark data that showed that its chips were rated higher than any other competitive chip based on SPECint and SPECfp ratings. AMD also said that the Epyc total cost of ownership is 20 percent lower than that for the rival Intel Xeon E5-2660 v4-based two-socket servers. AMD claimed 70 percent better performance in the $800 price range. The Epyc chips range in processor cores from eight to 32.

“Dropbox customers expect fast, reliable access to the content they ask us to manage for them and Epyc delivers on those requirements. We have worked closely with AMD during our evaluation of Epyc in our environment and see significant potential in lowering total-cost-of-ownership while improving performance in single-socket designs,” said Akhil Gupta, vice president of infrastructure at Dropbox, in a statement.

In a statement, Intel said, “We take all competitors seriously, and while AMD is trying to re-enter the server market segment, Intel continues to deliver 20-plus years of uninterrupted data center innovations while maintaining broad ecosystem investments. Our Xeon CPU architecture is proven and battle tested, delivering outstanding performance on a wide range of workloads and specifically designed to maximize data center performance, capabilities, reliability, and manageability. With our next-generation Xeon Scalable processors, we expect to continue offering the highest core and system performance versus AMD. AMD’s approach of stitching together 4 desktop die in a processor is expected to lead to inconsistent performance and other deployment complexities in the data center.”