Mozilla today launched a new browser for Android. In addition to Firefox, the company now also offers Firefox Focus, a browser dedicated to user privacy that by default blocks many web trackers, including analytics, social, and advertising. You can download the new app now from Google Play.

In December 2015, Mozilla launched Focus by Firefox, a content blocker for iOS. Then, in November 2016, the company rebranded the app as Firefox Focus, adding to it a basic browser (no tabs, no visual clutter, and one tap to erase your sessions) in addition to the content blocker.

Now Firefox Focus has landed on Android. Because Google isn’t as strict as Apple, Android users can set Firefox Focus as their default browser. There are many use cases for wanting to browse the web without being tracked, but Mozilla offers a common example: reading articles via apps “like Facebook.” 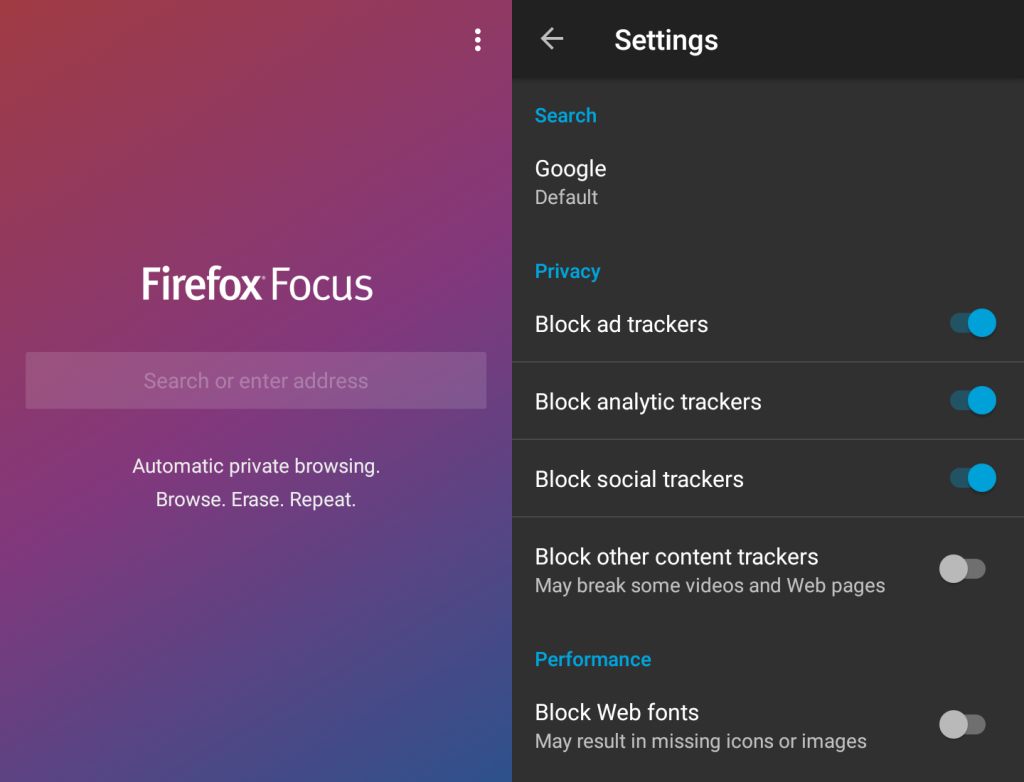 Firefox Focus offers not just privacy benefits, but performance gains, too. Mobile web pages are often slowed down by trackers, and often more so than desktop pages, given that the former load on less powerful devices and on poorer internet connections. But as with any tracker blocker, sites that depend on them may not load correctly.

Firefox for Android already has tracking protection (although only in private mode), so Mozilla started with iOS to see whether there is a market for a very stripped-down browser. The answer was a resounding yes: Firefox Focus is the highest-rated browser from a trusted brand for iOS, earning a 4.6 average rating on Apple’s App Store.

Now that the idea has been proven, and it’s available on the two dominant mobile platforms, Mozilla needs to figure out how to bring it into Firefox for Android and iOS. Anyone who supports the web welcomes Mozilla’s privacy-focused initiatives. The next logical step is to bring in more users.

As the developer of the only major browser that isn’t owned by a tech giant, the company is free from ulterior motives. Instead of letting Google lead the way again, Mozilla should step up.