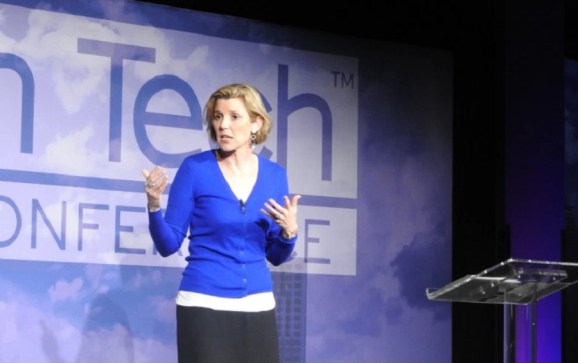 Sallie Krawcheck, the CEO and cofounder of Ellevest, is out to make women rich with her digital investment platform. But she also has some savvy career advice for those who want to succeed in the workplace. I found her advice about finding a sponsor at work to be particularly illuminating.

She spoke to a crowd of hundreds at the Catalyst Conference in San Francisco. The event is staged by Girls in Tech, which has more than 60,000 members in 60 chapters around the world.

Krawcheck has more than 1.7 million followers on LinkedIn and another 46,000 on Twitter. She is the former CEO of Merrill Lynch Wealth Management, and she also ran the financial companies Smith Barney and Sanford Bernstein. She started her career in investment banking, and she shifted over to being a sell-side research analyst. 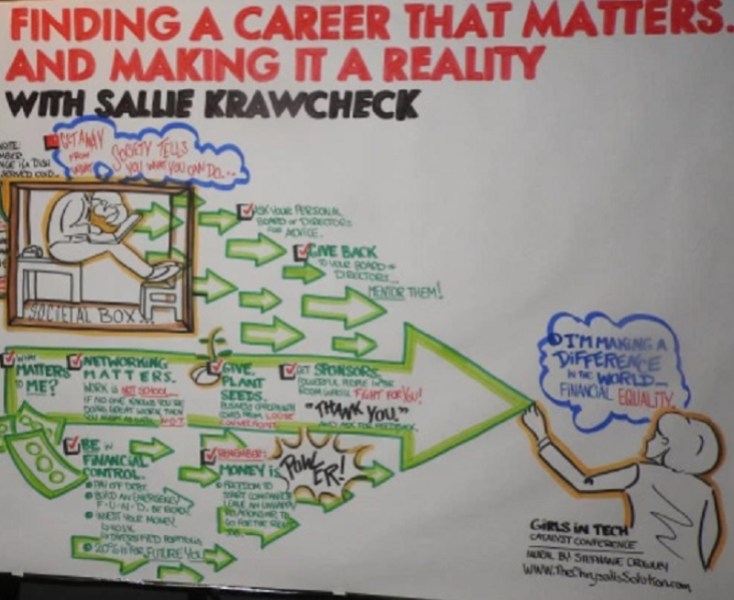 In her talk, Krawcheck said a common mistake that women make in the workplace is that they don’t network enough because they “don’t want to cheat” and want to earn any rewards in the workplace based on their own merit.

“They think it’s like school,” she said. “They get As and they think that is what matters. Work is not school.”

Networking is something that pays off. It gets you mentors, friends, and good information that helps you succeed. Krawcheck said that she does favors for those in her network, and those favors are returned. Over time, she said, you’ll get mentors. And you have to turn those people into sponsors.

“Men have fewer mentors than women, but men have more sponsors,” Krawcheck said. “Every important decision about your career is made when you are not in the room. Sponsors are the ones fighting for you.”

When she was fired from Merrill Lynch, Krawcheck thanked the directors and asked them why it happened. She was squeezed out in a reorganization, even though she was ahead of plan and had the “most badass business results in the company.” But she still got fired.

“I thought I was getting an A,” she said.

She concluded, “Nobody was in that room fighting for me. And that’s the power of a sponsor. It’s the ability to get you hired and the ability to keep you from getting fired.” 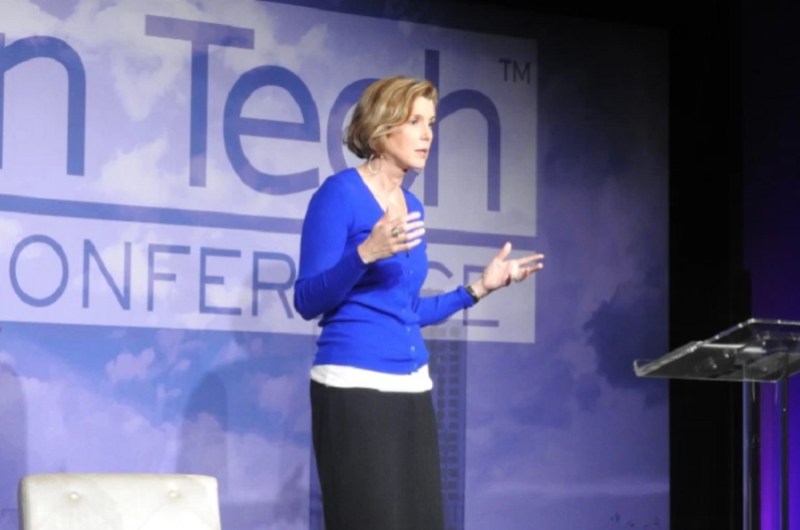 Above: Sallie Krawcheck, CEO of Ellevest, speaks about sponsors at Catalyst Conference.