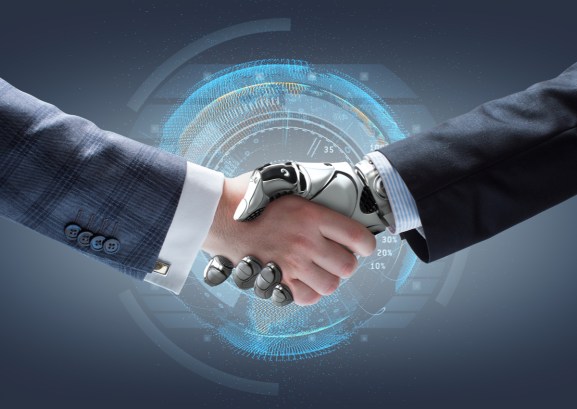 The venture capital community was shocked last week with Element AI’s fundraise. How can a Canadian startup founded in late 2016 raise a Series-A in June 2017 for a cool $102 million?

Microsoft, NVIDIA, and Intel Capital were among the illustrious group of VCs who put in this sum into a round that makes almost all other Series-A rounds look paltry.

When you peruse Element’s webpage you see a simple HTML site that talks vaguely about AI-Strategy consulting, expert matching, and AI-as-a-Service (AIaaS). It leaves you scratching your head, wondering how this firm’s ideas are earth shattering enough for such a rocket trajectory.

Well, here’s how: They are brilliant because they hit on the biggest pain for AI in the coming 10 years — the need for business executives in low-tech companies to access AI in an easy-to-use way that still gives them customized solutions from tier-1 technologies and the world’s best AI-talent.

A majority of the business world is currently locked out of the AI universe. A typical example is a manufacturing company in the middle of Germany with $50 million revenues — let’s call it Plant Co.  Plant Co would like to increase its production or cost-of-goods sold or decrease maintenance cost for its manufacturing plant, but it doesn’t know how to start using AI for it.

You might think that because 800+ AI startups with clever tech exist, there is an abundance of amazing AI tech available for a mid-sized company like Plant Co. Yet even with all of these solutions, there remains a gap. The gap exists both because these startup services may not immediately deliver adequate results and because many of the best technologies are winding up behind closed doors.

Apple, Microsoft, Google, and Facebook have acquired over 200 of the world’s leading AI technologies in recent years. Take for instance Apple’s acquisition of Lattice Data, a dark data company, for $200 million. Lattice was only founded in 2015 by a Stanford professor, and its amazing technology for understanding unsorted, unformatted data (so called “dark data”) will no longer be available for any outside company after it vanished inside Apple’s corporate universe.

So the unfortunate fact for Plant Co. and many medium-sized firms in the world is that the most amazing technologies in AI are off limits now. Element AI goes the other way and helps grow the AI industry by giving mid-sized companies access to new tech resources in startups and researchers.

“We are desperate for just any data scientist you can find – we already tried everything” These are the words of the head of HR at one of Europe’s largest telecom operators. They aren’t just saying it is difficult to attract the best AI talent, they aren’t even getting middle-of-the-road talent.

Most companies are looking at AI as a tool to help them make better decisions. But skilled data scientists are in short supply, and building machine learning in-house means reinventing the wheel instead of solving the parts of the problem that matter most.

Having recruited and worked with AI specialists over the last four years, we can attest that attracting the best AI talent is not easy. They often do not want to work fulltime for one company as they are easily bored and want to be challenged. They are also sought after by Google, Facebook, and the like for placements in New York, Berlin, and California, making it difficult for Plant Co. to get them to show up for work in Karlsruhe (no offense, it is a beautiful town).

So, if a mid-sized firm in rural France wants to hire a world-class AI talent, good luck, you have better chances playing the lottery!

The third challenge for mid-sized firms is that AI still resides in the domain of the techies and scientists. Available solutions are either too technical or too broad. They don’t answer business questions such as “How can I increase my Just-in-Time manufacturing process?” or “Can I help lower production costs?”. AI isn’t available to the business leaders but stuck in the tool basket of the tech department.

Business people often don’t know what raw data they even have in their firm, where it is stored, in what format, and what you could do with it.

Giving them an API or open-source code addresses the needs of their CTO but not the business person who has a clear need and a budget for AI. Element AI is working to democratize artificial intelligence and hold the hands of the non-tech executive.

This AI revolution brings back memories of the Internet avalanche in the 1990s when first only the geeks and programmers used HTML. Then suddenly Netscape made it usable for non-tech people and WordPress gave us easy drag-drop tools so we could create our own company pages as millions do every month. We need the equivalent of Netscape and WordPress for AI in order to access and use AI easily and simply.

This brings us to why Element.AI is the most undervalued company in 2017 – yes, you heard right, we said undervalued. The company’s strategy of creating an ecosystem of technologies and talent combined with handholding AI-strategy consulting for business people is the solution to the three challenges mentioned above. It’s what every mid-sized company and low-tech firm needs, whether they are in Ohio or Germany.

We predict there will be more versions of Element.AI emerging that could focus on specific sectors (say manufacturing in Germany and France) or other horizontal niches or geographies.

Element’s launch to bring the world of AI to low-tech firms will be our Netscape moment when we look back 10 years from now.

Simon Schneider is CEO of Zyncd and UK Director of ECSI Consulting.

Francis Béland is a founding partner of Predator Capital Partners. He was previously VP at X-Prize Foundation.