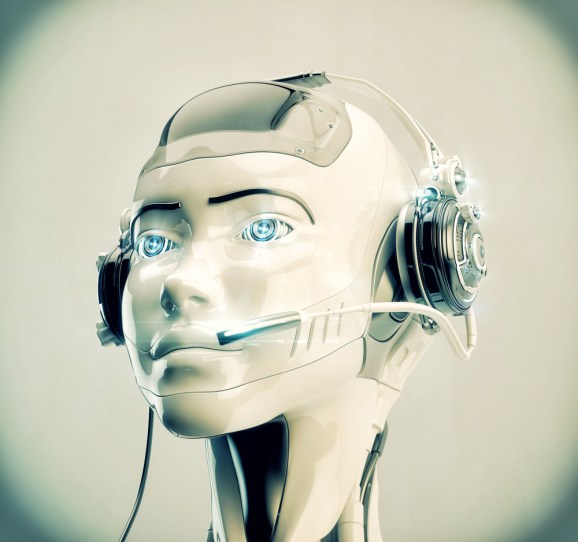 Experts from Yale and Oxford University recently released their research on how AI will transform modern life by reshaping transportation, finance, health, science, and the military. Key findings pointed toward a 50 percent chance that AI will outperform humans in every job in 45 years’ time.

How can we anticipate and manage trends in AI, and will creative and analytical skills really be the key to job success in an AI world?

Recounting a personal scenario, my boys had a “future day” at school. One dressed up as a chief robot maker and the other as a soccer player — which left me wondering, which career would be right in a world of artificial intelligence?

When the internet came of age, I would tell anyone who asked, “Don’t do a job that can be put down a wire” — meaning, don’t train to do a job that someone on the other side of the world can do for half the price. But with AI, it’s no longer that simple, according to the survey.

This shift is worrying for two reasons: It’s going to happen relatively quickly, and most schools are ill equipped to handle it. But before exploring the future of work, let’s dispel some myths and look at what won’t happen.

Over- and underestimating the effects of AI

During a recent panel discussion at the Financial Conduct Authority, time and resistance were both flagged as key challenges to the effective deployment and adoption of AI technologies.

Resistance — or “AI friction” — is a particular challenge within the older demographic, where people may play with the tech but find ways not to use it because deep down they prefer human interaction.

Driverless cars and deliveries are another example of AI friction. That’s a job threat for three million people in the U.S. alone, as indicated in a report published in December 2016 by the White House that looked at the ways AI will transform the U.S. economy. The industry has scrutinized this and broken down the evolution of autonomous cars into phases. The initial phase is what we see now on the roads, which is essentially an advanced cruise control, and the final phase is a completely autonomous car.

The friction in this case occurs around phase three or four, where a human and a computer both drive the car. In this phase, when the computer does not know what to do, it hands control over to the human. On the surface this sounds logical; however, when simulated, it is revealed to be intensely dangerous. Imagine being in a driverless car and you have “switched off” from the task of driving — then a car pulls out and the AI hands over control. Few drivers will snap to attention quickly enough to avoid a collision.

The progression and extensive testing of these vehicles presents a problem that cannot be easily fixed, meaning there’ll be a gap between the smart cruise control phase and the introduction of a truly autonomous vehicle.

The AI friction in this scenario also relates to the three million people in the supply chain who could be replaced by AI. To understand if this impact is realistic, we need to consider the logistics. Most logistics models start with the inbound goods arriving on a train or ship. This is called a multi-modal shipment because it’s full of standardized containers that can be lifted directly from the ship onto the back of a truck, thereby changing the mode of shipment. Autonomous vehicles are not really going to affect this first leg.

The shipment is then typically long-hauled from the port to a warehouse or distribution center. These long-haul shipments could be automated. However, they make up about 10 percent of overall drivers, translating into around 300,000 of the three million jobs.

The last mile is the most complicated

This last mile is the most complicated for the AI to handle. Imagine the scenario: We are in downtown Manhattan and so it’s important to stay alert. It will only take a handful of accidents with AI before it’s banned — the delivery drivers will make sure of that. When that happens, we might see people called back into work.

Eventually the AI will catch up and be safer, putting those jobs back on the chopping block; however, it will take a generation or two of AI evolution.

That’s not to say that autonomous vehicles won’t be amazing. They will be. Some of the excitement surrounding AI is valid, but AI friction will keep the results from being as dramatic as predicted. AI will, however, make an impact. Even if the impact is only 10 to 30 percent of the scale of the predictions, though, we need to pay attention.

All hail the robots

Working on the premise of avoiding jobs that are based on information, as well as repetitive and mundane tasks, you can logically conclude any role you pick should focus on the opposite. This means builders, doctors, and artists are in good shape. However, to ensure your success, you need to add unique value.

Top-paying jobs will most likely be kept for the bot masters. This next generation will become amazing at controlling and training the bots that manage their life. The best bot master will be the most efficient and therefore the most valued. The bot masters will also be bot creators, training them to do tasks on their behalf that are proprietary in value to them.

But there is an important factor here. Once you have automated the mundane, it stays automated; it’s a one-shot deal. This means that our kids will continually need to learn, evolve, and, most of all, be creative. They will need to drive themselves to find the new bot to create.

Here, the successful kids will be both engineers and creative artists at the same time.

What’s next for our children?

What should we teach the next generation in this new age of AI and bots? Four guiding rules for the next generation are: They should embrace change and be excited about it; have their creativity encouraged and nurtured; acknowledge that working smart is better than working hard; and know that physical work should be respected, not discouraged.

The average school syllabus has much less focus on the arts and engineering technology than there should be — something that has been flagged in the UK by the cross-party Science and Technology Committee. It seems most schools are training students to pass university exams, and most universities are training them to be great knowledge workers, which is exactly the task AI tries to automate.

But the fact is, people are going through this system, and AI is going to reduce the number of available jobs at the end of it. It does not take a university graduate to figure out there is a problem. As parents and guardians, we need to step in and make sure we complement our kids’ education with some of the key rules above.

Technology is not the liberator that we all imagined. It might be over time, but in the short term it is causing a divide in income. People who run Amazon, for example, get paid a lot more than employees working in high street stores. This is only going to get worse, and people are already upset.

Meanwhile, at the other end of the scale, we have the “JAM” employees, a term used in the UK for people who are Just About Managing to pay their bills. These are good people who are working hard and doing all the right things, but the world is shifting and the value of what they are doing will continue to be eroded by technology. This divide scares me the most.

I was lucky as a child, because I grew up with a family of engineers who were always thinking of the future and trying things out. It left me with a fascination about the future and how we can shape it with science. Now that I am a father, this fascination is tempered by fear of the pace of this digital revolution. Unlike the industrial revolution, it’s not regulated. It is also controlled by a handful of people in California, which is a problem. Primary schools are driven by the belief that if you go to university, you will get a good job. AI is going to challenge that.

I believe as guardians, we need to wake up to what’s coming and prepare the next generation as best we can. Existing systems and infrastructure cannot be relied on. We need to be aware, get engaged, and become involved in shaping our children’s education.

They will do the rest.

Matt Buskell is the head of customer and partner engagement at Rainbird.ai, helping customers make sense of AI and identify where it can drive effective business outcomes.