I was driving on a country road, not thinking too much about the act of driving.

This is normal for most of us — it turns out the brain goes into automatic mode, which is a good thing. When is the last time you actually told your foot to move over to the brake on purpose without doing it like it was second nature? If we had to think about it, we would never be able to have a conversation with a friend or take in all of the scenery. Our brains are wired to use an automatic mode for things like eating, breathing, and … controlling a car.

That’s why, as I was testing a 2017 Infiniti Q60, I wasn’t aware that everyone on the road had started slowing down. Infiniti invented a cool technology called Forward Emergency Braking a few years ago. It’s predictive — if a car in front of you slows down, your car will also slow down. This is not the same as adaptive cruise control, which adjusts speed automatically. If you fail to brake, even with cruise disable, the Q60 will brake for you all the way down to a full stop.

I panicked a little after the slowdown, but the Q60 reacted when I didn’t. I felt the car decrease speed, almost like the engine-braking you feel on an all-terrain vehicle, like those made by Polaris. (The tech slows the vehicle when you let off the gas so you don’t have to bother with the brake.) Some electric cars also brake when you take your foot off the gas, adding power back to the motor. On the Q60, it’s gradual enough that you might not realize it right away.

On at least three occasions, I noticed how the tech in the Q60 worked in a subtle way. It seemed like there was a shield around the car (curiously, the icon in the dash shows a green shield). For the past five years or so, I’ve been testing cars from every make and model, and the “shields” are getting better — more subtle, more aware, more consistent. In the early days, there was a slight jerking motion when using these LIDAR (Light Detection and Ranging) sensors.

In one case with the Q60, I barely noticed a car ahead of me was slowing down — and barely noticed the Q60 was slowing down in response. That is the future of connected cars. These “magic” shields will be vigilant enough to spot other cars and slightly move us out of the way. The Q60 can also detect pedestrians, although, thankfully, I never encountered a problem where the car had to brake for a person.

The Q60 also uses land-sensing tech and will pulse three times on the steering wheel if you move out of lane. (You can configure this to not send the pulses and just adjust on its own.)

Eventually, when cars don’t just have sensors for braking and steering, but really do drive autonomously, we might not pay attention to the technology. Our brains will adapt and go into an automatic mode. It won’t be a marvel anymore, it will be a fact of life. 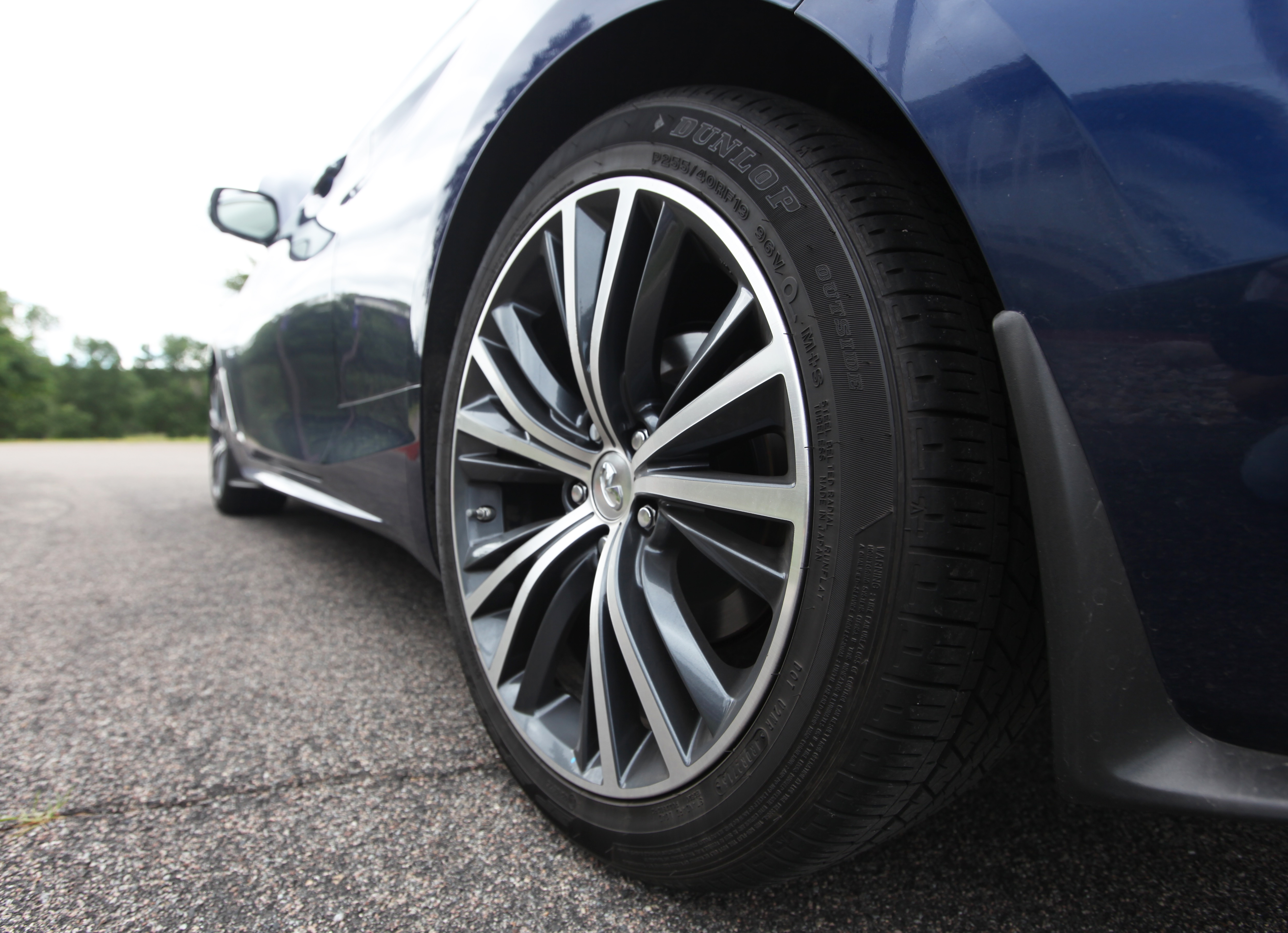