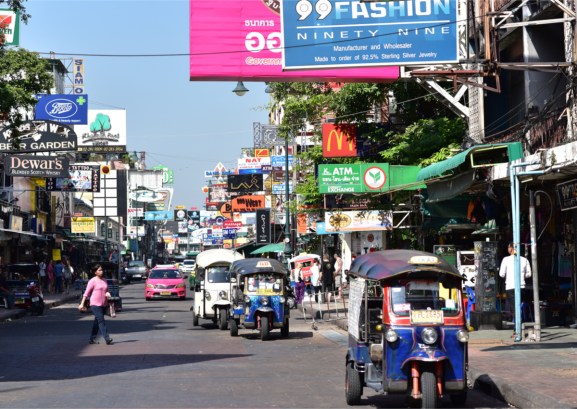 It used to be that Silicon Valley was the only place to grow a high-powered career in tech. But that’s no longer true.

These days, developers have options outside of that narrow strip of land between San Francisco and San Jose. In the past 10 years, the international tech scene has grown to the point that developers can find a home in Tel Aviv, Toronto, Amsterdam, or Berlin — all burgeoning tech hubs. However, if a developer wants interesting work, there’s another place to look: Southeast Asia.

A diverse region bordered by China to the north and India to the west, Southeast Asia is home to some of the world’s fastest growing economies, including Indonesia, Malaysia, and Singapore. Mobile phone penetration in the region is already at 110 percent, and Internet penetration, though still low, grew by more than 10 percent in 2016. All this has given rise to a thriving tech startup ecosystem. But job opportunity isn’t the only reason developers should start looking east. Here are some others:

1. You’ll be working on some of the world’s most innovative mobile apps.

There was a time when Western technological innovation set the standard for the world, but others have caught up – and even surged ahead. The New York Times noted a year ago that mobile-first Asian economies are now leading the way in the development of innovative new mobile apps.

What makes Southeast Asia mobile-first? The region’s relatively low level of economic development made a PC revolution unrealistic, so it has leapfrogged into mobile technology. An affordable Android smartphone was usually the first “computer” most people had. As a result, developers and designers here have been thinking deeply about mobile compared to their desktop-focused counterparts in the West.

And unlike in the U.S., where startups can be highly specialized, the tech sector’s relative youth means successful apps in Southeast Asia use one slice of market share to expand swiftly into adjacent spaces. For example, Garena, one of Southeast Asia’s newest unicorns, started out as a games platform but has since expanded into mobile payments and social commerce. My company, Grab, is working on a mobile payments system to complement its ride-sharing app. This rapid expansion gives talented developers unprecedented opportunity to shape many different products and features within one company and build up a wide array of competencies.

2. Your work will have a strong social impact.

We all crave meaning in our lives and work. Many engineers didn’t get into their line of work for the paycheck; they got into it to make a difference in the world. And Southeast Asia is one of the best places to do that for several reasons.

First, Southeast Asia is relatively underdeveloped – roads and cities are still being built, alleyways remain unmapped, and infrastructure has yet to catch up with explosive population growth. The populations are also experiencing the growing pains of developing cities, such as massive congestion that ranks among the worst in the world.

This flux means tech firms can have an outsized impact. Engineers here don’t just code in a cubicle. They take an active part in shaping cities, building infrastructure, and increasing inclusion in the digital economy simply by doing their job.

An app that gets you motorbike rides from point A to B isn’t just a ‘good-to-have’ in Southeast Asia. For commuters, it’s liberation from never-ending jams and inefficient public transport systems. For regulators, ride information helps city officials who desperately want to solve congestion but lack data to make decisions.

Here’s another example. Southeast Asia remains one of the world’s final frontiers where cash is king. In a region of some 620 million residents, 264 million adults – or 42 percent of the population – have never owned a bank account. Some save money under their mattresses. Some receive their salaries in cash, which leaves them vulnerable to robbery.

Developers in Southeast Asia are helping accelerate financial inclusion by building lightweight banking apps that can run on cheap, entry-level Android smartphones — often the only type poor rural people can afford. Digitally-driven financial inclusion could boost GDP in countries like Indonesia and the Philippines by as much as 2-3 percent and bring thousands into contact with formal financial institutions.

3. You can travel and expand your worldview.

When developers talk about “quitting my job and moving to Southeast Asia,” they’re probably thinking of a lifestyle in which they code from a laptop for a few hours a day and then hit the beach. However, moving here doesn’t have to be such a radical departure for devs from Seattle or San Francisco. The Malaysian capital of Kuala Lumpur has great food and world-class luxury shopping malls as well as a cost of living 64 percent less than San Francisco’s. Singapore boasts a standard of living as high as most large Western cities’ as well as one of the most cost-efficient public transit systems in the world. Southeast Asia’s incredible diversity means it’s possible to live almost any lifestyle you want, depending on where you choose to live.

You don’t even have to live in Southeast Asia anymore to work for a Southeast Asian company. As the Southeast Asian tech economy picks up steam, more startups from the region are expanding internationally. Global TV startup Viki has offices in the U.S., and my own company has an R&D center in Seattle. Even if they don’t pick up and move to Kuala Lumpur, U.S.-based employees still have the opportunity to travel and delve into another culture in a way that tourists never get to experience. For instance, one engineer at our Seattle office is learning Bahasa, the official language of Indonesia, so he can communicate better on business trips there.

The bottom line is this: With tech careers, it never hurts to think outside the box. You won’t necessarily gain the most interesting work experience or make the most concrete social impact working out of an office in Mountain View. So next time you’re on the job hunt, cast a wider net — maybe wide enough to reach Thailand, Indonesia, or Singapore. You won’t regret it.

Jerald Singh heads Grab’s product function across Southeast Asia and has spent over 15 years in the tech space. He has led global teams across the U.S., India, Singapore, Japan, and Korea for Expedia, Mobiata, and Yahoo.