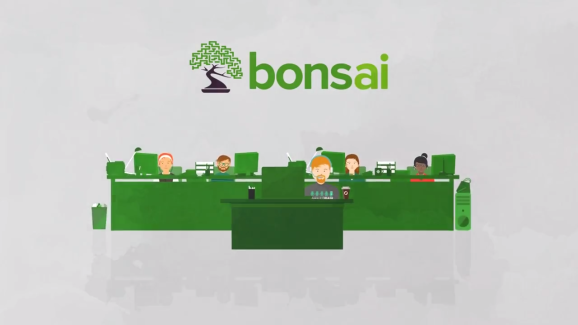 When users upload a model that includes a Gear to Bonsai’s platform, the system will analyze the network specified by TensorFlow or another language and integrate it into the rest of the system that Bonsai creates and executes.

Gears makes Bonsai’s platform more useful to companies that have already invested in developing machine learning algorithms, since data scientists and developers don’t have to redo work done outside the platform.

“It really is a mechanism to enable those teams to make use of their existing investments, put it all under one platform for ease of management and building more sophisticated solutions,” Hammond said.

Bonsai allows developers to lay out what they want to teach a machine learning system using a language called Inkling. Users upload that code, along with training data and other assets, to Bonsai, which then generates a machine learning system to solve the problem laid out in the Inkling code. The platform handles the task of training of that system and creating an environment that can be used to execute it in production.

Data scientists can import models built with technologies like OpenCV, TensorFlow, Torch, scikit-learn, and Microsoft’s Cognitive Toolkit. In theory, it can import networks from other tools, as well, but Bonsai cofounder and CEO Mark Hammond said that the company’s testing has been focused on Python libraries like TensorFlow, since that’s where the majority of its customers have focused their efforts.

He said that Bonsai’s testing hasn’t been extensive enough to guarantee that models created with any tool would work, but there aren’t any restrictions on importing models from a technological perspective.

Whether or not a company has extensive enough investments in machine learning algorithms to make use of Gears will depend on the business. According to Hammond, the level of AI expertise among its customers varies widely.

“We see everything in the spectrum, including [companies] showing up to first meetings with multiple PhD-holding staff members [who want] to dive deep right from the beginning, but we also run into customers where they have not really done much and it’s their first foray into the use of AI and applying machine learning to their problems,” he said.

Looking toward the future, Gears will be one element of a company’s toolbox when it comes to developing machine learning systems using Bonsai. If a data scientist wants to generate a custom model and then import it into the system even as the rest off the business is making extensive use of the company’s platform, that will be possible further down the road.

The new feature is available through Bonsai’s early access program, which companies can apply to join here. Bonsai hasn’t widely launched its platform yet, but when it does, Gears will be a part of it.