If you ever worry about losing your kids, pets, or elderly relatives in the great outdoors, one startup has just raised nearly $2 million for a product that lets you keep track of anyone for up to 5 miles — without relying on Bluetooth, maps, Wi-Fi, or cell networks.

Lynq operates across a decentralized peer-to-peer (P2P) network that uses a mix of radio frequencies, a custom antenna, and a long-range low-powered chip. The company said that it merges these technologies and uses an algorithm to optimize battery consumption and general reliability while sidestepping dependence on third-party networks or protocols.

Founded in New York in 2014, Lynq had raised around $1 million through a convertible note and angel funding between 2015 and 2016, and today the company revealed it has now closed a $1.9 million round of seed funding led by Plus Eight Equity Partners, with participation from ARC Angel Fund and Angel Investor Forum, among “other strategic angels.”

The target market for Lynq is anyone from families attending music festivals or camping in the wilderness, to school trips at ski resorts. A parent or teacher or instructor may wish to keep tabs on a group of kids, for example, or a nosy parent may wish to know where their kid is in the school playground — just clip the little unit to their belt or bag and you can see the distance and direction of the subject. And likewise, they can see the direction and distance of you, too, through their Lynq device.

Oh, and it’s also waterproof and promises up to four days on a single charge. 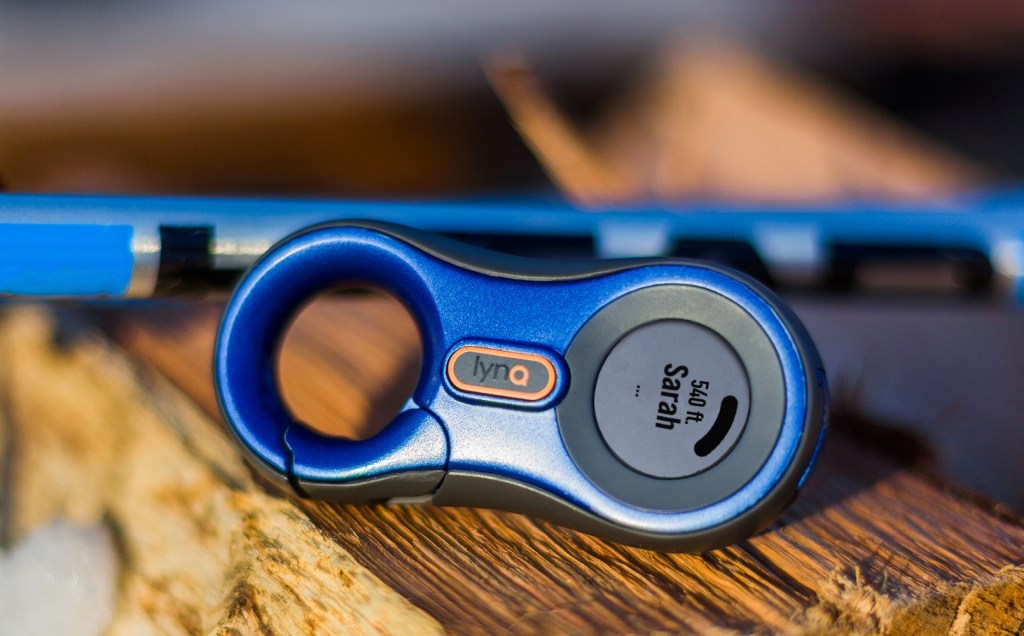 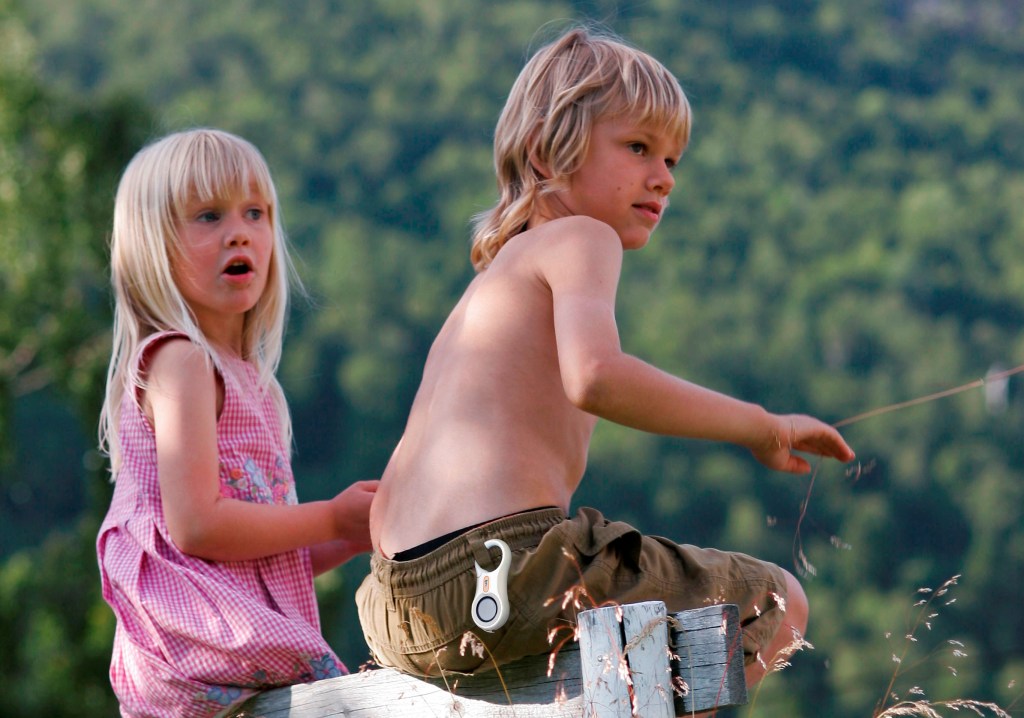 Above: Lynq: Tethered to a child

You need at least two Lynq devices to kick the network into action, but there is no real upper limit — the company said there can be as many as 40,000 devices in an area without any detectable interference. And it doesn’t matter if different groups have their own Lynq devices in the area — each group syncs its devices to its own network, with each individual’s name visible, meaning only those in a single defined network will be able to keep tabs on each other.

“Nearly everyone has felt the immediate feeling of anxiety the moment they lose their friends or family, particularly younger kids,” explained Lynq CEO Dave Shor, in a statement issued to VentureBeat. “In humanitarian aid and disaster relief efforts, that anxiety is magnified exponentially and every moment counts. Saving lives is one of the core missions of the company.”

It’s worth noting here that this doesn’t work like a mesh network — you can’t connect multiple Lynqs together to extend the range by tens or hundreds of miles, though that would be neat. “In principle we believe mesh networks are a great concept, but in practice found that they’re difficult to implement well,” added Shor.

During its beta phase, Lynq worked with a number of ski resorts, including Telluride in Colorado, with additional tests scheduled for this summer at theme parks, festivals, and camps. While the company is allowing anyone to sign-up for Lynq preorders now, which will eventually cost between $90 and $100, the company said that it will also adopt a B2B2C model where businesses — i.e. ski resorts and theme parks — rent them out to visitors, with Lynq receiving a per-use licensing fee. This also opens the door to a number of other neat use cases — for example, Lynq is working on what it calls a “gateway” that will allow businesses to see the location of every Lynq on their premises, view real-time data, and send messages to people.

It’s also worth noting here that the current incarnation of Lynq is designed to work outside in the open air, though we’re told that later releases will work indoors — without beacons or maps.