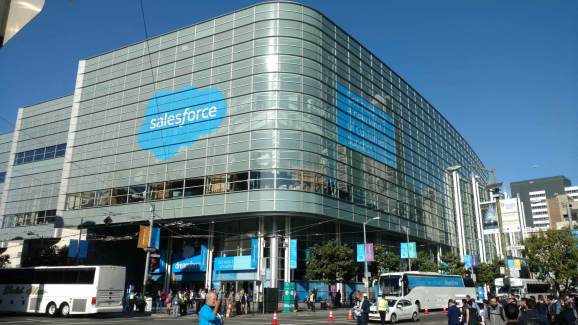 Developers building on top of Salesforce’s platform have new AI services at their disposal. The company announced today that it is launching a trio of services focused on natural language understanding and object recognition as part of its Einstein portfolio.

Apps will be able to integrate an Einstein Sentiment service that will take in a string of text and output a score that shows whether someone feels positive, negative, or neutral. That’s supposed to be useful in situations like analyzing social media posts or support tickets without human intervention.

The Einstein Intent service lets users upload a set of labeled text strings to train a machine learning system on what users want to do as a result. For example, a support application could be trained to recognize “Help, I forgot my login” and direct users to information about how to reset their account.

Einstein Object Detection is, as the name implies, aimed at helping developers create applications that detect objects within images. It’s designed to help with situations like detecting photos that contain a particular product.

Launches like these are part of a broader industry trend to take core machine learning capabilities and make them available as intelligent APIs. Salesforce already started down that road last year, with a service that allowed developers to do custom image classification. The offerings are based on Salesforce’s acquisition of MetaMind, which the company closed last year.

“So, everything that we’re doing is about democratizing AI for everyone, especially our developers,” Sarah Franklin, Salesforce’s senior vice president of developer relations, said in an interview. “They can easily take advantage of this complex technology with AI, and things like image recognition and [natural language processing], and they can do that without a PhD.”

In addition, Salesforce allows developers to bring their own training data so that the systems are tailored to help deal with tasks that are particular to a specific company or industry. For example, Einstein Intent could theoretically be trained to detect any intent with a large enough volume of training data (and consistent enough questions). That’s different from some of the other models that exist on the market today, which only offer one-size-fits-all models.

All of this news is a boon for developers building on top of Salesforce’s platform, whether they’re just building apps for companies’ internal use or if they’re looking to build intelligent applications that can be sold to a broad list of customers.

Right now, Einstein Sentiment and Einstein Intent are available in beta. Salesforce is currently running a pilot of the Einstein Object detection service. Pricing for the services hasn’t been revealed yet, but users will likely pay on a per-prediction basis, similar to how Salesforce charges for the Einstein Vision image classification service.

These Einstein announcements are part of the company’s TrailheaDX conference, which is being held in San Francisco this week. In addition to the AI news, Salesforce also announced that it’s expanding its Trailhead e-learning platform to provide lessons on services from Atlassian and GitHub. The company also announced a new Platform Events feature that lets developers build automated workflows that run in response to changes in Salesforce data.