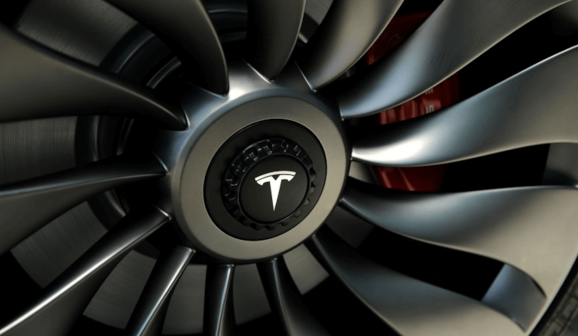 Tesla’s first mass-market electric car, the Tesla Model 3, is set to enter production after passing “all regulatory requirements,” according to CEO Elon Musk.

The company cofounder took to Twitter earlier today to reveal that the first car is expected off the conveyor belt this coming Friday, followed by 30 vehicles on July 28 and an anticipated “exponential” growth in production in the months that follow.

Handover party for first 30 customer Model 3's on the 28th! Production grows exponentially, so Aug should be 100 cars and Sept above 1500.

Musk added that he expects Tesla will be able to produce 20,000 Model 3 cars per month from December.

Tesla first unveiled the Model 3 last March, and anticipation for the company’s new “affordable” electric car reached fever pitch in the buildup to launch. Musk revealed that 180,000 people had committed a $1,000 deposit to get on the buying list on the first day of preorders last year, with an anticipated average price of $42,000. That represents the equivalent of around $7.5 billion in sales if each person followed through on their intent to buy.

Founded in 2003, Tesla rose to prominence with the Roadster, which was one of the earliest all-electric sports cars to land en masse in the U.S., in 2008. Tesla has produced a handful of electric vehicles since, with the Model S emerging as one of the best-selling plug-in electric cars. However, at $76,000, it isn’t aimed at the mass market. This is something Tesla hopes to change with the Model 3, with versions of the vehicle starting at $35,000.

Earlier this year, Tesla had to explain why Model S owners shouldn’t trade in their car for a Model 3, after confusion emerged among Tesla fans who thought that the Model 3 was the company’s latest and greatest car. The price alone should perhaps have indicated that the Model 3 was aimed at a different market segment — but Tesla had to spell things out. “While Model 3 will be our newest car, it isn’t ‘Version 3’ or the next generation Tesla,” it said. “Our higher priced premium models still include the most advanced technology and the best driving experience we have to offer.”