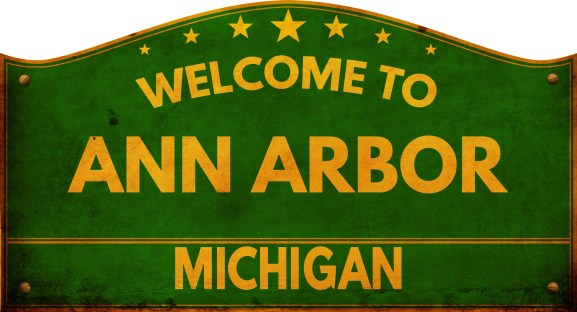 For one CTO, offshoring software development seemed like a good idea. Six years ago, the CTO joined a fintech company that had a history of sending coding projects to India, China, Vietnam, and Ukraine. Like so many U.S. corporations, this fintech company sent work overseas to take advantage of low-cost labor. However, after one year on the job, the CTO changed course and began outsourcing to Michigan. “We’ve shifted 90 percent of our outsourced work to Michigan over the past five years,” he said. “In my mind, it’s not about dollars and cents, but about value.”

The CTO requested anonymity because his employer is a publicly traded fintech company whose customers include Paypal, Google, United Airlines, and Chase, among others. VentureBeat spoke with him after publishing “Trump bump for tech jobs outsourced to the Midwest.” The CTO’s company is a client of Nexient, which provides outsourced agile development teams in Michigan and Indiana to large corporations and mid-sized businesses across America. The CTO told us about his decision to send development projects to Michigan instead of to India.

He says that shortly after taking on his new role he discovered that work outsourced to Indian firms fell short of the exacting standards he sought. “It was the typical tale of outsourcing from a small company that did not go well,” he said, citing delays, lower than needed quality, and a high degree of management oversight. “Even with the significant cost benefit, we couldn’t get the productivity.”

In 2012, the CTO was introduced to Nexient, which was then run by founder Neeraj Gupta, who the CTO recalls as evincing a “Buy America first attitude,” right down to being a huge fan of the University of Alabama football team. “He had the vision that he could copy the Indian outsourcing model in the U.S. and that it would be good for the country,” the CTO explained. “That was a nice thing for me, but I was more interested in productivity and value.”

A year later, the fintech company turned to Nexient for an initial engagement. The 18-month project required about a half-dozen engineers to build a portal for developers at client firms to access APIs. The scrum team delivered as promised, and the portal continues to be used today.

Since the API portal, the CTO has hired Nexient for such projects as ecommerce sites, gift card exchanges, and order fulfillment systems.  The engagements vary in scope and duration, from six to nine months, up to 24 months. “In reality, they have displaced for the most part all of our offshored projects.”

Nexient has grown considerably since then and has more than 60 development teams at its Michigan locations in Ann Arbor and Okemos, as well as at a facility in Kokomo, Indiana. Today, the company is led by CEO Mark Orttung, with Gupta serving as executive chairman. “As they have gotten bigger, they’ve kept up the quality level. They hire great engineers and treat them well, ” the CTO added. “They’re not a body shop.”

The CTO manages a department of 250 engineers, and Nexient supplements them with discrete scrum teams as needed. He says he and other senior managers can easily fly to Michigan to meet with Nexient engineers in Ann Arbor, or jump on a phone call with them, something that was harder to do with workers in India. Aside from time zone differences, there were sometimes  cultural and communication challenges, something that he says was difficult for his company to overcome.

“If you’re a Fortune 100 company then you can demand and drive a lot of work out of offshored companies, but if you’re not, then you can’t,” the CTO said. “For us, the overhead required to get offshored teams to be productive outweighed the cost benefits.”

Even while the CTO recognizes the importance of creating tech jobs across the heartland, he insists, “I wasn’t hung up on that when we started this endeavor. Software developers are a global community. We’re the most accepting, non-discriminatory community going — unless you’re a bad coder.”