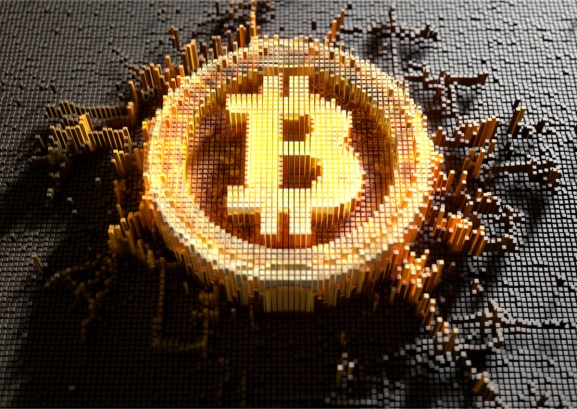 Bitcoin’s price could be in for a big drop, and that’s because the cryptocurrency is facing a potentially contentious upgrade to its core software in August. If you haven’t heard about the impending deadline for a “user-activated soft fork”, here’s the story:

For close to six years, the Bitcoin community has struggled to arrive at a consensus on how to scale the 1MB block size to meet growing popularity and adoption. A proposed user-activated soft fork (UASF) is an attempt to nudge the Bitcoin network to embrace and activate segregated witness (SegWit) — which some believe to be one of the most promising scaling solutions — by August 1.

In 2012, the network confirmed a daily average of 8,000 transactions. Today, that figure is around 350,000. Transaction overflow has resulted in high fees as users compete every 10 minutes for limited space in the Bitcoin block. The time it takes the network to confirm payments has also grown longer, at times going into hours.

Choosing and implementing a scaling solution for a decentralized platform is difficult. Having no central decision-making body is a good thing, for the most part. It makes Bitcoin less susceptible to censorship or takeover.

Several Bitcoin improvement proposals (BIPs) have been developed to fix the scaling problem. They all require a slow consensus-building process within the community.

Bitcoin core developer Pieter Wuille first proposed SegWit in 2015 to solve issues unrelated to scaling. He wanted to fix transaction malleability, or the possibility of an attacker changing the identification details of a transaction before it confirmed.

It turned out that SegWit could also create about 60 percent more room in the Bitcoin block to accommodate more transactions. It would achieve this by storing signatures separately from other transaction data.

Developers, business leaders, and miners present at the December 6, 2015 Hong Kong Bitcoin Scaling Conference signed a statement declaring a pursuit of SegWit as the first layer of scaling.

A team of developers selected at the Hong Kong meeting released the SegWit code in October 2016. To activate, the code requires at least 95 percent of nodes to signal their support. Miners and nodes owners, however, have not been enthusiastic about SegWit. So far only 33 percent of about 7,500 nodes in the network are signalling support for it.

On February 25, an anonymous core developer who goes by the pseudonym Shaolinfry published the UASF as BIP148 on the Bitcoin-developer mailing list. He or she also released the corresponding code. The mission of the UASF was to nudge more miners and nodes to embrace SegWit and hasten its activation.

Many who agree with Shaolinfry take the view that miners in particular lack the incentive to adopt SegWit. A full Bitcoin block guarantees them increased revenue in the form of the high fees users pay to speed transactions. It is therefore users who have the interest in pushing for a more efficient system.

Indeed, some users are setting up new nodes specifically so they can use them to signal support for SegWit.

Even though UASF carries the name “soft fork,” meaning a software upgrade that is compatible with the preceding version, it could turn into what is known as a hard fork. If half or more of the miners refuse to meet the demands of soft fork supporters, the upgrade could fail to recognize nodes that continue to run the older version. In the words of Cornell University computer science professor Emin Gün Sirer, “UASF is just the face saving name for a hard fork.”

Indeed, any change to the core software is a hard fork if it alienates those in the network who don’t accept it, and it could therefore lead Bitcoin to split into two independent coins.

Those who oppose a UASF believe SegWit provides only short-term relief. With fast-growing Bitcoin adoption, they believe the capacity created will soon fill up again and the problem will return.

They also believe those pushing for UASF and SegWit prefer a smaller block size so they can implement their own second-layer solutions.

To a majority of those who oppose UASF and SegWit, increasing or removing the cap on the block size is the only way to solve the scaling problem. Some also think UASF poses security risks to the network. Bitcoin core developer Gregory Maxwell, for example, has said, “I do not think it is a horrible proposal: it is better engineered than many things that many altcoins do, but just not up to our normal standards.”

“[Users] supporting BIP-148 means they can support both forks when the UASF happens. There are really only economic benefits, not really economic penalties for supporting a BIP-148 fork other than some fixed costs. [Users] do not have to choose which software they run, they can run both and really, they should if they want to maximize their value.”

On June 17, Chinese miners representing 80 percent of the Bitcoin hash power issued a statement declaring support for SegWit. They’ve also expressed their intent to have the upgrade implemented in July. If the Bitcoin community can agree to adopt SegWit before August 1, there will be no need for UASF.

The Bitcoin price may drop because of possible contentious forks ahead, but if it does, it will likely recover once the deadline for the UASF passes and a resolution to the present uncertainty becomes more clear. And since investors will want to buy in prior to the recovery, it is also possible a drop won’t happen at all.

Rupert Hackett is general manager of Bitcoin.com.au, Bitcoin.co.uk (subsidiary of Bitcoin.com.au), and BuyaBitcoin.com.au. He specializes in the digital currency and digital payment space and holds the world’s first Master’s degree in digital currencies. He writes for multiple Bitcoin and tech websites and is an acting Board Director for the Australian Digital Currency Commerce Association (ADCCA).