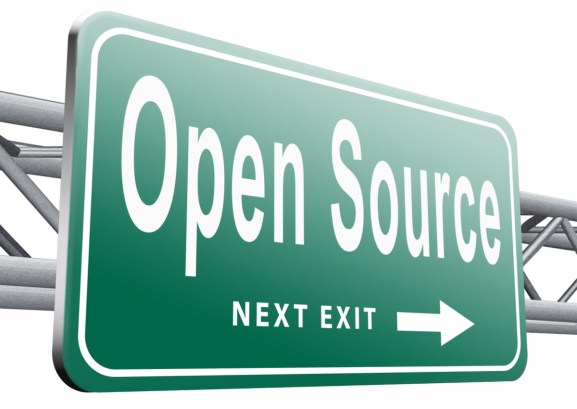 Image Credit: Dirk Ercken / Shutterstock
To open source or not to open source? If you’re in the software business, this is a question you’re going to face at one point or another. The sooner you tackle it, the better.

The open-source movement is no underground phenomenon; it’s a fully mature and highly effective method of building software systems. You’re likely running open-source software right now. Every time you use Google you’re using one of the largest and most successful open-source operating systems in the world – Linux. Today’s largest enterprises owe much of their success to the open-source movement — we’re all building on-top of, and borrowing from, each other’s work, and this has powered the era of exponential progress we’re living in.

The big concern about going open-source, of course, is a loss of intellectual property. You go to great lengths to protect your IP, and, understandably, you likely don’t want to just give it away for free. But being part of the open-source software (OSS) community is not about diminishing profits or eroding the value of your IP – it’s about collaboration, and the idea that many hands make light work. Most participants don’t contribute the one thing that makes them unique to the world; instead, they contribute elements and building blocks that others can use to drive new ideas and products forward. In our case, we contribute necessary elements that assist in the creation of great VR content – but not our core IP around mobile delivery of these experiences. In this way, we’re helping to drive innovation and the development of new VR experiences but not providing so much as a hint of our own secret sauce.

Don’t be afraid to bet on yourself

As a movement, open source is truly compelling. In many ways, it’s diametrically opposed to the “dog-eat-dog” mentality of generations past. It is instead a “virtuous circle.” Those who participate are both serving and being served by the OSS community, enabling greater levels of progress than has ever been before.

Participating in the OSS movement can push your startup’s product ambitions farther than you might have thought possible, transforming small development units into large international teams with near infinite scale. Through my own experience, I not only believe OSS is fundamental to accelerating product development, but that not participating would be irresponsible to our business. Investors, employees, partners, and customers all have demands on (and ambitions for) the businesses they choose to engage with. Being active in the OSS community lets you address many of their concerns, motivations, and objectives, whether directly or indirectly.

For any movement to truly gain traction, it needs to reap benefits for many. Within our company we’ve been able to attract and retain the best and brightest talent in the industry. And that isn’t just because we’re a cool team, it’s because today’s top developers and engineers want to make their mark as individuals within the community, driving their careers forward. Working in the open-source community lets them do that, and, in exchange, our company receives only their very best work, which drives the business forward. OSS attracts great coders, so this is a bet on ourselves — one that reads loud and clear that we’re looking to work with the best and brightest in the industry.

One of the most notable champions of the open source movement, Elon Musk, summed up this dynamic brilliantly as part of his announcement that Tesla’s would create an open source patent pool for the technology used to build its electric vehicles. He said, “Technology leadership is not defined by patents, which history has repeatedly shown to be small protection indeed against a determined competitor, but rather by the ability of a company to attract and motivate the world’s most talented engineers.”

Now before you gather your team for a rousing rendition of “Kumbaya” around the in-office, solar-powered campfire, it’s worth noting that we are still living in a competitive world. While the benefits of OSS participation are incredible, be sure you’re not giving away the farm. You will still want to perform an in-depth review prior to releasing any code to be sure your business’s core IP is not included. Ask yourselves, “Are we revealing anything about the direction of our business that we want to keep secret right now?” That said, I couldn’t recommend joining this movement enough – it can do wonders for your business and your team.

As with anything, begin with the end in mind. And if you’re really laboring over whether or not to open source, ask yourself this question: “If our business success hinges on one snippet of code, was there really enough there in the first place?”