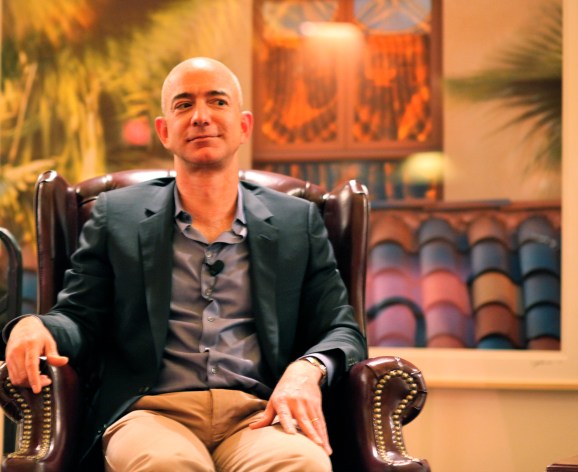 Amazon is offering in-home consultations to customers interested in installing smart-home technologies. The service, first reported by Recode, is aimed at consumers interested in new Internet of Things gear but perhaps intimidated about setting them up.

The move is consistent with a pattern Amazon has shown this year of introducing offerings or taking bold steps that offer new competition for its retail-chain rivals. The company announced plans to buy Whole Foods Markets, causing supermarket stocks to tumble. And a partnership with Nike to sell shoes caused sporting-goods stores to lose value.

The latest retail chain in Amazon’s crosshairs is Best Buy, which has been one of the rare companies to thrive despite a direct threat from Amazon. News of Amazon’s tech-consulting service drove Best Buy’s stock down nearly 6 percent. Before today’s decline, shares of Best Buy had risen 77 percent over the previous year, as the electronics chain had engineered a turnaround that allowed it to compete against Amazon in areas such as low prices and same-day deliveries from its stores.

The Geek Squad was a central part of that strategy, offering a hand-holding service to consumers to help them set up smart home systems or troubleshoot gadgets inside their homes. Best Buy CEO Hubert Joly has said the Geek Squad helped build loyalty among its customers by building relationships with them over time.

The Amazon consultations are currently available in major cities on the West Coast: Seattle, Portland, San Francisco, San Diego, Los Angeles, San Jose, and Orange County. Amazon will reportedly roll it out into other cities in coming months. Initial consultations are free, while services such as installing home-security cameras or smart thermostats are priced at $99.