What is your definition of a good driver? For some, it’s an ethical debate: It’s someone who doesn’t cut you off in traffic and give you the finger. For others, it’s a statement about proficiency and whether you know the rules. Many of us would say “good” means someone who doesn’t drive in a way that uses excess fuel — you’re trying to save the planet.

For me, it’s really all of the above, but I don’t practice what I preach. Recently, I tested a 2017 Buick LaCrosse that uses OnStar Smart Driver telematics as a way to learn about my actual driving mechanics. I’ll be honest — it turns out I’m not a “good” driver using the Smart Driver metric, scoring a 71 out of 100 over a one-week period. You could even say I’m a terrible driver, considering I accelerated too quickly a whopping 17 times, drove too late at night 2.3 percent of my testing time, had 4 instances of hard braking, and drove over 500 miles.

That last metric is interesting. If I had driven more, my score could have been higher, since the score is derived from a percentage of the other factors. For example, my score would have been higher if I had driven 1,000 miles but accelerated too quickly the same number of times. That means, to increase your score, you could drive more and not make as many mistakes. If you own the car, you could even share the good driving metrics with your insurance company for a discount. But the real question is this: Will you learn anything?

I did. Each of those 17 fast accelerations could have been avoided easily by planning things a little better. It’s not that I was pulling out in front of oncoming traffic, but there were times when I tried to beat the traffic a little. I could also plan my route differently. A highway near my houses has a hard right turn onto a 65 MPH highway, so you have to accelerate quickly. But up the road a bit, there’s an entrance ramp. I learned that a good driving score is at least partially based on making decisions that will keep me from braking too hard and accelerating too fast.

And, really, the data is there in black and white. I used the Onstar.com website as much as the OnStar app, and both worked fine as a way to see my score. It was surprising to look back after one particular drive into Minneapolis and note that I was obviously in a hurry. You don’t really think about whether you’re driving too fast at the time. I also realized I left a remote work location way too late at night. Leaving earlier would have helped my score because late-night driving is one of the reasons people make poor driving decisions.

The app is obviously intended as a teaching tool, mostly for young drivers. You can print out the score and the data for the week or month. Using the app, I was able to zoom in on one day and see when I was accelerating the most. A map view shows where these instances occurred.

I ended up liking how it all works, although I’m guessing OnStar will add a few more details eventually, such as when the car banked around a turn too quickly. As far as connected car tech goes, it could expand much further — when did the LaCrosse drive out of a lane, when was it too close to another car, did it pause long enough at a stop sign. This data could be fed to a central server and used for car traffic control someday, although that’s quite a ways off.

For now, the data revealed I’m in a hurry too often. I’m already trying to slow down. 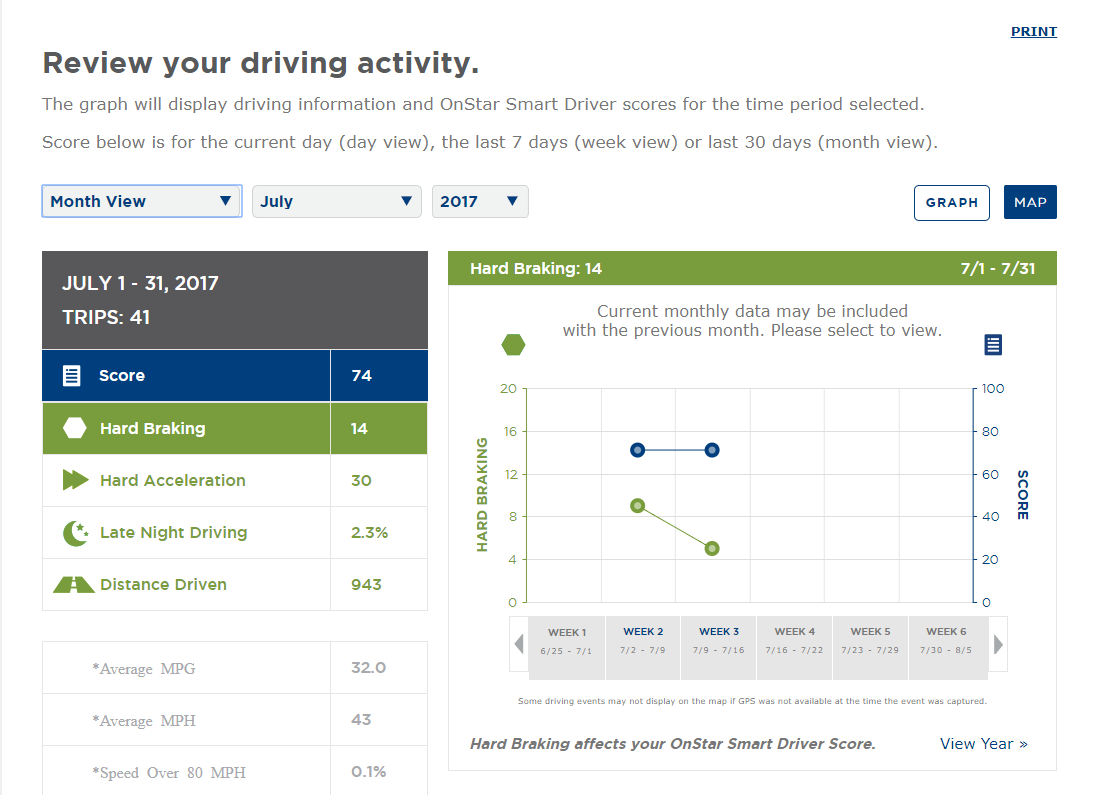 Above: My driving score writ large. 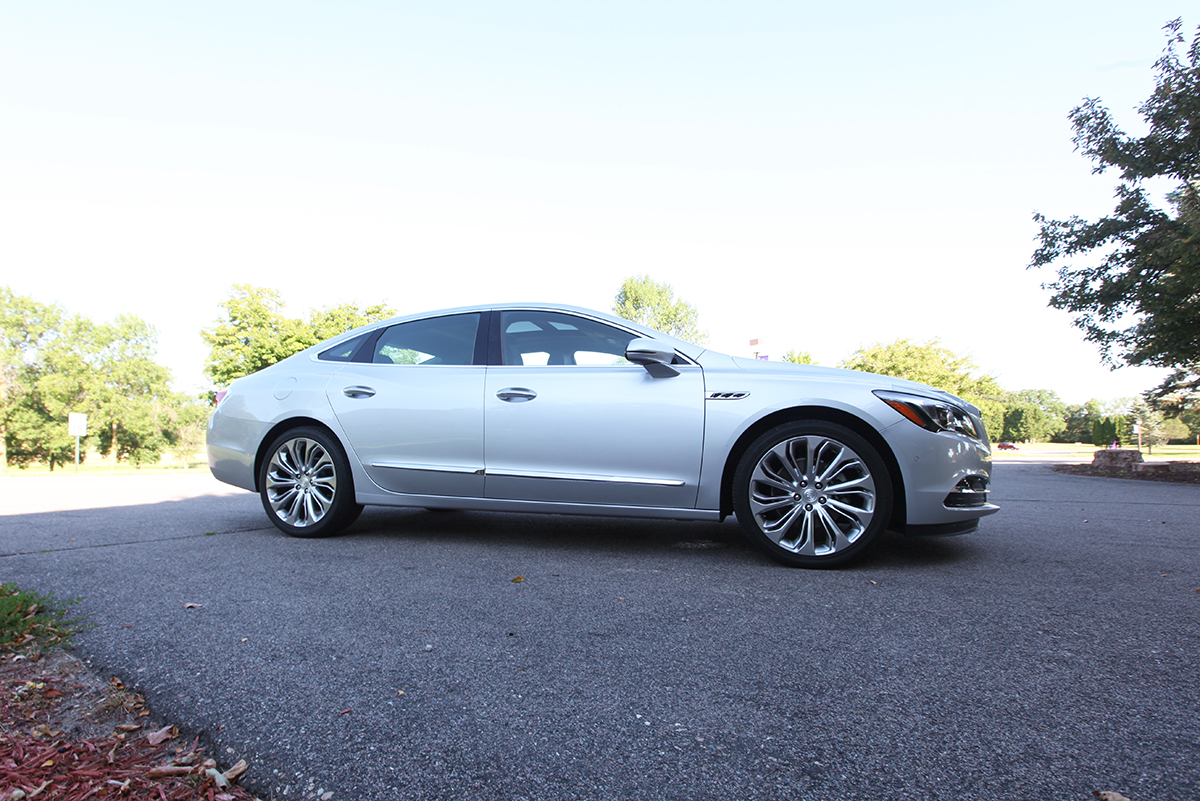 Above: The 2017 Buick LaCrosse with OnStar Smart Driver. 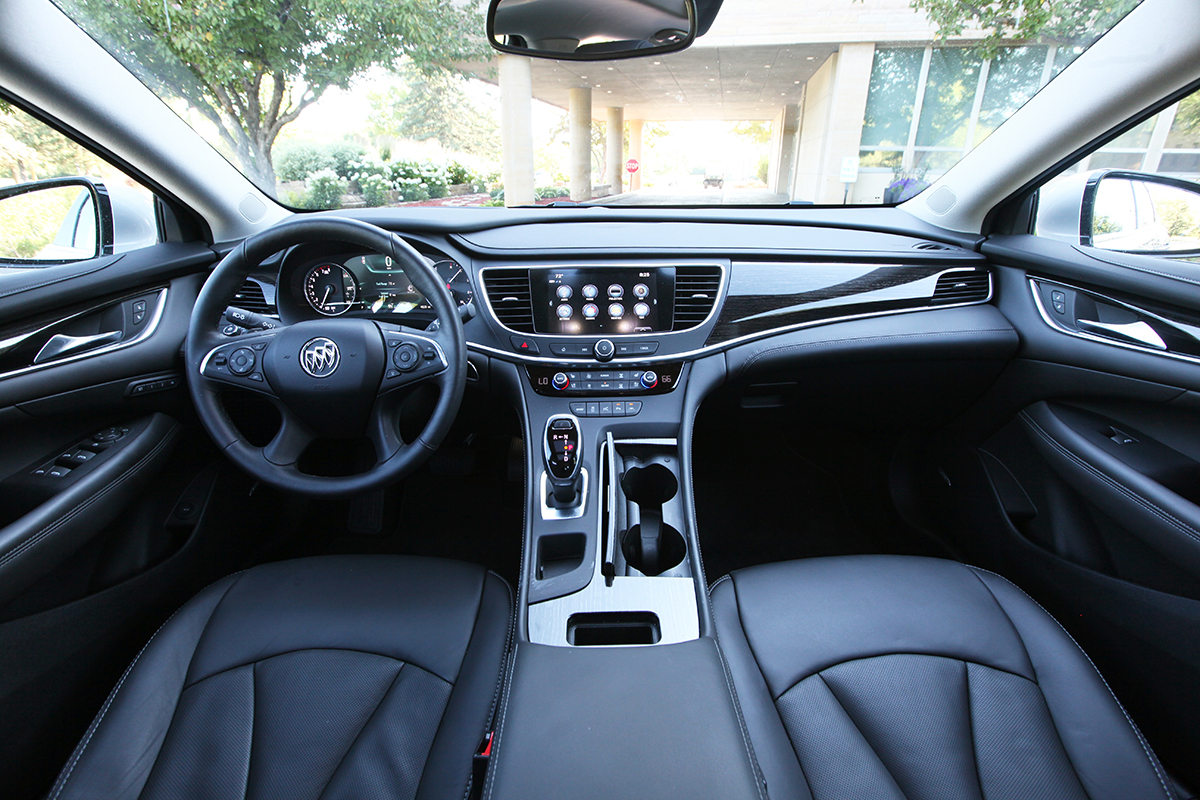 Above: Inside the 2017 Buick LaCrosse.