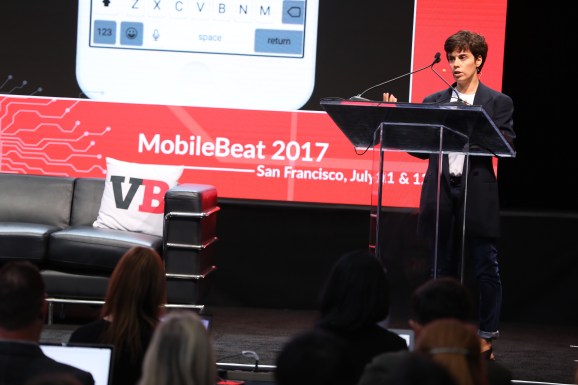 “With our NLP technology, they can simply type something like, ‘I’m going on a date’ or ‘I need a business casual look for today’ and we will pick one tailored to your personality and weather in your location,” founder Anastasia Sartan told VentureBeat.

Sartan announced the news onstage during the AI showcase at MB 2017, a gathering of startups and tech giants in the AI and bot industries. MB 2017 will be held July 11-12 at Fort Mason in San Francisco.

A portion of the natural language processing (NLP) that gives the bot the ability to answer questions comes from API.ai, the service for bot or intelligent assistant creation acquired by Google last fall. The vast majority of its NLP, however, comes from deep-learning algorithms developed by Eyptom Stylist and based on millions of questions users have asked the bot since it was created.

Though bot developers are free to incorporate NLP as Epytom Stylist has done, changes made to the Messenger Platform have moved bots away from a place where you type messages back and forth with an automated bot, perhaps to lower expectations and overcome the shortcomings many bots suffered in this area.

Updates made to the Messenger Platform this spring brought the persistent menu to bots, making many bots more like guided experiences with buttons rather than appearing with the text input space typically seen in Messenger conversations. Chat extensions appear in webview and don’t come with natural language processing capabilities.