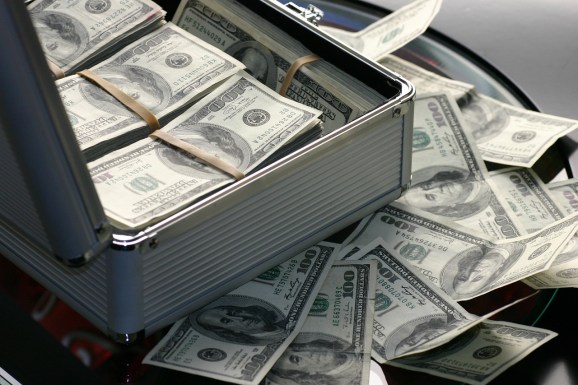 Venture capital investors haven’t dropped out of the startup race. But after setting a torrid pace for two years, they are now clearly taking a moment to catch their breath.

Startups in the U.S. raised $21.78 billion across 1,958 deals in the three months ending June 20, according to the PitchBook-NVCA Venture Monitor. This is a big jump from Q1. And now, through the first half of the year, 3,876 companies have raised $37.76 billion in venture capital.

That should put investing on pace to top the $71 billion raised by startups last year. Still, it’s likely to remain under the $78.6 billion raised in 2015.

“Venture investment activity the last few quarters supports evidence from the field that the industry is in the middle of a self-correction as valuations come down and the marketplace cools off,” said Bobby Franklin, president and CEO of National Venture Capital Association. “That’s not to say investors are retrenching, but rather returning to a steadier pace of investing. With $130 billion in capital raised since 2014 and the IPO market for venture-backed companies strengthening, the dynamics of the industry are healthy, and venture investors are in a strong position to support the growth of the next generation of innovative companies.” 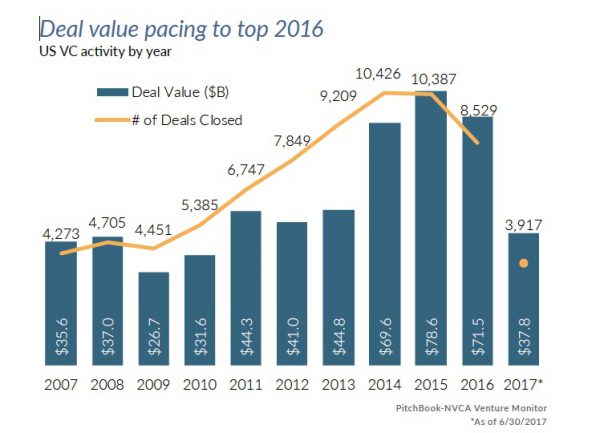