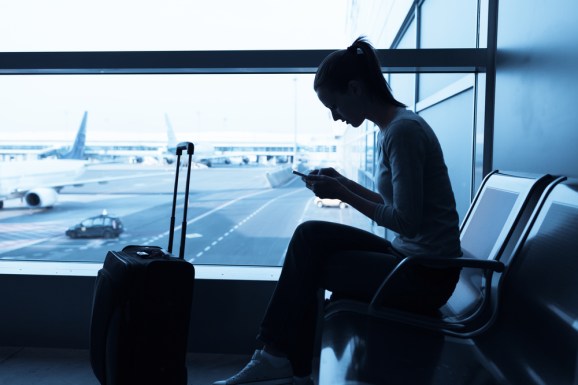 “I’ve re-routed you to Denver, John. Enjoy your flight!” This message is not going to happen anytime soon, at least if the way most chatbots and voicebots work today is any indication. In the shift from highly interactive texting paradigms — you tell a bot what you want, and it parses what you say and provides an answer — to something that is more like a personal assistant, the AI we want is not the AI we have.

I first noticed this today as I debated looking for a different flight out of Minneapolis. There are a few options available. The old way is to use Expedia and try to shoehorn myself into another flight. The current way is to use a bot like Mezi that does add quite a bit of intelligence. I used it to book my flight — it sent me my boarding pass automatically and reminded me about my flight.

Don’t take this as a complaint, but AI will someday evolve far beyond this. A bot will know more about me than my wife, at least when I travel on business. It will know where I am at all times and that there was a significant delay on the way to the airport. It will know how much time I need to get to the airport in order to go through security (based on the lines it can see using security cameras or some other data analytics, such as the number of active cell phone connections). And it will decide — without me texting or saying anything — to route me to Denver.

I’ve written recently about how voicebots are replacing chatbots mostly because the companies behind these voicebots are tech monoliths. And chatbots aimed to replace apps whereas they should have tried to replace phones. AI will eventually replace the voicebots as well. And the chatbots, and your apps, and the phone in your hand, and maybe even your laptop.

AI that is the most useful acts on our behalf. The “interface” is just the messaging component, the last step in the process that, until that point, was all about making our lives easier. I’m convinced travel is one of the best testbeds for AI, because it’s so stressful and ripe for more automation. An AI should be able to take care of almost everything. We should be able to tell a bot we have a trip planned to San Francisco. The AI then knows everything about us — what we like to eat, that we like the Holiday Inn Express chain (away from the bustle), and that we won’t need a car because we’re planning on biking the whole time to avoid traffic issues.

Bots today are blissfully unaware of most salient details about our preferences and desires. They know a few facts, like a preferred airline. There is still a dialog, and that’s the part that will go away soon. When I ask Google Home to tell me the weather every morning, it’s surprising that the bot doesn’t figure out it should start telling me that without asking. Similarly, a travel bot or a skill on Alexa related to travel is still mostly a back-and-forth discussion that is way too time consuming.

AI has to evolve and become personal — we know that already — but it also has to do the heavy lifting behind the scenes. It should nudge and remind, sure. At the airport, a bot could chime in by voice and tell me it’s time to move over to the boarding area. Or maybe it doesn’t do that because I hate those reminders. When I miss a flight, an AI should act with lightning speed and get me booked on another flight faster than a flight attendant can hand me a bag of peanuts. I should get such notices before I even get through the traffic, because an AI can make hundreds of decisions for me in seconds. The true power of an AI is that it can adapt, act quickly, perform work we don’t like to do, and improve our lives.

There’s too much bot babysitting today, too many steps without a payoff. The real reason people don’t like chatbots is because they require too much work. In the end, the goal is to have an AI find a flight, book it, let people know we’re running late, and order a rain jacket from Amazon because it knows we forgot one and it’s going to rain in San Francisco.

When a travel bot does all of those things, sign me up.