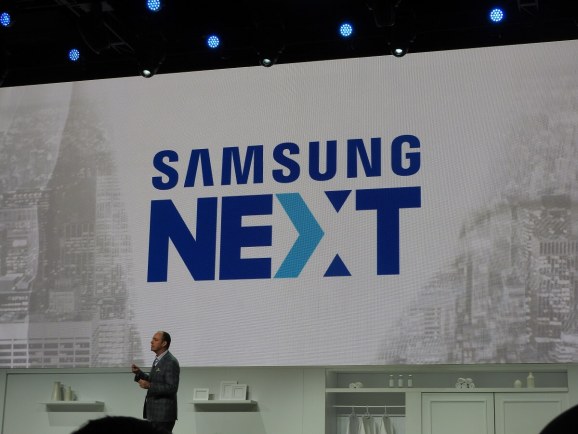 Previously known as the Samsung Global Innovation Center since its inception in 2013, Samsung Next arrived on the scene back in January with its first dedicated investment fund — prior to that, any investments were made from various conduits from within Samsung itself. Over the past four years, Samsung says that it has invested in around 60 startups, of which 12 have exited, and it has made 15 acquisitions.

Samsung Next is focused on “new frontier” investments in areas such as virtual reality (VR), artificial intelligence (AI), and Internet of Things (IoT). So far its purview has been in and around its existing hubs in its native South Korea, Silicon Valley, San Francisco, New York, and more recently Tel Aviv. Now, however, Samsung has set up a European base in Berlin, with plans to open additional offices in Europe “within the next year,” according to a statement issued by the company.

“At Samsung Next, we’re investing and acquiring companies in areas like AR, VR, and AI to build the products and interfaces that will further transform how we’re connecting with the world,” explained Felix Petersen, who recently joined Samsung Next to head up its European excursions. “The combination of deep tech talent and cultural diversity makes this market (Europe) very attractive. It also gives us a great opportunity to become the place for European entrepreneurs looking to build and grow their startups and turn them into revolutionary companies.”

Petersen, for what it’s worth, has a couple of exits under his own belt already — he cofounded geosocial platform Plazes, which was acquired by Nokia in 2008, and later sold another social network of sorts called Amen. More recently, Petersen was a partner at Portuguese VC firm Faber Ventures.

Today’s news comes just a day after a report from Invest Europe, the region’s venture capital association, revealed that European VC firms raised $7.3 billion in 2016, a 10-year high. An improving exit market in Europe is one reason why VC funding could be on the up, but another potential reason is that it’s simply easier to garner better returns in Europe than in places such as Silicon Valley, where startup valuations can be overinflated.

In short, Europe is looking like a good bet for investors seeking good returns.