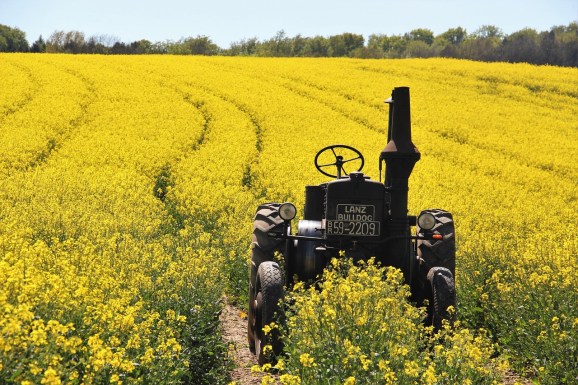 When I’m facing an AI-identity crises, I like to talk to a chatbot.

Anyone’s chatbot. The sizzling smarts on display always calm me down. Still, kidding aside, AI pretty much deserves its hype. The market is predicted to be $37B by 2025. I am convinced it’s the next wave of tech and will change how we do things as much as mobility did and as much as personal computing did before that.

One of the (mis)perceptions in artificial intelligence is that AI headquarters is somewhere near San Francisco.

While major enterprise tech firms with AI acquisition maws like Apple and Google are there, artificial intelligence is a wave you can catch anywhere.

Disruptive artificial intelligence startups outside of Silicon Valley speak for themselves — and some actually do, especially in the case of Dave or Motion.AI. Here are a few examples:

Chatbots hold a lot of promise, but for most applications, they aren’t smart enough yet. Motion.AI is solving for smarter chat bots by focusing on very specific use cases like restaurants and survey, and also building an abstracting layer around the chatbot to modernize the chatbot as a platform. Their client list includes Wix, Hubspot, LG, Kohls, Kia, Liberty Mutual, and Deutsche Telekom. They’ve launched a bot store where you can download chatbot templates, too.

“While we do have some team members on the coasts, Chicago has been a great place to grow our company,” says CEO David Nelson. “The machine learning talent pool has proven to be quite rich, in large part due to strong ML departments at the University of Chicago and UIUC. Because Chicago historically is a very strong sales operations hub, this gives us confidence in remaining headquartered in the area long-term.”

Dave is a learning chatbot designed to outsmart overdrafts. It predicts upcoming expenses and lets users borrow up to $75 to prevent an expensive overdraft fee.

Getting too much mercury in your diet? Sensitive to gluten? Do you produce enough testosterone? Order one of the home lab kits from Everly Well and their intuitive interface will guide you through the answers to your burning questions.

Most people can’t make heads or tails of traditional lab results. EverlyWell’s simple charts and predictive analytics can help you know not only the score, but also typical take-aways form someone with your lab results.

Started by two ex-Bank of America quants, Fuzzy Logix is a faster way for enterprise companies to get intelligence from large structured data sets. Their DB Lytix product works within existing databases to perform predictive analytics that takes hours instead of days, and requires no data export.

Spinal taps have a deservedly painful reputation. They’re notoriously difficult for both doctor and patient. 20-70% of all spinal tap procedures have complications. Thanks to mechanical engineer Jessica Traver from Perdue, there’s now a device thatguides the physician to getting it right the first time.

When you think of ecommerce fraud, for most of us shoppers our head goes to credit card fraud and identity theft. Actually, for online retailers, remarketing fraud and advertising fraud are also huge drains on revenue. NS8 monitors site traffic to find fake shoppers surfing for coupons and paid links that zap the profit out of an online retailer’s marketing campaigns.

Most sales and marketing departments know some part of their prospect lists are stale, but which part? It’s no surprise list maintenance falls to the bottom of the marketing department’s must-do’s. Prospectify feels your pain The startup just raised its first round to automate lead generation, list cleaning and verification using machine learning to help predict the right emails for outdated contacts and more.

Weather prediction is so widely inaccurate it’s often the butt of jokes. This team says it’s not the models or the science. It’s the snail-like speed of the computers running the huge 3D models of massive weather systems. Their method–1523 times faster–uses machine learning to quickly create high resolution weather predictions on zippy multi-core processors. Where now, it can be a 30-60% chance of rain, they intend to narrow the gaps and literally help the planes and trains run more on time.

Trust Stamp provides “trust as a service.” Financial institutions lose $20 billion a year to synthetic identity fraud. This company’s approach combines your face with your online interfaces, such a social accounts, to add a layer of behavioral confidence. One of the fun applications? Send email that can only be opened when the recipient’s face is in front of the computer.

CEO Andrew Gowasack says, “Our simplest use of AI is predicting the likelihood that the subject of a photo is the same person that is depicted in thousands of possible formats of photo ID or in images data mined from social media.” For example, “In the US we are used both to identify synthetic identities in credit card applications and also to authenticate the senders and recipients of encrypted emails. In the U.K. we provide risk-based anti-money-laundering (AML) screening in real estate transactions.”

Amir Husain, CEO, says, “SparkCognition was founded on the idea that the time has come for machines to think independently, solve problems and augment human potential, . . . I believe that intelligent systems hold tremendous promise for the human race and may in fact present the only practical avenue to rid us of many of the ills that have plagued us since the dawn of our own consciousness — poverty, hunger, disease, and fear.” SparkCognition just raised a $32 million series B from their Austin headquarters, with Boeing and Verizon participating.

Could it be that artificial intelligence startups outside of Silicon Valley have an edge on applying AI in real world scenarios?

After all, much of the big, dynamic data that drives the best AI comes from sensors and corporate applications, and those are most at home in agricultural, manufacturing and industrial settings.

“We started out using resources from the obvious big name providers because the idea of creating our own AI solutions was daunting for a small Atlanta startup. We quickly discovered that there were no killer applications and that by creating our own solutions we could tailor them to our exact needs. Atlanta is a human and intellectual melting pot and we intend to reflect that to produce truly global AI products,” said Gowasack.