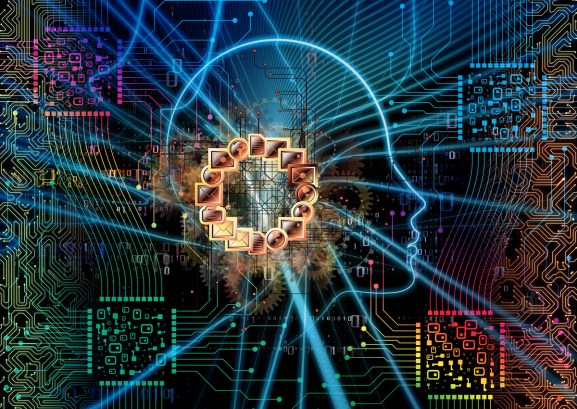 Advances in deep learning and other machine learning algorithms are currently causing a tectonic shift in the technology landscape. Technology behemoths like Google, Microsoft, Amazon, Facebook and Salesforce are engaged in an artificial intelligence (AI) arms race, gobbling up machine learning talent and startups at an alarming pace. They are building AI technology war chests in an effort to develop an insurmountable competitive advantage.

Today, you can watch a 30-minute deep learning tutorial online, spin up a 10-node cluster over the weekend to experiment, and shut it down on Monday when you’re done – all for the cost of a few hundred bucks. Betting big on an AI future, cloud providers are investing resources to simplify and promote machine learning to win new cloud customers. This has led to an unprecedented level of accessibility that is breeding grassroots innovation in AI. A comparable technology democratization occurred with the internet in the 1990s and, if AI innovation follows a similar trajectory, the world will be a very interesting place in five years.

First, advances in computing technology (GPU chips and cloud computing, in particular) are enabling engineers to solve problems in ways that weren’t possible before. For example, chipmaker NVIDIA has been ramping up production of GPU processors designed specifically to accelerate machine learning, and cloud providers like Microsoft and Google have been using them in their machine learning services.

These advances have a broader impact than just the development of faster, cheaper processors, however. The low cost of computation and the ease of accessing cloud-managed clusters have democratized AI in a way we’ve never seen before. In the past, building a computer cluster to train a deep neural network would have required access to capital or a university research facility. You would have also needed someone with a PhD in mathematics to understand the academic research papers on subjects like convolutional neural networks.

Although everybody points to improvements in CPU/GPU as the primary driver of AI innovation, this is only half the equation. Advances in AI algorithms in the mid-1980s broke the spell of the AI winter of the 1970s. The work of deep learning pioneers like Geoffrey Hinton and Yann LeCun solved some of the critical shortcomings that plagued earlier algorithms. In many ways, algorithms like Hinton’s backpropagation opened the floodgates for future algorithmic innovations, albeit these improvements happened at a slower, academic pace. DeepMind’s AlphaGo program, for example, combined deep learning with reinforcement learning to enable a computer that beat the world’s highest-ranked Go player in 2017 – a full 20 years later.

Historically, AI has been defined by the ability of a computer to pass the Turing test, which meant the public wasn’t going to be happy with AI until they had a walking, talking robot. Anything less was considered a failure. We’re still far away from creating this kind of general AI, but we’re already solving some types of advanced problems with machine learning, a subset of AI proper. Rather than focus on general intelligence, machine learning algorithms work by improving their ability to perform specific tasks using data. Problems that used to be the exclusive domain of humans – computer vision, speech recognition, autonomous movement – are being solved today by machine learning algorithms.

Enterprises should take advantage by aligning their cloud and technology stacks with providers who are leaders in AI. The gap between the AI haves and have-nots will continue to widen, so picking the right technology providers is critical. For example, a non-AI powered CRM system might allow your sales team to find prospective customers based on the last time they were contacted, helping sales reps search for potentially fruitful leads. But an AI-powered CRM system, in contrast, could proactively feed leads to sales reps in real time using algorithms designed to maximize the likelihood of a sale, based on breaking information about the customer, their company, and the sales rep herself. Choosing the right CRM vendor in this case could have a direct and significant impact on revenue.

This year will, if it hasn’t already, bring the realization that if we don’t develop strong in-house machine learning capabilities now, we’ll end up on the wrong side of the future of technology. However, rather than hire teams of AI innovators like the first wave of AI tech giants have done, today’s technology companies must build their AI capabilities using out-of-the-box machine learning tools from AI-focused platform providers like Microsoft and Google.

The increasing demand for AI-driven technology, combined with the dearth of machine learning talent in the labor pool, will force the democratization of data science. Indeed, Google and Microsoft are betting the farm on this trend, which is why they’re making such huge investments in machine learning education and easy-to-use AI tools.