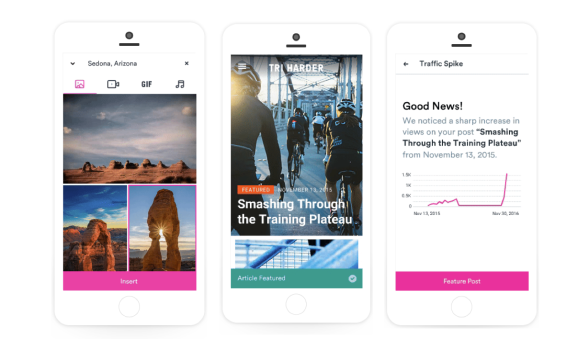 We’re still many years away from computers being able to write and create content at the level that humans can. But today there are a number of ways we can leverage artificial intelligence to help us write and publish smarter. This is the belief of AJ Frank, the chief executive of Verst. Frank is a technology and product veteran who’s worked at Uber, Twitter (Vine), and Google (YouTube) before coming on to lead Verst in 2016.

Based in New York, Verst is building an intelligent, modern publishing platform. Frank and his team realized that in today’s publishing landscape, many of the tools are outdated, overly complex, or don’t offer enough. Verst saw a wave of publishers start to move towards building custom content management systems to manage their content, which is often both expensive and time consuming. Frank believes that publishers shouldn’t spend their resources trying to build a complicated CMS; instead, they should focus on what they do best — creating amazing content. Verst wants to be the technology layer that makes publishing intuitive, while at the same time offering powerful tools such as advanced analytics and A/B testing to help us create and share content more effectively.

With the recent launch of Verst 2.0, Greylock’s John Lilly caught up with Frank to talk about what drove his team to build a new publishing platform and how it will differentiate itself from the other tools out there. They also talk about the pros and cons of building a world-class tech company in New York, how Frank thinks about interviewing engineers, and the operating principles that set the foundation for Verst’s company culture. (Disclosure: Greylock is an investor in Verst.)

Below are a few key takeaways from the podcast:

Elisa Schreiber is the marketing partner at Greylock Partners.