Alation, which provides software that allows businesses to have a single source of reference for their data, today announced funding of $23 million, in a round led by Icon Ventures. New investor Harmony Partners, as well as existing investors Costanoa Ventures and Data Collective, also joined.

Alation indexes enterprise databases like Teradata, business intelligence (BI) tools like Tableau, and file systems like Cloudera to simplify the search for data. “Much like Google crawls the public internet, the Alation data catalog automatically crawls, parses, and indexes all of an organization’s data and the logs of how data is used,” wrote Alation cofounder and CEO Satyen Sangani, in an email to VentureBeat. 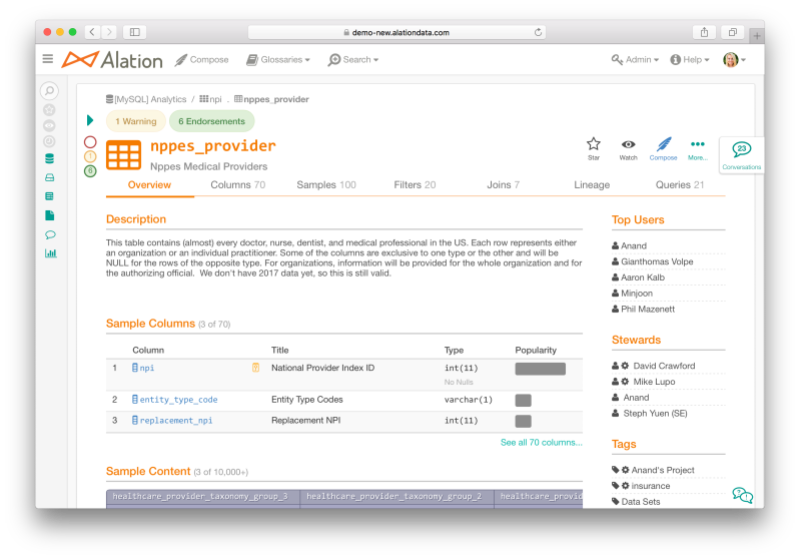 The Redwood City, California-based startup uses artificial intelligence (AI) to understand patterns in usage — how the data is being used, what techniques are being applied to derive insight, and who has used the data to drive that insight. “In essence, what Alation does for data is similar to pagerank in Google,” wrote Sangani.

The chief executive claims to have more than 70 customers — including eBay, Pfizer, Pinterest, Square, and Tesla — who purchase a yearly subscription to access the software. The price point can go up to millions of dollars a year, says Sangani.

Alation has raised a total of $32 million to date, from investors that include Andreessen Horowitz, Bloomberg Beta, and General Catalyst Partners. The new money will be used to increase sales and marketing, further research and development (R&D), and grow the team of 85.