Two Chattanooga startup companies were picked to take part in Techstars Atlanta, an acclaimed “accelerator” program for budding businesses that marks its second year in Atlanta.

The Chattanooga startups chosen were Collider Tech, which is developing a high-speed, 3-D printer for industrial use, and Rapid RMS, which makes cloud-based, point-of-sale software so gas stations, liquor stores and other retailers can replace their clunky cash register with a sleek, iPad computer tablet.

Both companies have people commuting to Atlanta for the 90-day Techstars Atlanta program, which is housed at Ponce City Market. It promises that entrepreneurs who participate will “build their business network, receive individualized support and learn how to do more faster.”

Jason Luna, Rapid RMS’ chief operating officer, met with 10 mentors Monday at Techstars — and will do that over and over again for 10 days until he meets 100 mentors.

“Today was the first day of ‘Mentor Madness,'” he said, describing the first phase of the accelerator that Rapid RMS hopes will culminate in $3 million worth of backing from investors.

“We’re looking to do a Series A round of financing, looking to raise $3 million, primarily for sales and marketing,” Luna said.

Rapid RMS has 349 customers, Luna said; 49 use the point-of-sale system and 300 use back-office software.

“Most of those are liquor stores,” he said. 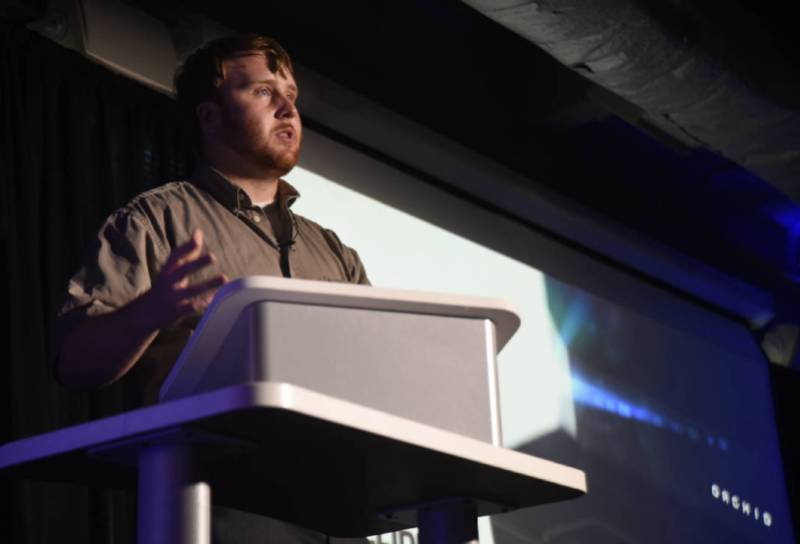 “It’s great. We’re pumped to be participating and to be chosen,” said Bredemeyer, who took part in the Company Lab’s Gigtank accelerator program here in Chattanooga in 2016.

Techstars, which is at some 30 locations around the world, has a different focus than Gigtank, he said.

Collider was still heavily in technical development during the Gigtank accelerator, he said. Now, its goal is to produce and sell five “beta” versions of its high-speed 3-D printer that can make parts from a variety of materials, including plastic, silicone and metal.

“You can make everything from a metal automotive part to a shoe sole,” Bredemeyer said. “We’re focused in right now in developing out our sales processes and sales pipeline.”

Techstars is one of the world’s best-known accelerators, Bredemeyer said, probably second only to Y Combinator.

Of the 41 counties represented in the applications, the nations with the most applicants were U.S., Nigeria, Israel, India and U.K, the release said. Nearly a quarter of the total applications came from Atlanta.

The Techstars Atlanta program will be capped off by Demo Day on Oct. 10.