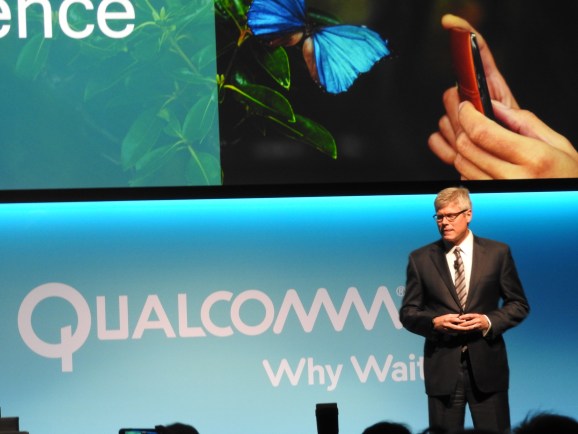 Corporate legal disputes can make for boring news. They may drag on for years and frequently hang on any number of technical details. Qualcomm’s battle with Apple is notable because of the resources and legal expertise both companies are bringing to bear, as well as the financial brinksmanship that is being deployed. This has left investors and analysts grappling with how to gauge the damage that could be done.

Qualcomm has faced many licensing disputes over the years, including one with Nokia when the latter dominated in mobile phones, and another more recently with a Chinese smartphone manufacturer. Apple presents a more formidable opponent. It has deep resources, is one of Qualcomm’s largest customers, and is good at holding grudges.

The Apple dispute goes back to the company’s cooperation with South Korean regulators who charged Qualcomm with antitrust violations (which led to a record $927 million fine). In January, Apple sued Qualcomm, claiming it was withholding nearly $1 billion in patent license rebates as retribution for that cooperation. In May, Qualcomm sued Apple after it instructed its contract manufacturers to withhold their royalty payments to Qualcomm.

Those lost royalties account for much of Qualcomm’s drop in revenue and profits. Overall revenue, which includes other units, like its CDMA technologies, declined 11 percent to $5.4 billion in the third fiscal quarter, which ended June 25. Net income fell to 58 cents a share from 97 cents a share a year ago.

Qualcomm also guided its fourth-quarter earnings lower than analysts had expected — to between 75 cents and 85 cents a share, well below the forecast 91 cents. The darker financial outlook caused Qualcomm’s stock to drop as much as 3.5 percent following its earnings. One reason for the lower earnings, the company said, was higher than expected litigation expenses.

The stock recovered about half of that loss after executives tried to reassure analysts. “We believe we hold the high ground with regard to the dispute with Apple,” said Qualcomm CEO Steve Mollenkopf. “We obviously ask for some patience in terms of getting through this, but we do feel good about our positioning.”

For their part, analysts focused questions primarily on the licensing issues with Apple and others. One asked whether it made sense to break up the company, given that the legal disputes in the licensing business could be hurting the value of the CDMA business. Mollenkopf said Qualcomm has considered a breakup from time to time, “but at this point I feel we have the right structure.”

Later, Qualcomm executives got into a back and forth with another analyst after disclosing that an unnamed licensee had also stepped forward with a separate licensing dispute. The analyst asked whether this could lead to “further contagion spreading to other customers.”

“You never know what you never know,” said Qualcomm president Derek Aberle. “But if you look at it historically, we haven’t had that problem. We believe we can work to resolve disputes without other licensees necessarily just deciding they aren’t going to comply with their agreement.”

“But that’s exactly what’s happening now, isn’t it?” the analyst shot back.

Many of Qualcomm’s past licensing kerfuffles have ended in settlements. This one with Apple may as well, but at this point it’s heating up. Earlier this month, Qualcomm asked the International Trade Commission to bar Apple from selling iPhones and iPads in the U.S. Earlier today, four of Apple’s contract manufacturers alleged that Qualcomm is violating U.S. antitrust laws.

“It is clear that Apple is controlling all of the contract manufacturer statements and actions in the litigation,” Mollenkopf said. “We have made several offers to Apple to have an independent third party resolve the disagreements. Apple has refused those offers each time, which shows they are more interested in pursuing a litigation strategy rather than good-faith resolution.”

Once the dust does settle, Qualcomm sees growth returning to its licensing business. “We would have seen year-over-year growth in the licensing business if we had resolved these licensing disputes,” Aberle said. The question is how long it will take to return to that growth.