Japanese ecommerce giant Rakuten is striving to elevate its name globally through a series of sponsorships and rebrands involving its subsidiary businesses.

The latest effort involves Wuaki.tv, the Spanish video-on-demand (VoD) company Rakuten acquired back in 2012, and which now counts five million users across 12 European markets, including Spain, the U.K., France, Germany, and Italy.

We already knew that Rakuten was planning to rebrand Wuaki.tv, a service that offers movies and TV shows for streaming across various platforms, but now it seems the rebrand is complete.

Moving forward, Wuaki.tv will be known as Rakuten TV, and the company said that it plans to double down on its investment in the U.K. market, where it counts one million users. Reports also indicate that Rakuten plans to integrate San Francisco-headquartered video-streaming service Viki — which Rakuten bought in a $200 million deal back in 2013 — into the broader Rakuten TV brand, alongside Wuaki.tv and Showtime, which operates out of Japan.

The news also comes hot on the heels of a global sponsorship deal with FC Barcelona, a move that will see the Rakuten brand splashed across players’ jerseys. 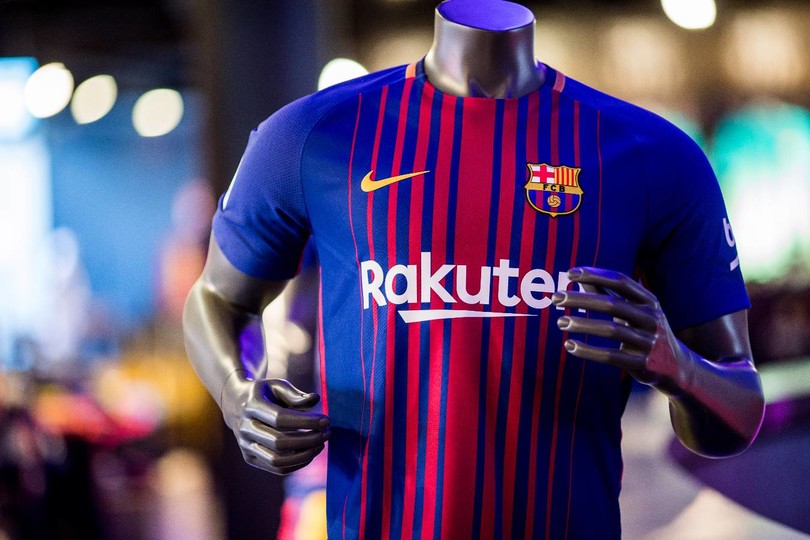 Above: The new FC Barcelona shirt has been on sale since June 1

Founded in 1997, Rakuten is among the biggest ecommerce companies in Japan, but it has also been reaching farther into Western markets through acquisitions. Back in 2011, Rakuten snapped up Canada’s Kindle-competing ereading company Kobo in a $315 million deal before rebranding it as Rakuten Kobo a few years later. Rakuten also acquired Israeli messaging giant Viber in a $900 million deal in 2014, and it recently announced that its corporate name was now Rakuten Viber.

Related to this, Rakuten has also revealed plans to push Viber, which claims to have 800 million users and competes with the likes of WhatsApp and Facebook Messenger, as a communications conduit between FC Barcelona and fans / media.

Historically, it has been tricky for tech companies based in the East to make a name for themselves in the West — and vice versa — but Rakuten has taken a smart approach with its globalization efforts. It has bought up companies operating across different verticals in different markets, including video-streaming and mobile messaging, and is now seeking to draw synergies and make its name familiar to hundreds of millions of people globally.

Rakuten’s tie-up with FC Barcelona shouldn’t be underestimated either — the club is among the most valuable soccer brands globally, estimated to be worth around $1.4 billion. And with the Spanish La Liga soccer season kicking off in less than a month, Rakuten’s name will be beamed into millions of homes and bars around the world. Around 500 million people watch El Clásico (Barcelona vs. Real Madrid) alone, and in terms of global brand-building exercises, that’s about as good as it gets for Rakuten.