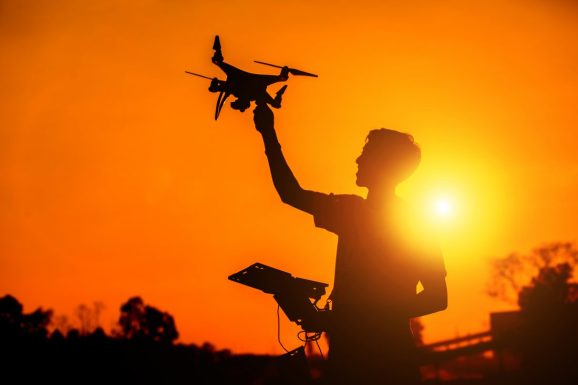 PrecisionHawk raised $29 million and plans to bring end-to-end drone services to companies around the world.

Drones have taken the world by storm since they went mainstream a few years ago. They’re dramatically cheaper to buy and far easier to use than any other type of powered aircraft, making them increasingly popular in the world of aerial photography.

Just last year, the FAA loosened regulations on commercial drone use in the US, allowing businesses to provide drone services to other organizations and creating huge potential for drone adoption in the agriculture, construction, energy and insurance industries.

“The consumer and government industries for drones are multi-billion dollar industries, and yet the commercial industry for drones has just started taking off,” said Michael Chasen, the CEO of PrecisionHawk.

PrecisionHawk is one of the foremost leaders in the fledgling commercial drone space. It supplies the hardware (drones and sensors), the software (flight programs and analytics) and the services (pilots and consultation) to its clients. An insurance adjuster, for example, can purchase a drone, survey a property and receive help interpreting the data they gather all from one provider.

Watch Chasen’s pitch for PrecisionHawk below to learn how the team plans to bring end-to-end drone services to companies around the world:

The commercial applications for drones are many and varied, but the most popular so far is for crop surveying in agriculture. Farmers can use drones equipped with a variety of imaging sensors to quickly and easily survey their land, determine crop yield and identify problem areas.

PrecisionHawk’s hardware and flight software are useful tools for many commercial enterprises , but the analytics software is arguably the most valuable component of its drone system. The algorithm library (sold as a separate subscription) includes many agriculture-related apps as well as cross-industry apps for orthomosaic images, 3D modelling and volume measurements, to name a few.

The company’s consulting teams frequently help clients understand how they can integrate their data into business processes to improve products, and some customers are hiring PrecisionHawk’s developers to write custom analytics.

“Our clients don’t have pre-canned analytics yet, so they’re looking for us to gather the data and use our base analytics, and they’re also hiring us to write very specific analytics for the problems they’re encountering,” Chasen said.

A competitive lead—but not uncontested

PrecisionHawk has a sizable lead over other commercial drone service providers because the team has worked one-on-one with the FAA and other regulatory bodies to establish rules and regulations for utilizing drone technology. As such, it’s currently the only company of its type in the US whose operators are permitted to fly drones beyond visual line of sight, which is useful for clients who need to survey very large tracts of land or hazardous terrain.

However, PrecisionHawk’s many competitors will likely acquire these same permissions as they grow and establish relationships with the FAA. As the commercial drone industry becomes more sophisticated and saturated, other service providers could pose potential challenges for PrecisionHawk.

However, PrecisionHawk’s greatest strength is its diversity of services. Even if a competitor beats out PrecisionHawk in one type of solution or one industry, the team currently has the flexibility to easily shift focus to another market and establish a dominant presence there.

The global future of drone technology

Even if competition becomes fierce in coming years, Chasen reports a $5 billion domestic market and $38 billion global market that can benefit from PrecisionHawk’s products and services. The company already has an international presence, with offices in Canada, Argentina, Australia and the UK in addition to its headquarters in Raleigh, NC.

Since its founding in 2011, Precision Hawk has processed over 8 million acres of land, and its customers include global brands like Monsanto, DuPont, Chevron, Verizon, Pepsico and Yamaha. The team is also continuing to work with the FAA and NASA to address traffic management concerns surrounding the integration of drone fleets into the national airspace.

In a recent pitch for PrecisionHawk, Chasen evoked The Jetsons as an illustration of the expansive role he believes drones will soon have in our world. If his prediction is correct, then PrecisionHawk could be a key company leading us towards that future.

Matt Hunkcler is host of Powderkeg podcast. PowderKeg is an impassioned community of technology entrepreneurs and professionals outside of Silicon Valley.