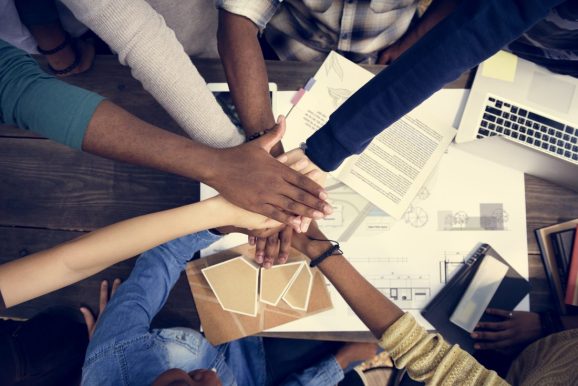 Texas based organizations DivInc, The Circular Board, Capital Factory, and Diversity Fund aim to tackle the region’s lack of diversity in tech.

Entrepreneurs and investors often lament the lack of diversity in tech in Texas. But a few organizations, and people, are going beyond just talk and are actively working to better even the playing field for underrepresented entrepreneurs.

For this piece, Crunchbase News spoke with several Texas-based groups about their efforts to promote diversity in technology and give minority entrepreneurs more tools to succeed.

This story is the second of a three-part Crunchbase News series looking at diversity in tech in Austin and the Lone Star State as a whole. Our first article profiled a trio of Austin-based minority entrepreneurs.

Lack of diversity in tech is not exclusive to Austin or Texas. Just three percent of America’s venture capital-backed startups are led by women, and only around one percent are led by African-Americans, according to a 2015 White House press release. Additionally, only  17 percent of startups, venture-funded or not, are founded by women.

David Altounian, Assistant Professor of Entrepreneurship at St. Edward’s University in Austin, has a few theories as to why the Texas capital, in particular, is lagging in this area.

In general, Altounian would not call Austin a very diverse community. In fact, it’s well known that one of the more historically diverse parts of the city – the East side – is  gentrifying at what some perceive is an alarming rate.

“We see that [the city’s lack of diversity] mirrored in the entrepreneur and funding circles as well. We do have universities here such as UT and St. Edward’s with diverse populations but you don’t see that reflected in the overall community,” he said. “But on the plus side, there are people really trying to make a difference and are putting more pressure on the diversity issue.”

Stephen Straus, a former partner with the now defunct Austin Ventures, is one of those people. Specifically, he and a team of people are working on a startup diversity and inclusion pledge they hope to roll out later this year.

It’s in the early stages but Straus envisions that the pledge will include the “Walker Rule” after Madam C. J. Walker, an African-American entrepreneur and the first female self-made millionaire. (Think NFL’s Rooney Rule)

The Walker Rule will call for diversity and inclusion in interviewing and hiring of co-founders, CEO, senior team, management, staff, board of directors and advisors. It would also call for the commitment to interview at least one woman and one minority candidate for any role, though there would be no quota or preference given in the hiring of candidates.

“Ideally, venture capitalists would include a suggestion that the management team consider taking the Startup Pledge in their term sheets,” Straus said. “It would be even better if investors in venture capital funds suggested in their investment documents that VC firms themselves also take such a pledge.”

But that work is just a start, and there is more afoot in Texas. In the following sections, we’ll explore some organizations’ efforts to tackle the region’s lack of diversity in tech. Please note there were more groups (such as True Wealth Ventures and Urban Co-Lab) but we could not highlight them all in this story (and some also did not respond to requests for interviews).

Upon becoming an angel investor after leaving Dell, James noticed that many ethnically diverse and female entrepreneurs that were presenting pitches often did not seem as prepared as they could be. 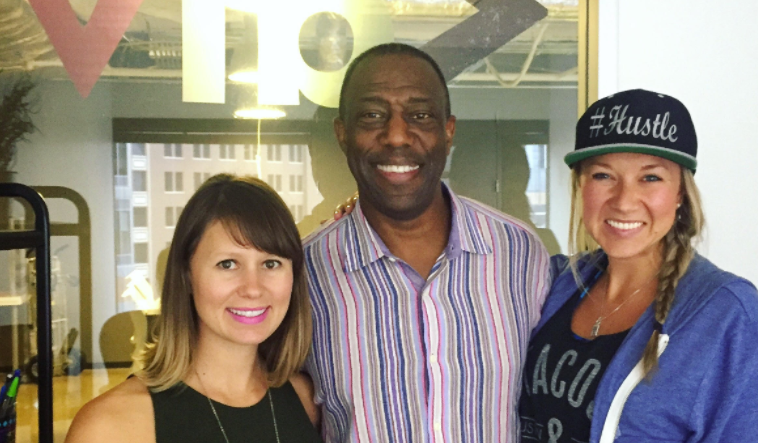 “The fact that many of those that were participating didn’t seem prepared raised a red flag with me,” he said. “I wanted to understand why this was happening relatively consistently, when there is so much information out there on what you need to do to build a scalable business.”

James decided that a large group of those entrepreneurs were not getting access to a critical network of resources they needed to be successful. And so the concept of DivInc was born.

Co-founder Ashley Jennings believes DivInc is filling a gap not just in Austin, but in the tech industry overall when it comes to championing diversity in the tech scene. Companies don’t have to be Austin, or even Texas, based to apply to participate in one of DivInc’s cohorts.

“In our second round of applications, we had some come from overseas including from London and South America,” Jennings said.

DivInc operates under the assumption that there is a mindset shift that needs to be created around working in STEM – both on the parts of the minority groups and the companies that are hiring in the industry.

“It’s tough being a developer or entrepreneur when no one looks like you when you walk into a room of other developers or entrepreneurs,” she said. “How can they feel that they fit in? So what we have now is an opportunity to create role models with this generation.”

Jennings recalled the experience of a Latin female founder who was having trouble raising funds. When talking with a mentor, she was shocked when asked why she didn’t just raise a friend and family round to get started.

The founder “was asked why she didn’t just talk to a rich uncle but the fact was she was the rich uncle,” Jennings shared. “It didn’t even occur to the mentor that she might not have one.”

Carolyn Rodz founded The Circular Board in Houston in 2015 as collaborative accelerator for growth-oriented female entrepreneurs who lead, or aspire to build, businesses with multi-million dollar revenues.

Over 40 percent of the women The Circular Board works with are minority females, according to Rodz.

The accelerator was born out of Rodz’s own experience as an entrepreneur.

“I was a Latina woman in Houston operating outside of the tech ecosystem,” she told Crunchbase News. “I ran into a lot of stumbling blocks because I had no exposure to the inside network of the startup ecosystem. And so much in the industry is who you know.”

Ultimately Rodz found herself advising in and investing in other women-led companies and that was the genesis of The Circular Board. She describes the accelerator as a community of over 14,000 female entrepreneurs – 275 of which have gone through the organization’s accelerator program.

“The problems that these women face ­– whether they are in Mongolia, Austin or NYC ­– are often the same,” Rodz said. “They want to know, ‘Who should I be talking to? Where should I be spending my money? How should I connect with investors” ‘ It boils down to the relationships they need to be building.”

In May of this year, The Circular Board launched Alice, an artificial intelligence-based virtual advisor for women entrepreneurs. The data-driven platform aims to connect female founders in real time with mentors, resources, and events that help scale their businesses.

“As an accelerator we were spending so much time making matches into the ecosystem,” Rodz said. “There’s no shortage of organizations who want more women-owned companies in their portfolio but don’t know where to find them. So we thought if we could bring in the technology to support this, we could help millions of women instead of just thousands of them. And, we could make more refined matches.”

While Austin-based technology incubator Capital Factory is not exclusively focused on diversity, it has this year been devoting more time and initiatives around it.

Co-founder and former general partner Mellie Price serves in the newly established role of director of diversity for the incubator. Above: Co-founder and director of diversity Mellie Price

“Being one of the oldest and largest programs of our kind in the nation is both a blessing and a curse,” the serial entrepreneur told Crunchbase News. “So while we’re not specifically focused on diversity – given the size of the organization, we realized in order to move the needle on this issue we needed to make a dedicated effort.”

The group has created a community inclusion council that has formed partnerships with a number of other organizations in an effort to more effectively reach their member base.

Serial entrepreneur Charlie Jackson has been involved in the Austin startup scene for about two decades.

“One of the frustrations I had was seeing how few deals ever got in the door from minorities and women,” he said. “Nobody was getting funded over past 20 years. I lived in Austin most of my life and worked with entrepreneurs across the board and decided it was time to do something about it.”

So in 2015, he and a team created the Diversity Fund, a business finance platform that uses a crowdfunding model that aims to provide sophisticated tools for investors to evaluate deals and companies. Its focus is on women, minority, veteran, and LGBT-led businesses.

As “Chief Happiness Officer” of the Diversity Fund, Jackson said the organization’s goal is to finance startups and small businesses that have been underrepresented. He plans to take the fund national sometime in the near future.

Jackson is currently working with 45 businesses to help them prepare for launching on their site.

To Altounian, one of the good things about Austin is that it’s “not going silently into the night” with the diversity problem.

“Groups are really paying attention and trying to make a difference,” he said. “And people are really embracing the change.”

The lack of diversity issue wasn’t created overnight and it won’t go away overnight. Despite the best efforts of groups and individuals featured in this article, there’s still a long way to go.