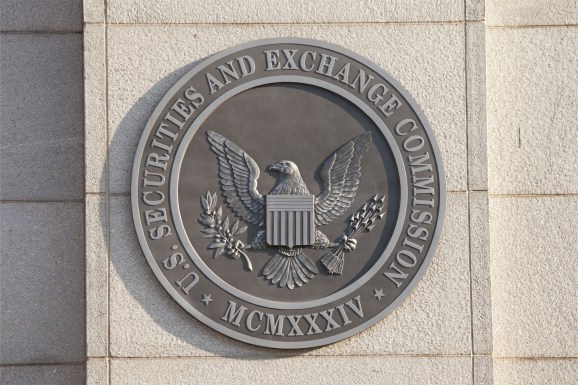 There are singular moments where you know for a fact that the world will no longer be the same afterwards. While not on par with some far more consequential events in history, today’s SEC ruling, concluding that blockchain tokens sold through token sales are securities, is one of those for the history of the decentralized Internet.

Everyone knew that this day would come. We just did not know when nor did we know how it would play out. Now we have our answers.

The SEC made its announcement following an investigation of last May’s infamous fundraise by “The DAO” The DAO raised a record ICO at the time only to lose a third of the funds through a hack. The incident led to the split of the Ethereum blockchain, after a faction of the Ethereum community decided to roll back transactions related to the DAO fundraise. The DAO has since been delisted from trading.

SEC investigators ruled that tokens sold by The DAO were securities and so subject to federal securities laws. The ruling will have a cascading effect on all Initial Coin Offerings (ICOs) or token sales. It will impact U.S.-based projects as well as foreign-based projects wishing to obtain investment or funding from U.S.-based investors.

Fortunately, the SEC is giving a pass to all of us who were involved in the DAO, saying “the agency has decided not to bring charges in this instance, or make findings of violations in the report, but rather to caution the industry and market participants.”

However, all of us are on notice. The Wild West days of the crypto world are over. Before you were just risking your money. Now, you may be risking your freedom.

What really is a security?

Before we jump into the implications, it is worth reviewing what the standard definition of a “security” is within U.S. law.

If you want to go very deep on this (and it is worth it), take a look at Peter van Valkenburgh’s blog post. He links to a world-class “Securities Law Framework” that he wrote in December, 2016. The bottom line is this: Under U.S. law, a token (or anything) would be considered a security if it meets or fails The Howey Test. As Peter writes:

In the context of blockchain tokens, the Howey test can be expressed as three independent elements (the third element encompasses both the third and fourth prongs of the traditional Howey test). All three elements must be met in order for a token to be a security.

1. An investment of money
2. in a common enterprise
3. with an expectation of profits predominantly from the efforts of others.

Though many organizations have tried to walk a fine line around this (such as Ethereum, Melonport, Monetas, and about 100 others setting up non-profit foundations in Switzerland), clearly the SEC is not convinced.

Ok, so what does it all mean?

There are two sides to every (crypto)coin, and this ruling is no exception.

On the positive side, this ruling is going to make it more difficult for the people to just spin up an ICO and abscond with money. The scam artists (and there are plenty of them) now must really think twice (or thrice) before doing their offering.

It is a boon for lawyers who will open up their ICO advisory practices, and it is a boon for traditional financial advisors and money managers who can now begin to explore investing in tokens without having to worry about the SEC’s position.

It is also an opportunity for new entities such as CoinList (along with its partner AngelList) that have spent a lot of time and money streamlining the process of connecting ICOs with accredited investors “by the book.”

On the negative side, we are likely to see more and more blockchain-based innovation move to other locations such as Zug, Switzerland (aka Crypto Valley where I am leading a trip in August), Dubai, and Singapore. This will hurt the development of U.S.-based blockchain talent and increase the likelihood that the Facebooks, Amazons, and Googles of the decentralized era will grow somewhere else.

It will likely slow the pace of innovation over all as well-intentioned and honest developers will need to pause before going out in the market. That is a shame because the speed of this market has been exhilarating to watch, giving ever more cause to believe in a positive future. At the end of the day, decentralized systems are a net positive, and the ruling probably has pushed the inevitable arrival of them within the mainstream a bit father down the road.

There are other challenges, enforcement being one of the biggest. Investing in an ICO is pretty easy even if the company doing the raise blocks U.S.-based IP addresses. You can download a free VPN and pretend you are coming in from another country. What is more, the pseudonymous nature of Ethereum or the totally anonymous nature of zCash means that it is going to be very difficult to track people down. There is a blockchain trail, but it isn’t the same as a paper trail of money via banks, etc. Not impossible, just difficult.

Finally, decentralized exchanges such as 0x, DCorp, and others will become commonplace, it is not inconceivable that they will add “mixing” services to their smart contracts, thereby making tracking all the more difficult.

While the Wild West era was fun, I think the SEC ruling could be a net positive (though I am very worried about the pace of innovation.)  It will slow this “white hot” market down, clear out some of the pure speculators, reduce the scam risk a bit, and allow us to move from the “bubble” phase into the implementation phase, even if getting to the final destination may take a bit longer.

We can focus less on ridiculous ICO raises and get down to work, building the decentralized applications of the next Internet that give people more privacy, more security, more flexibility and reward them for the value they create.