Albeit small, Baltimore’s startup community is a thriving one. Just 45 minutes outside of the District, the city’s innovation scene is rich with opportunity and talent.

Maybe that’s why Baltimore is one of the most successful places working with Venture for America, a two-year salaried fellowship program that matches recent college grads with startups in 18 different cities.

Josh Russakis, VFA Director of Baltimore, said the city has a 68 percent retention rate of alumni sticking around the city after their fellowships end.

“I think the ecosystem here is pretty ripe with potential to grow, so you have a lot of opportunities available,” he said. “Because Baltimore is a small city, the entrepreneurship and innovation scene is kind of small, so it’s very easy for fellows to get established and build a network.” 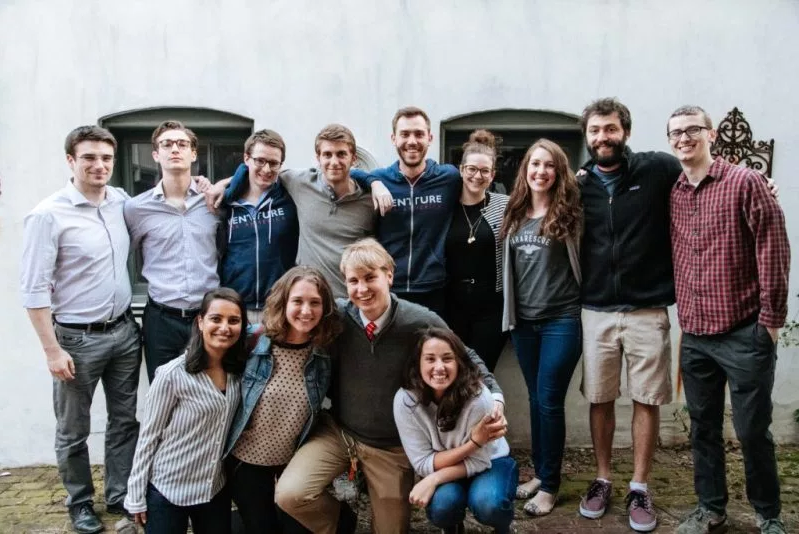 “When you’ve got fellows quickly laying the groundwork down from Day 1 in a city, I think it’s really hard to leave that,” he said.

VFA first came to Baltimore in 2013 with a cohort of seven fellows, most of which are still there today, Russakis said. The 2017 cohort has grown to 21, one of the largest in the program, working with 34 startups in the city. There are currently 72 fellows and alumni living in Baltimore.

Those accepted into the fellowship have to pass three rounds of interviews. Typically, they apply straight out of undergrad. Russakis said the fellowship acts as their “first foray into the working world for young professionals.”

VFA matches up fellows with employers through an online portal, or sometimes at job fairs hosted by VFA. If a startup extends an offer, the fellow is a full-time employee at that company, and the end of their fellowship bears no influence on their employment status.

Russakis said VFA has created a net total of 198 jobs in Baltimore.

That impact could ultimately help Baltimore, which has struggled to retain residents and talent in recent years. The Baltimore Sun reported in March that the city saw the third largest population loss of any big U.S. county when looking at the raw data set, and the second largest percentage loss in the past year.

“Is bringing 25-to-30 millennials a year going to have a significant impact? Maybe not year-to-year,” Russakis said. “But I think overtime it’ll help in some ways to bring new, excited, smart, talented people to cities that have historically struggled to retain talent… [We’re] getting new people to Baltimore who maybe wouldn’t have considered coming to the city, who want to be engaged, who are active.”

VFA alumni are seemingly everywhere in Baltimore’s innovation scene. Some have founded their own startups, some are working in well-known ventures, like the Baltimore Angels or Sagamore Ventures, and many are still full-time employees at the companies they started their fellowships in, such as Rendia or Plank Industries.

“There is definitely more than one contributing factor to… [the] high retention rate, but I think the most critical is how well-received the fellows were by some key players in the community who gave all the fellows on the ground far more goodwill and attention than we’d earned at the time,” said Moss Amer, a 2013 alum of the program.

Amer, a Long Island native, was a part of the first cohort to come to Baltimore. At the time, he said, he knew very little about the city.

“The two things I knew about the city was that it had an aquarium and that it had a reputation as somewhat provincial and insular,” he said.

But now, four years later, Amer remains in the area, working as an analyst at the Maryland Venture Fund. By the end of his fellowship, he said, staying in Baltimore was a no-brainer.

“I had a great job, an exceptional network in the tech scene, and had created a home for myself in Baltimore,” he said.

“In a few decades, I imagine that some of the people doing the most important work in the city will be VFA alumni,” he added. “And if those people would otherwise have wound up in New York or San Francisco, that’s a huge win for the city.”