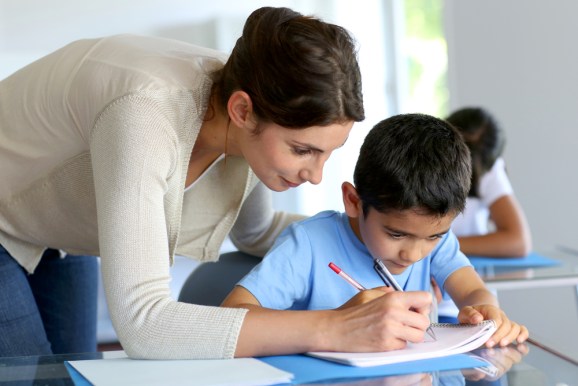 AI is not part of the daily conversation in schools right now. I know, because I sometimes work with students at a collegiate level, mentoring and training them and helping to create a better cross-pollination between the academic world and the future prospect of a real job.

From what I’ve seen, AI is only mentioned in passing (“the Alexa bot is cool”), but the idea of a total transformation of the workforce thanks to automation and machine learning in the next 10 years is not exactly part of the curriculum. I’d say it’s even an afterthought, a nice idea that will impact future generations but not something that is vital to their education today.

Bot expert Andrew Ng noted recently that job displacement is a big concern. He wasn’t talking about replacing humans with robots; he was talking about how automations are already here. The education field needs to wake up to this new reality. It’s not a fear about The Terminator taking over factories and leaving all the workers unemployed and homeless. It’s a concern about how we’re training students to incorporate AI into their jobs or even become coders — that we’re training students today for jobs that might not exist.

Here’s a good example. When I visited an assembly line for an off-roading company in Minnesota last year, there were discussions about how image recognition software could be used to spot defects in a newly assembled all-terrain vehicle. Dozens of workers, most of them holding a Windows tablet, would look at the parts on the finished machine. They’d check off the item after making a visual inspection. There’s no question that, in the future, AI will be used to perform this task. A camera will inspect the parts, machine learning will be used to determine if it passes inspection based on a set criteria, and the human workers will do … something else.

But what will they do? That’s the question Ng is asking. Today, high school and college students could be trained in programing image recognition software and machine learning rather than the rigors of quality control inspection or even how to use a Windows tablet to check items off a list. The field of quality control could meld with coding for image recognition. A Quality Assurance Inspector role would morph into something else entirely. But I haven’t seen this change yet.

In some ways, even in well-established college programs for marketing and communications, there’s little training when it comes to chatbots and machine learning. Yet marketers working in the field talk about these topics constantly, sometimes expressing concern about where education is lagging.

It’s amazing, because even for those obtaining an education in the IT sector, AI is merely a class or part of the coursework rather than highly integrated into every part of the training.

How will the education system embrace this emerging tech? My concern is that it will be reactive rather than proactive — that educators will only realize the programs need to change after they start seeing that future marketing reps or QA workers were not prepared for the coming revolution in machine learning and artificial intelligence.

For them, it might be: Back to school with you.