Texas has a small business-friendly environment and a sharply growing population. Those two factors have made the state an increasingly popular home for startups.

But despite its impressive growth, Texas’ tech sector still has room for improvement when it comes to diversity. This story, which profiles minority entrepreneurs in Texas, is the third in a three-part Crunchbase News series looking at diversity in tech in Austin and the Lone Star State as a whole.

It’s important to note that this problem is not exclusive to Texas. Women lead just three percent of America’s venture capital-backed startups, and African-Americans are at the helm of only one percent, according to a 2015 White House press release. On top of that, only 17 percent of startups, venture funded or not, are founded by women.

For this third article, I interviewed a trio of ethnically diverse startup founders about their experiences in an industry that’s accused of, quite simply, being too white. 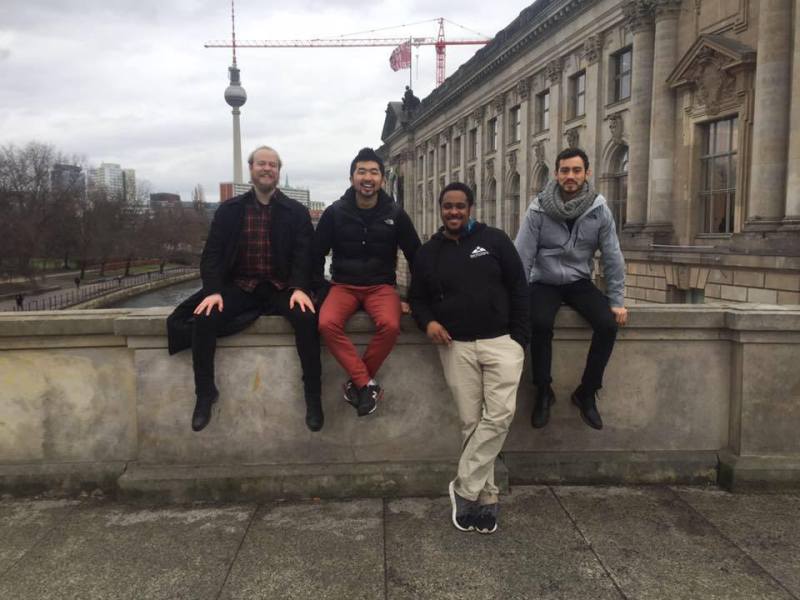 Devin Baptiste, CEO of Houston-based social fundraising platform GroupRaise, is proud of his team’s ethnic diversity. Having headquarters in Houston ­– which in recent years has become the country’s most diverse city — has helped somewhat normalize his company’s situation. The company, which connects local groups with restaurants that give part of their sales to a charitable cause, “looks like the city” they reside in, according to Baptiste. “We’ve been able to live in this area where diversity is real.”

Since its inception in 2011, GroupRaise has so far brought in about $1 million from Techstars Ventures, Metro Cash & Carry, Magma Partners (out of Santiago, Chile), Kapor Capital, and RG/A. The company has grown from 500 restaurant customers in July 2015 to more than 6,000 in 150 cities today.

According to Baptiste, his startup is “always dealing” with the fact that its executive team “doesn’t fit a classic demographic pattern for investors.”

“Understanding that drives our focus on building a really great business,” he explained. “We are working to get people to recognize that the world will look different and that even if we don’t match a pattern they’re used to, we’re still building something great.”

The biggest challenge he and his team faces, according to Baptiste, is that they simply don’t see many people who look like them in the startup world.

“That just makes us really committed to sharing our story and experience with people of all backgrounds to show this can be a part of anyone’s story,” he said. “In the end, investors really like charts that go up to the right no matter where you’re from or who you look like.” 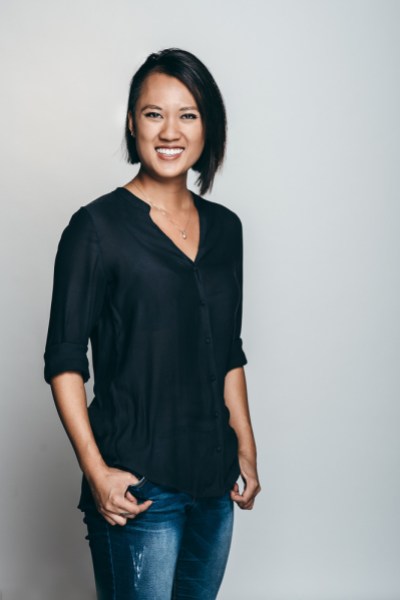 Vi Nguyen cofounded Austin-based Homads, a real estate platform for flexible-term renting, in 2014. She’s learned a lot during that time about being an Asian American female startup founder.

“It’s been more subtle for me,” she said. “But I cherish the people who aren’t worried about telling you what the problem is so you can fix it. I think sometimes people get offended too easily.”

What Nguyen means by that is she welcomes constructive feedback.

For example, a mentor at one time had suggested she consider covering up her tattoo, as well as her undercut, when attending meetings.

“I’d lived in my Austin bubble for a while,” Nguyen told Crunchbase News. “But what he said made sense — that I needed to understand I was walking into meetings with mostly older white men who were used to investing in people who looked more like themselves.”

Nguyen took the advice to heart.

“I saw a big difference when I went into meetings afterwards,” she said. “Part of it may have just been the increased confidence. I’m not trying to hide who I am, but I’m trying to be more sensitive to my environment.”

Nguyen said that even in high school, male coaches were not always comfortable with female athletes.

“They treated us completely different,” she said. “They weren’t trying to be mean. They just couldn’t find a common ground. I think it’s similar in the tech sector, where you just don’t have as many women.”

And instead of focusing on her differences compared to other startup founders, Nguyen focuses on growing her company. Homads was one of the first participants in a cohort held by DivInc, a pre-accelerator that operates 12-week programs for underrepresented tech founders.

With the exception of a $30,000 Small Business Administration loan, her startup is bootstrapped. Nguyen is currently trying to raise a $850,000 seed round.

“It’s true that people invest in people that look like them or remind them of them, especially in the early or seed stage when you don’t have as much traction,” she said. “So it’s more about your credibility and who you are.” 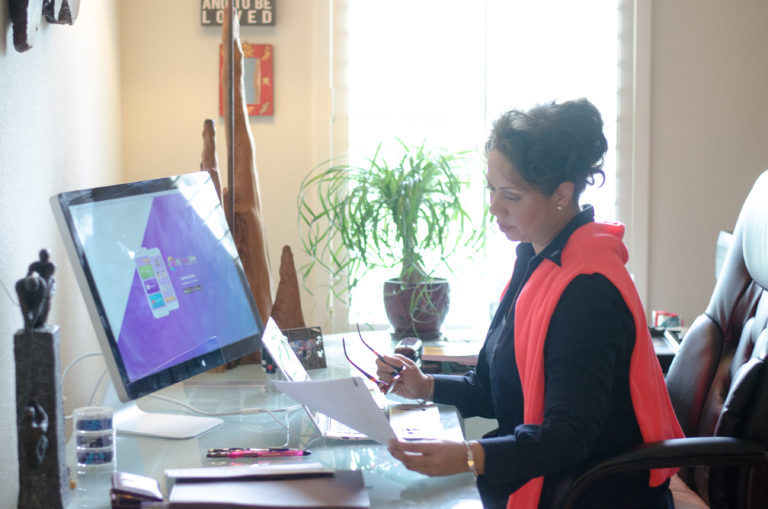 After serving as a caregiver for her grandmother who was diagnosed with cancer, Kelli Thomas-Drake founded Dallas-based MyPurpleFolder, a mobile health care app that connects patients’ records.

Despite having what she describes as a “killer pitch deck” and a developed technology, Thomas-Drake told Crunchbase News she is struggling to raise funds.

“I have seen younger white males with just a whisper of an idea and not nearly as advanced as my company get money thrown at them,” she explained. “I feel like I have to prove myself 50 to 100 times more. Raising funds is like squeezing blood from a turnip.”

Thomas-Drake, a UC Berkeley grad, said she has always avoided blaming being a female and a minority for things not going her way in the past.

“But that’s the only thing I can account for in this situation, because we are more than ‘fundable,'” she said. “I don’t know what else it could be.”

Thomas-Drake is currently working to raise a $1 million seed round that she hopes to close on later this year or early next. Her company’s CEO is a white male in his 50s. Thomas-Drake believes having him join her in meetings helps open doors.

“I think, sometimes, without him being there, they (investors) probably wouldn’t give me the time of day,” she said. “We do notice body language changes when he’s speaking. He gets people to stand at more attention even though I present myself very well. It’s uncomfortable, but we have a good enough relationship that we openly talk about it.”

There’s no question that female founders face a greater challenge than male founders when it comes to raising money. Since 2010, for seed-stage funding, women-only founder teams have raised, on average, $82 for every $100 a male-founded team raises. 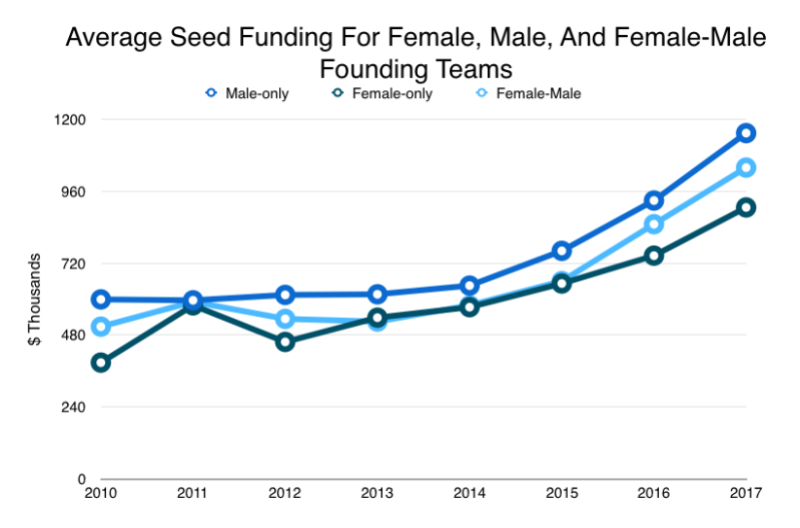 In the end, Thomas-Drake said she is looking forward to making a difference and impact within health care “because it shouldn’t be as intimidating and disjointed as it is.”

“I look at myself as the Rocky of health care,” she said.

The startup scene in Texas may have a long way to go in terms of growing its diversity. But with the success of entrepreneurs such as the ones mentioned above, minorities won’t be as much of a minority in the tech world — at least in Texas.