Firefox 55 for the desktop is available for download now on Firefox.com, and all existing users should be able to upgrade to it automatically. As always, the Android version is trickling out slowly on Google Play.

Firefox 55 for Windows is the first desktop browser to support WebVR, according to Mozilla (Chrome for Android supports it, and Microsoft is working on bringing it to Edge). To try out VR using Firefox, simply visit vr.mozilla.org to find some community-built experiences that the company recommends (see the video linked above).

WebVR is an experimental JavaScript API that provides support for virtual reality devices, such as the HTC Vive, Oculus Rift, and Google Cardboard. As its name implies, the technology is meant for browsers.

If you find a web game or app that supports VR, just click the VR goggles icon visible on the webpage to experience it using your VR headset. WebVR supports navigating and controlling VR experiences with handset controllers or your movements in physical space. 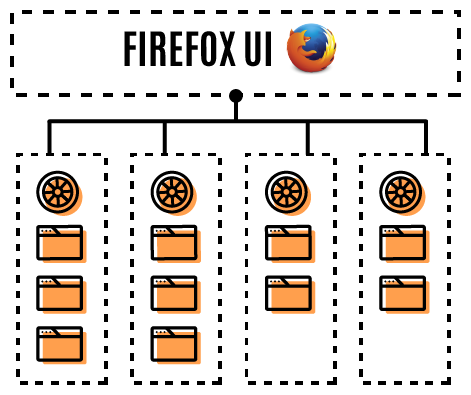 This year, Firefox 54 started using up to four processes to run webpage content across all open tabs (four is the default, but this can be tweaked in the browser’s settings). This means that complex webpages in one tab have a much lower impact on responsiveness and speed in other tabs, and Firefox finally makes better use of your computer’s hardware.

Firefox 55 takes this a step further by letting the user adjust the number of processes up or down. This setting is at the bottom of the General section in Options. In fact, if your computer has more than 8GB of RAM, Mozilla recommends “bumping up the number of content processes that Firefox uses” because it will make Firefox faster, though at the expense of using more memory. In its own tests on Windows 10, the company found that Firefox uses less memory than Chrome, even with eight content processes running. 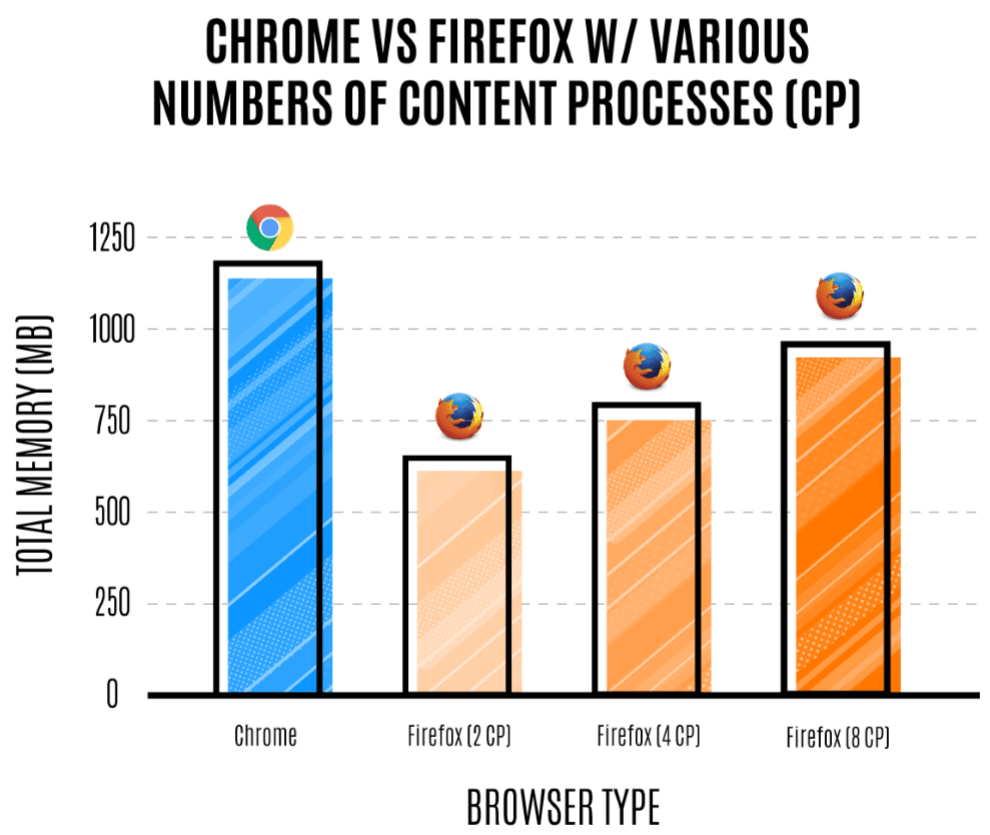 Electrolysis still isn’t on for all Firefox users. “Mozilla will be expanding the number over the next few months based on extension compatibility, accessibility support work, and other factors,” a Mozilla spokesperson told VentureBeat. To check if you’re in the Electrolysis group, type “about:support” into the URL bar and check to see if it says “1/1 (Enabled by default)” under the Multiprocess Windows line item.

Speaking of performance, Mozilla shared an update on its plans to build a next-generation browser engine (Project Quantum) that takes full advantage of modern hardware. The company has significantly reduced the time it takes to start Firefox when restoring tabs from a previous session. Mozilla employee Dietrich Ayala ran an experiment to show the progress: Opening 1,691 tabs used to take multiple minutes, but now takes just 15 seconds. 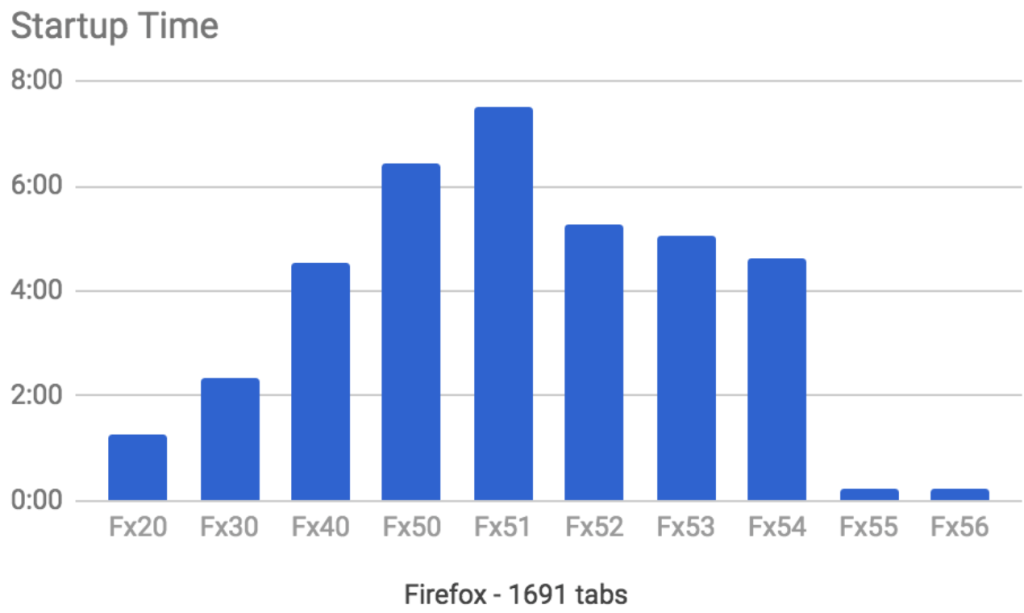 Next up, Firefox 55 lets you quickly search using many websites’ search engines, right from the address bar. Just type your query, and then click which search engine you’d like to use: Google, Bing, Yahoo, Amazon, DuckDuckGo, Twitter, or Wikipedia. This list can be customized in settings. 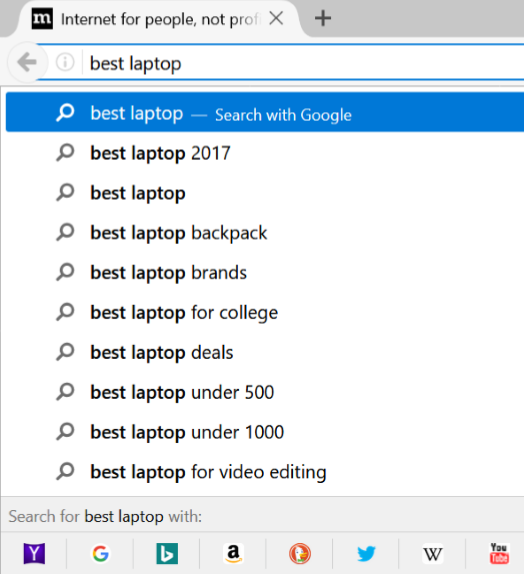 Last, but not least, click-to-play Flash has now been turned on by default in Firefox, though users will have the choice to remember the Flash setting per-site. This means parts of a webpage that use Flash must now be clicked and given permission to run, thereby improving battery life, security, and stability. This change will be rolled out progressively this month and next, as part of Adobe’s plan to kill Flash by 2020. Mozilla will maintain a list of sites that cannot use any plugins, including Flash.

If you’re a web developer, more details are available for you here: Firefox 55 for developers.

Firefox for Android didn’t get any major new features in this release, just bug fixes and improvements. That said, Firefox 55 is the last version to support devices running Android 4.0 Ice Cream Sandwich.

Mozilla releases new Firefox versions every six to eight weeks, and Firefox 56 is currently slated for the end of September.