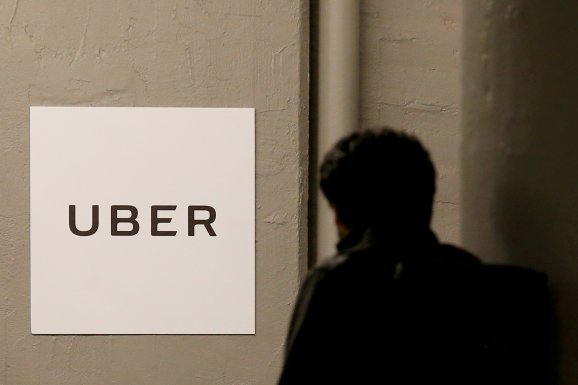 Upping the stakes in an already epic round of backbiting on Uber’s board, Benchmark today sent an open letter to Uber employees explaining why it decided to sue founder Travis Kalanick. The influential VC firm then posted the open letter on Google Docs and posted a link on Twitter.

An open letter to Uber employees from Benchmark: https://t.co/YQN8hQ9MjH

The move is an unorthodox one. Board communications to employees are usually handled by a top manager or Chairman, and rarely if ever by an outside investor like a VC firm. But now that the boardroom battle has spilled over into the public view in an ugly way, Benchmark appears to be waging a battle to win over the hearts and minds of other shareholders, starting with those inside Uber’s rank and file.

“We know that many of you are asking why Benchmark filed a lawsuit against Travis last week. Perhaps the better question is why we didn’t act sooner,” the letter said, adding further on: “We are sorry that it has taken us so long to do the right thing.”

Despite such contrition, Benchmark also took a few swings at Kalanick, pointing out that the firm warned Kalanick a month ago it would sue him if he didn’t honor commitments such as modifying a voting agreement to ensure an independent board. “We waited and waited, watching as things deteriorated even further,” Benchmark wrote. “Eventually we felt that we could wait no longer and took action.”

Rather than cooperating as he promised, Benchmark contends, Kalanick meddled in the search for his successor: “It has appeared at times as if the search was being manipulated to deter candidates and create a power vacuum in which Travis could return.” At least one coveted candidate, Hewlett Packard Enterprise CEO Meg Whitman, pulled out as a candidate for CEO. The letter also pointed out that Uber has gone without a CFO, traditionally the most powerful role in a company, for more than two years.

Benchmark also offered some back-handed praise to the current executives implementing the recommendations of the Holder Report written in the wake of a series of scandals at Uber. The letter said they are making “commendable progress” on the report’s recommended changes, but “many of the most important issues agreed to by the board remain unaddressed.” Benchmark also said that the full report included information omitted in the version Uber’s board made public. “To describe it as hard-hitting would be an understatement,” the letter said.

On Thursday, Benchmark sued Kalanick for fraud, breach of contract, and breach of fiduciary duty, alleging that he had abused, through “material misstatements and fraudulent concealment” of information, a 2016 board decision that let him appoint three new board members. The lawsuit is seeking to remove Kalanick from Uber’s board.

Uber’s board is divided over Benchmark’s approach, with some members, along with many investors, against the lawsuit. On Friday, another shareholder group struck back against Benchmark, demanding it divest some of its assets. Uber is weighing two other offers to buy shares from existing investors, including Japan’s Softbank.

Below is Benchmark’s letter in full.

To the Uber Employees:

Uber is the most important and promising company of our generation. We have tremendous respect for the incredible work you do to provide this vital service in cities all around the world and to create work opportunities for millions of people globally.

We know that many of you are asking why Benchmark filed a lawsuit against Travis last week. Perhaps the better question is why we didn’t act sooner. As you know, Travis resigned in June at the request of a large group of shareholders which included Benchmark. It was a rare and extremely difficult step for us. But we acted out of a deep conviction that it would be better for Uber, its employees, and investors to have a fresh start. We believed then, as we believe now, that failing to act would have meant endorsing behavior that was utterly unacceptable in any company, let alone a company of Uber’s size and importance.

It’s easy to reduce this situation to a battle of personalities. But this isn’t about Benchmark versus Travis. It’s about ensuring that Uber can reach its full potential as a company. And that will only happen if we get rid of the roadblocks and distractions that have plagued Uber, and its board, for far too long. We need to focus on the work ahead — on building a company that everyone is proud to be associated with: employees, riders, drivers, and the cities you serve. You deserve that. You have always deserved that. We are sorry that it has taken us so long to do the right thing.

We hope to address three key issues with this action.

CEO Search: Nothing is more important than finding the right new leader for Uber. The best CEO candidates will only want to join if they believe that the board is truly independent, without any agenda other than the long-term success of the business.

The search for a new CEO started over 50 days ago. It was at the same time that Travis agreed in writing to modify the company’s voting agreement to ensure that the board was composed of independent, diverse, and well qualified directors. Despite agreeing in writing to sign these amendments, he has still not done so.

Travis’s failure to make good on this promise, as well as his continued involvement in the day- to-day running of the company, has created uncertainty for everyone, undermining the success of the CEO search. Indeed, it has appeared at times as if the search was being manipulated to deter candidates and create a power vacuum in which Travis could return.

A number of people have asked why we took legal action before giving Travis the chance to sign these amendments. The fact is that we did give him that chance. Over a month ago we told him and other members of the board that we were prepared to resort to litigation to force him to honor his commitments. We were asked to postpone any filing and assured that efforts would be made to get these changes made without a lawsuit.

We waited and waited, watching as things deteriorated even further. Eventually we felt that we could wait no longer and took action. It is our hope that this lawsuit will break the past, persistent patterns of dysfunctional behavior — making it possible to create a truly independent board and hire a truly great CEO.

Holder (Covington) Report: While most of you have not had the opportunity to read the full “Holder Report” written by Tammy Albarrán and Eric Holder at Covington, Benchmark’s representatives on Uber’s board have. To describe it as hard-hitting would be an understatement. It’s why the board agreed to adopt Covington’s recommendations in full. That was well over two months ago, and while Uber’s excellent executive leadership team is making commendable progress on these changes, many of the most important issues agreed to by the board remain unaddressed. These include reformulating Uber’s cultural values (something many employees have said is essential to improving Uber’s culture), enabling a new “tone at the top,” and appointing an independent chairperson. We hope that our action will help expedite the implementation of Tammy Albarrán and Eric Holder’s recommendations in full.

Chief Financial Officer: Talk to any great CEO and she or he will tell you that having a strong, business-friendly CFO is essential to any company’s success. Yet Uber has operated without one for over two years now. This cannot be justified, given the scale and complexity of the business, and is symptomatic of the broader problems with past management practices. We hope that our lawsuit will help expedite the CFO search.

We know that the last six months have been incredibly hard for you all, and that this lawsuit may create more uncertainty short-term. We hope you understand that our decision was motivated by a deep desire to do what is best for Uber, and for the thousands of employees working so hard every day. Benchmark’s approach is to be quiet and understated and to work behind the scenes. We pride ourselves on being incredibly supportive of the many amazing founders we have been fortunate enough to back over the last 20+ years. But these are unusual circumstances which required unusual action.

Finally, let us end by reiterating what we said at the beginning. We have tremendous respect for what you have achieved. You are a truly amazing team. And we deeply believe that Uber’s best days are ahead.