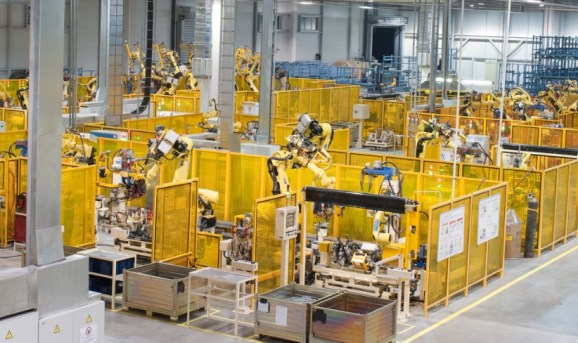 The United States may not be in the midst of a robot revolution quite yet, but new data indicates that Heartland cities should be prepared to see more and more robots at their factories.

Today, the Brookings Institution published a report showing which cities and states in the U.S. are employing the most robots. Using sales data from the International Federation of Robotics, Brookings calculated the metropolitan areas with the highest concentration of industrial robots per 1,000 workers. Brookings defined industrial robots as those that are “automatically controlled, reprogrammable machines capable of replacing labor in a range of tasks,” such as robots used to assist with painting, welding, or riveting. 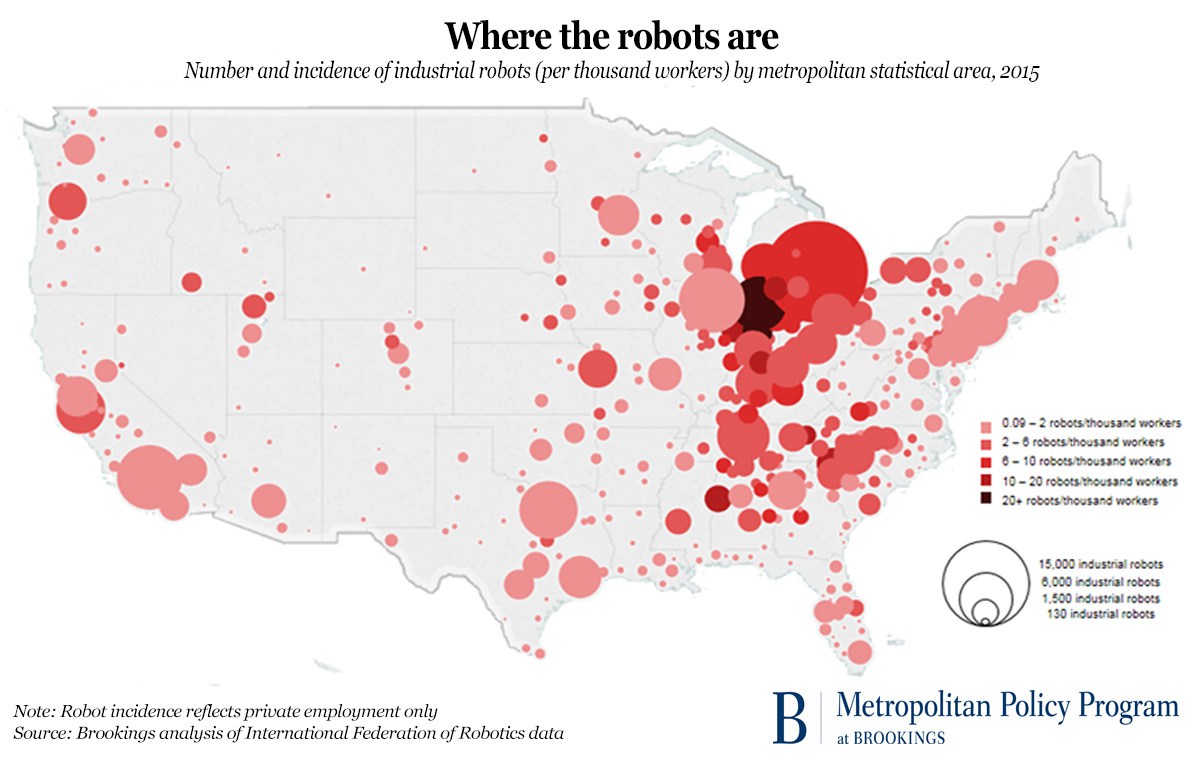 Above: A new report from the Brookings Institution indicates that many of the metro areas with the highest density of industrial robots are found in the Midwest and the upper South.

The report is part of a larger effort by Brookings to determine which areas of the United States may be affected the most by automation. The report’s author, Mark Muro, writes that “regardless of whether these robot densities are meaningfully limiting aggregate employment in these metros … there is no doubt that robotics are playing a substantial role in shaping the dynamics of many, though by no means all, local economies.”

“[States and cities] need to understand what human work is needed in their regions’ industries, and focus intently on working with employers to deliver exactly the needed training for such work,” Muro told VentureBeat in an email. “This will clearly require a degree of digital competency and will also require workplace skills-building, whether through internships or apprenticeships.”