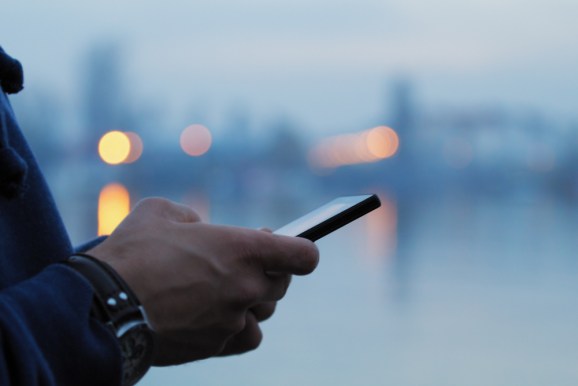 Stop letting fraudulent bots burn through your budget — and start maximizing the power of mobile advertising with must-click messaging. Join our latest VB Live event for an in-depth look at how to stay in front of your audience, ahead of your competitors, and on top of fraud.

Mobile ad fraud is costing marketers a small fortune: we’re losing anywhere from $7.2 billion and $16.4 billion a year thanks to ad fraud — and neither number is a joke. According to a study by Tune that covered data from 24 billion clicks over 700 ad networks, things are grim at the network level too. Eight ad networks consist of nothing but fraudulent clicks. Another 35 networks were revealed to contain more than 50 percent fraud. Still other estimates say that 15 to 25 percent of all clicks at this point are fake.

So it’s pretty scary out there for a marketer, especially when mobile is the powerhouse channel that can’t be ignored, as James Peng says. Peng is head of mobile and social acquisition at the digital dating service coterie, Match Group.

“In the past half decade, we’ve begun a massive shift of our platforms from our cushy base in desktop towards apps, mobile web, and everything that comes along with it,” Peng explains. “So mobile advertising is critical because we’ve essentially needed to move the majority of our acquisition from traditional desktop platforms over to mobile as a whole.”

The unfortunate reality, Peng says, is that advertisers — especially performance advertisers — have gone from fixating on impressions to zeroing in on buying installs, which are comparatively easy to defraud.

“That particular area of fraud has really skyrocketed, because they’re taking advantage of weaknesses in the system,” Peng says. “What we see is that a lot of the traditional affiliates and networks that we’ve been leaning on hold a lot of the easily accessible CPI-based inventory which has been increasingly susceptible to this type of fraud.”

What that means, Peng says, is that not only are there a lot of areas that can potentially be susceptible to fraud, there are a lot more areas — and affiliates — that need to become accountable.

“In the past I would say a lot of networks have not necessarily had to police their own traffic,” he says. “But more recently advertisers have had to hold the network up to new standards.”

Some advertisers will work with third parties to add fraud detection to their ad buys, but Peng says he and his team prefer to focus on traffic that they don’t have to worry about in the first place, meaning traffic sources that they know and understand.

“It’s mainly because it takes a lot of time to look at the long tail of traffic and figure out which part of it is not fraud,” he says. “I’d rather start with highly qualified traffic that I feel most comfortable with, so that I don’t have to go through that labyrinth of figuring out whether or not this click is valid.”

Peng says that marketers just launching their mobile advertising strategy actually have a leg up when it comes to approaching mobile ad fraud.

“Mobile advertising is still very new, but at the same time there is now a bit of history and a bit of expertise. I think that we don’t need to start from scratch and experiment like we did five years ago,” he explains. “Now there are some reputable players, there are some leading approaches and channels that are low-hanging fruit and should be accessed first and that have some level of credibility.”

“I think advertisers need to be asking themselves that question more first as opposed to trying everything under the sun and trying a bunch of channels that you’ve never heard of,” he explains. “But at the same time, you can dedicate a certain portion of your spend and attention to experimenting with things that you prioritize on the basis of how likely are they to contribute to your strategy and to your overall marketing approach.”

But even as you sow your wild oats, you need be methodical and careful about who you run with, and how you run with them, in addition to taking a methodical approach to assessment.

“You have to make sure you are asking those critical questions,” he says. “Is this traffic what I’m looking for? Is it what I expected? Or is the performance maybe too good to be true?”

To learn how to evaluate that traffic, weed out the fakes, and reel in the real live audience you’re looking for, don’t miss this VB Live event!

In this webinar you’ll: