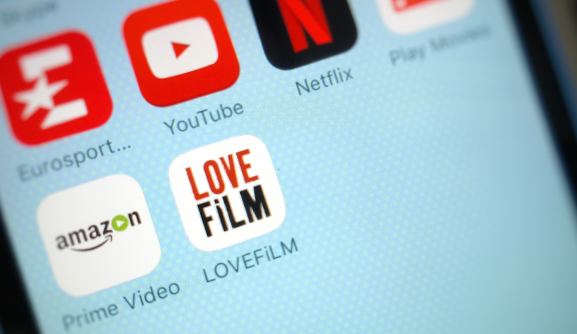 It’s the end of an era for DVD and Blu-ray fans in the U.K. and Germany, as Amazon announces the end of its LoveFilm by Post service in the two European markets where it still operates.

The internet giant sent an email to subscribers today, notifying them that it will now be putting all its proverbial video eggs in the streaming basket, due to a “decreasing demand for DVD and Blu-ray rental.” LoveFilm by Post will officially close on October 31, 2017.

Founded in 2002, LoveFilm was pretty much known as the Netflix of Europe (before Netflix started rolling out there in 2012), insofar as it offered an online streaming service and postal service for physical discs. Unlike Netflix, which elected to go public, LoveFilm was snapped up by Amazon in 2011 for a reported $200 million, and the streaming facet of the service was rebranded as Amazon Prime Instant Video three years later. Rather than pull the plug on LoveFilm by Post, Amazon chose to keep the service running, though it did withdraw the service from Scandinavia back in 2013.

Though Netflix’s disc rental service is still running in the U.S., it represents a tiny fraction of the company’s 100 million-strong subscriber base — a mere four million people still pay to have Blu-ray and DVD titles dispatched through their mailbox. This likely means Netflix’s postal service will be pulled at some point too, though the company hasn’t given any indication as to when — or if — this will happen.

High-quality streaming is becoming more widespread, with 4K and HDR now commonplace across video-streaming platforms such as Netflix, Amazon Video, and Google Play Movies. But the DVD and Blu-ray industry isn’t dead yet — it’s merely on its way out. In the U.S. last year, consumers spent $12 billion renting and buying physical-format discs, down 7 percent on the previous year, according to trade organization Digital Entertainment Group. Conversely, subscription streaming surged 23 percent to $6.23 billion.

It’s a similar story in most other markets, which is why Amazon’s latest move should not come as a major surprise. In the U.K., film and TV streaming and downloads overtook physical format sales for the first time this year — a milestone moment years in the making. Nonetheless, it will still likely disappoint many who prefer the offline reliability of DVD and Blu-ray discs, which bypass the need for broadband. Furthermore, there are many old and rare titles available on disc that have yet to make it to streaming.

LoveFilm by Post will continue to operate normally until October 31, and the last billing will be on September 30. Needless to say, Amazon will now be pushing its streaming service to disc-lovers and is already bigging up its Prime Video memberships, Fire TV sticks, and more.

You can read the full email from LoveFilm below:

Until then, you can continue to rent movies and TV shows on DVD and Blu-ray discs as usual. There is no need to take any action. You will not be billed for your LOVEFiLM subscription after 30th September 2017, and you can continue to enjoy the service until it closes on 31st October 2017.

As a Prime Video member, you can continue to stream thousands of titles, including award-winning Amazon Originals, as part of your Prime Video membership. You can enjoy Prime Video on Smart TVs, mobile and tablet devices, Fire TV Stick, video game consoles, and through the web at amazon.co.uk/primevideo.

If you don’t have a Prime Video supported device, or could use an additional one, we are happy to offer LOVEFiLM By Post members a £15 discount on a Fire TV Stick to say thank you for being a loyal customer. To claim your Fire TV Stick for the discounted price of £24.99 (current price £39.99), visit amazon.co.uk/firetvstick, add a Fire TV Stick to your basket, and enter your single-use promotional code GG9M-CLAR2T-25A7JT during checkout. This offer is valid from now until 11:59pm on 31st October 2017. Terms and Conditions apply.

For more information about the update to your LOVEFiLM membership, you can visit our help page. Please feel free to contact us with any questions via amazon.co.uk/contactus. We’re here 24 hours a day, 7 days a week to help you.

We would like to take this opportunity to thank you for being a valued LOVEFiLM By Post customer.