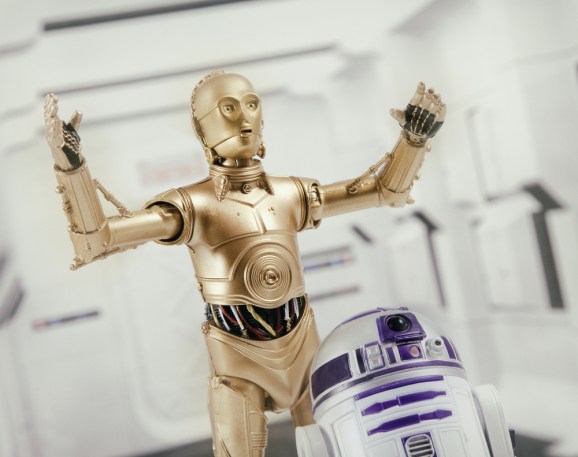 I recently introduced my kids to the original Star Wars trilogy. As we watched together, there was one thing that bothered me over and over. That “thing” was a gangly, gold-plated klutz of a droid called C-3PO.

Threepio is kind of a terrible robot. The problem is his heavy, accident-prone body really only exists to carry his software around. He easily could have been a handheld device that you take out of your pocket when you need to negotiate with some Jawas and put away when you want to travel through space without the snide commentary.

That said, the relationship between C-3PO and his human partners provides a few hints about knowledge work automation. He’s “always on” in the background to enable communication and provide data-based insights, and he even simulates variable outcomes. Yet despite possessing more logic than the humans around him, he is there to serve as an adviser. He relies on their creativity and emotional intelligence to solve problems.

Teams and CIOs can learn a lot from this relationship as automation in the enterprise becomes more normalized. In an ideal system, automation doesn’t replace human thought but augments it by providing better information and by offloading repetitive tasks to software. The goal is to supplement the human mind to bring out the best quality of work from your most talented employees.

Since we don’t have Threepio units for the enterprise (at least, not yet), we’re seeing more subtle forms of automation in white-collar work, especially in routine cognitive tasks. There’s a great 2014 post on Scott McLeod’s education blog “Dangerously Irrelevant” that describes the decreasing value of routine cognitive work, and in it you can see that software has been reducing routine tasks as far back the 1970s. Now, AI and machine learning are expanding the variability of semi-routine tasks that computers are able to perform, allowing “bots” to handle more complex tasks in fields like customer service, logistics coordination, payment processing, and many, many more.

For workers, bringing value in an automation-heavy world depends on their ability to execute non-routine cognitive work. This is work that requires problem-solving skills, creativity, empathy, and persuasion. Writing, for example, is a skill computers have yet to master (despite some hilarious attempts).

For those knowledge workers in cognitive fields, they’ll still see automation creeping into their workflows in ways that will help eliminate some of the least pleasant parts of their jobs. According to McKinsey Global Institute, 60 percent of occupations could see 30 percent of their tasks automated with technologies available today. That means even if you’re a creative professional — say, a designer — you’ve probably already used automation to do repeatable work, like batch file renames or applying filters to a collection of images. Simple automations like these free workers from mundane tasks and give them hours back every week to focus on higher-value portions of their job.

The next wave of automation for knowledge workers is workflow automation, which at a high level means automated systems can help you move repeatable work through a variable workflow, while keeping your team informed about handoffs and status changes. This is invaluable because in collaborative work, the biggest roadblocks occur when two or more people are working on the same task, and one doesn’t realize the others are awaiting their contributions. This has a huge impact on productivity.

This is why there’s so much value that can be gained from automating communications about tasks and projects as they move through a pipeline. By automating the delivery of updates and other information between team members, you can reduce the amount of emails and meetings needed in an organization, while ensuring receipt of important data. If some of those updates are about sales opportunities, automation can help a business increase revenue. And, as is the case with the previous example of the designer, you’ve given people back time to focus on more valuable work.

The biggest myth about automation is that it’s coming for your job, and that business leaders are longing to replace humans with cheaper machine labor. In an informal poll we recently conducted with about 250 attendees of a webinar on automation, “reducing cost” was dead last among reasons businesses are investing in it. The top two responses were “consistent approach” and “work quality,” which suggests leaders are thinking more about how automation can help them scale their operations rather than downsize them.

Still, for millions of workers, a day of reckoning may come where they need to uplevel their skills away from the routine. For these individuals, focusing on strategy, creativity, and people skills will help strengthen their careers and position them to bring lasting value, even after many of their daily tasks have been augmented by machines. In McLeod’s post, he discusses how the education system must also adapt to emphasize non-routine thought so that future generations are equipped with relevant skills in a world where machines execute routine work, and I agree.

Automation is a massive shift in work, and for many workers, it will be a shift they slowly notice alleviating some of the most repeatable parts of their job. And while we’re still far from the droids of Star Wars, as our work is increasingly augmented by machine intelligence, we’ll be able to unlock more value than we ever thought possible.

Andrew Filev is the CEO of Wrike, the work management platform.