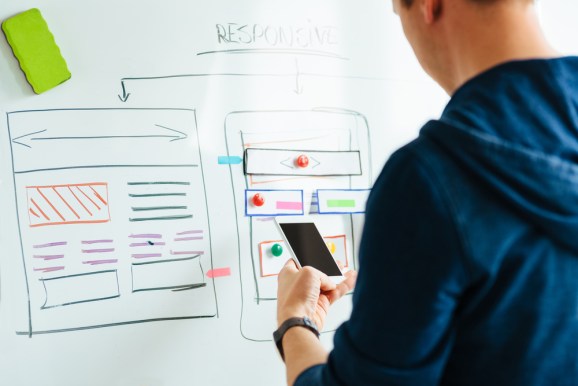 Web developers and designers have always been the bedrock of company internet strategy, and their services are more essential than ever, as web technology hits another innovation sprint. A new study commissioned by GoDaddy says this Golden Age of web development and design, signaling new small business growth and an economic boost, shows no sign of slowing down. It’s fueled largely by continued growth in the retail and travel industries — and professionals are eager to find new ways to keep up with growing demand and evolving technology.

Keeping up with the competition

The global research study, conducted by research firm Evans Data, included the United States, United Kingdom, Germany, India, Brazil, and Mexico. It found that the vast majority of web developers and designers are growing a whopping 25 percent or more a year. More than one in three is even seeing growth at 50 percent or more.

Web professionals are reporting that they’re playing a wider variety of roles than ever, and their primary focus is keeping up with the demand for services. In the U.S., it comes primarily from new and growing small businesses. Serving these companies requires a specialized blend of business savvy, cutting-edge complex technical know-how, and creative skills — a combo that’s unique to the web developer and designer roles.

Keeping those skills up-to-date is one of their most pressing concerns, all in the name of staying competitive. They’re immersed in an industry that’s continuously hurtling forward into the next new thing, with clients who are always looking to be at the forefront of innovation.

Access and avenues to education vary across geos. Unsurprisingly, online training courses are universally popular — they’re generally easy to access and comparatively affordable. In the United States, most respondents are also subscribing to industry publications, compared to just a fraction in Mexico and in Brazil. Conferences and meetups are a thing in India, allowing developers to exchange ideas and pass along new techniques and insights but in Mexico, Germany, and the United Kingdom, it’s not quite as fashionable to meet up with your peers.

As markets continue to mature and web pros continue to pour into the industry, it’s clear that educational standards across the world are increasingly necessary, especially as the marketplace becomes more global. How do you ensure that you can compete with your peers in developing markets, or keep up with mature markets? Most developers and designers support a universal certification program that focuses on improving their skills and expertise to keep up with technology that’s constantly jumping out of reach.

But then there’s deciding what knowledge is unilaterally essential. There’s no consensus, it seems, about what kind of skills are the most important to grow. In the United States and India, developers are very focused on staying on top of technical skills, ranking them ahead of all else, while in every other region design and creative skills edge slightly ahead as the top priority.

In the U.S., too, developers rank project management and business skills right up there with technical skills, but it’s nowhere near as important for web developers and web designers in other regions.

This could be an artifact of market maturity. In emerging markets like India, Brazil and Mexico, web development is not entirely democratized yet, meaning it’s not as easy to go free range as independent web developers and designers. There, large companies tend to be the major web development resource, and the infrastructure that allows for independent or individual developers to thrive does not quite yet exist.

In the U.S. where a thriving small business economy is fueling increased demand for web developers and desingers, it makes sense that developers are eager to continue to manage client demand as well as search out new business prospects and land new clients.

Across the globe, the primary drivers of business are pretty consistent in every market. Web developers are primarily selling new services to existing clients, but finding new clients is always an urgent concern. Even when they cost more to find and retain, growth is the primary goal.

And then, revenue per client can also vary widely based on where the web professional works. In India, for example, only one in three clients provides revenue of at least $10,000, while in Mexico and the United States the majority of clients each provide that amount.

You also see that longevity in the market is varied throughout the world. The newest web professionals are mostly in Mexico, India and Brazil, where approximately half the number of respondents in each area have been in business for under five years.

Overall, the study illuminates a booming global industry that has become integral to not just small business growth but the overall health of a digital economy. The skills web professionals require touch on every corner of the tech industry, including mobile, AI and bots, and the growth of messaging platforms.

For instance, two in five respondents said they now need to tailor web pages specifically to be optimized for the mobile web across devices, with the majority reporting they spend most of their time on mobile, and 56 percent of professionals report that tools like Slack are their primary method of communication with clients — though rumor has it that VR is the next frontier of client communication.

But really, in web design and development, there’s no such thing as the next frontier any more — revolutions in tech don’t so much appear on the horizon as much as land right in your lap, demanding attention. And web professionals, the study seems to show, are on the case.